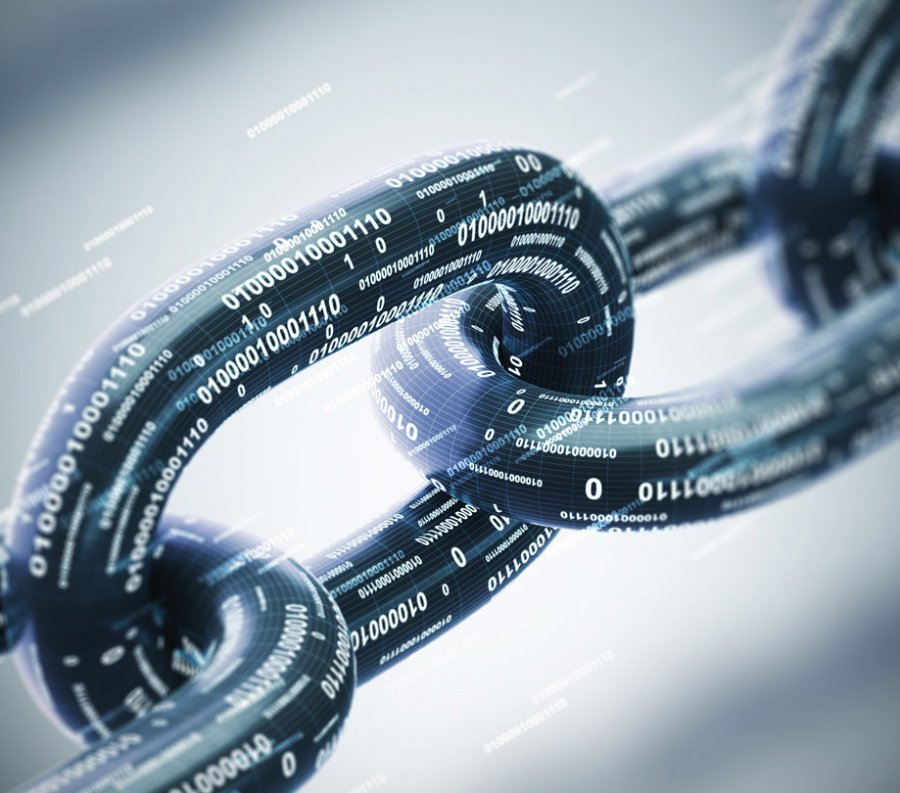 We spoke with Greg Forst, Factom Protocol Marketing Chair, about how many organizations are developing Blockchain Dapps with Factom (FAT protocol), and what developers can expect when they get involved too.

The Factom blockchain is a decentralized publication protocol for building record systems that are immutable and independently verifiable. It enables secure storage of data without disclosing private information or requiring trusted intermediaries. Unlike other public blockchains, Factom uses a distributed ledger architecture that allows related entries to be linked chronologically in a chain for more efficient storage and retrieval.

Paul Snow founded Factom in 2014, with the aim of providing developers with a faster, less costly network for the creation of decentralized applications (dapps), without bloating Bitcoin.

We recently spoke with Greg Forst, Protocol Marketing Chair about leading dapps building on the Factom protocol and how these use cases are disrupting their industries, from the supply chain, to national defense, to healthcare data. Plus how developers access the blockchain, and what to expect. And why developers looking into dapps should build on the Factom protocol to unlock new transaction speed, data security, and user accessibility.

ADM:  What is Factom and what does it aim to achieve?

Forst: The Factom Protocol is an open-source, enterprise-grade, and developer-friendly blockchain platform, utilized by the U.S. Department of Homeland Security, the Bill and Melinda Gates Foundation, and other leading enterprises. Our technology is so appealing to these enterprises because it provides high throughput and easy integration into legacy systems, without the need to handle cryptocurrency.

The protocol allows fixed costs to accurately budget projects, whilst securing unlimited data via simple API integrations. Factom sets the standard in data integrity for government and industry, with real-world use cases in medical research, courtrooms, border security, and more. Our aim is to be the integrity layer of data. 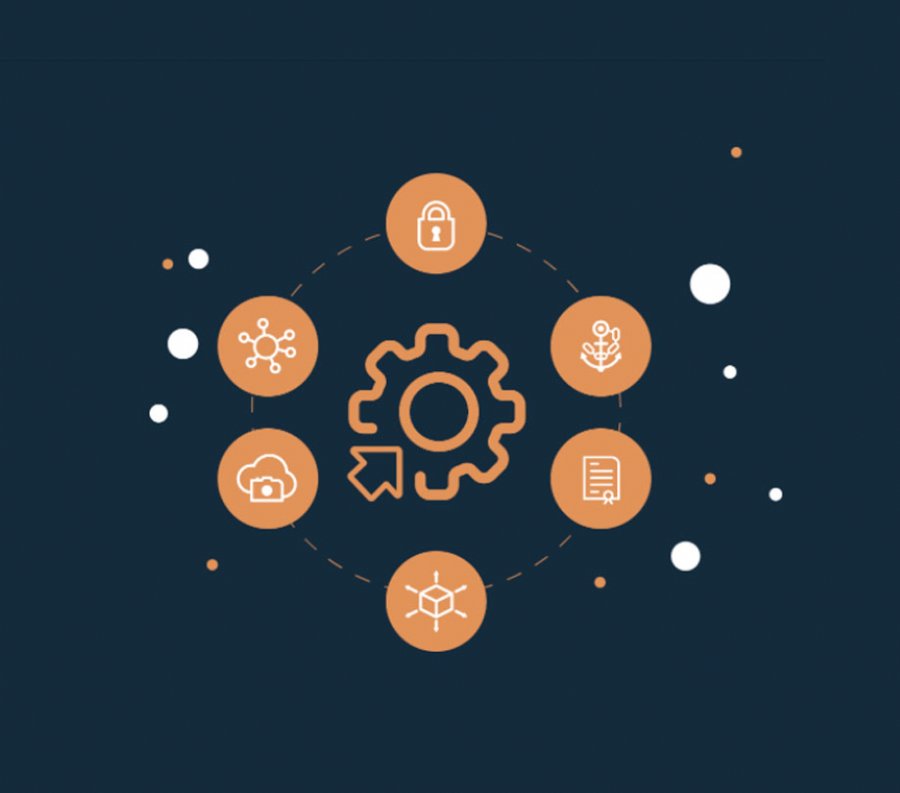 Forst: There are multiple factors which differentiate Factom as the protocol of choice. For starters, we use the languages that developers already know, such as Python, Java, .Net, C# or .js, making us uniquely friendly to traditional developers. We want to be the gateway into blockchain technology and are scalable from the ground up.

Unlike a lot of other protocols, building on Factom does not require the user to hold crypto. We leverage the strengths of the Bitcoin network and apply them to the creation of powerful decentralized applications, without bloating Bitcoin.

Further to that, users can operate on Factom for an exceptionally low cost, at $1 per 1000 transactions. Other protocol costs fluctuate with the crypto market, making them impossible to incorporate into a budget.

Lastly, our unique approach provides multiple options, with public, private, and hybrid blockchains available, allowing us to cater for a wide range of needs and use-cases.

ADM: Tell us about Factom’s work with the US Department of Homeland Security and the Bill and Melinda Gates Foundation.

Forst: Our grant work with the US Department of Homeland Security (DHS) began in June 2018 and has been focused on IoT devices. IoT security issues include raw data, undisclosed surveillance, and hacking attempts. As these become more prevalent, the need to protect IoT data is stronger than ever — particularly with organizations such as the DHS, which deals with incredibly sensitive data.

As increasingly more personal data is collected, individuals and businesses alike must fundamentally shift the way data is recorded in order to truly protect it from increasingly complex attacks. Factom’s goal with this work is to demonstrate how IoT devices can maintain a high standard of reliability while eliminating the ability to modify or disrupt data from ground sensors and cameras.

Our work with the Bill and Melinda Gates Foundation tackles e patient data privacy concerns and a patient’s right to own their data, a significant issue in healthcare. Patients trust hospitals and healthcare providers to safeguard their sensitive data. However, this information is usually collected over a lifetime and contains some of the most intimate facts about a person. How can individuals claim ownership of their healthcare records and remain assured of their record’s integrity?

The issue of patient record stability and ownership is critical in developing nations, and as a result, Factom has developed a portable medical wallet for the Bill & Melinda Gates Foundation to record a patient’s medical information on a blockchain. Each individual has a secure medical identity that cannot be compromised regardless of changing governments or healthcare environments. Each healthcare record can be securely transported between different clinics and the owner can be assured of the record’s integrity. Given that records are checked against a blockchain, and not a potentially corrupt or temporary landscape, the data remains safe forever. 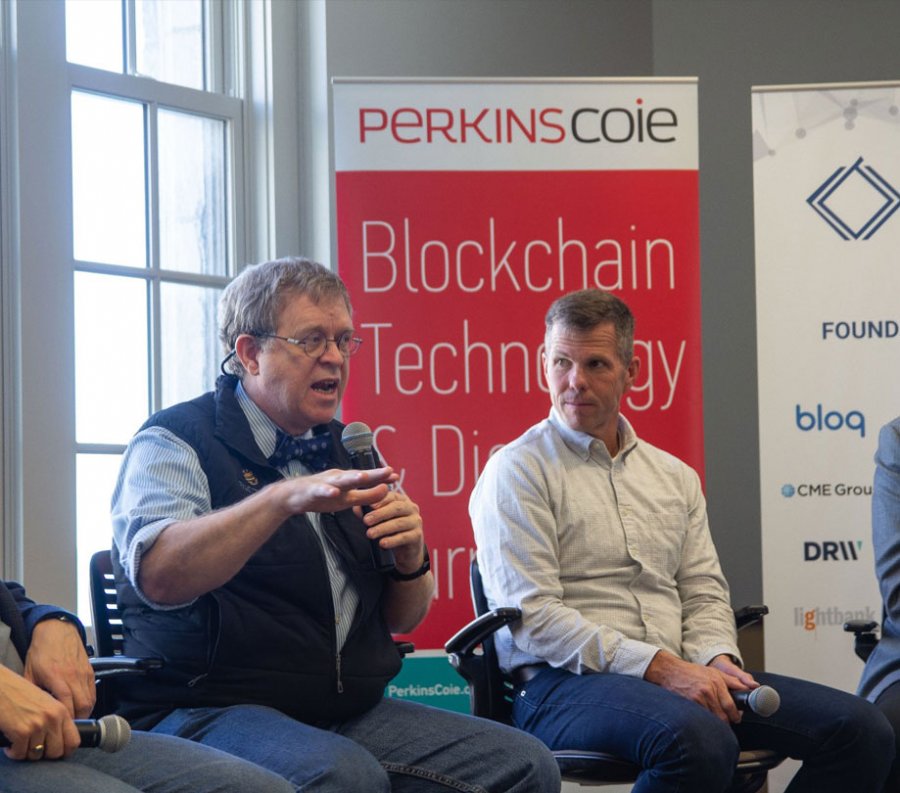 ADM: How is the Factom protocol deployed in the fields of medical research and border security?

Forst: In the medical research field, blockchain technology in the collection and processing of clinical trial data will become the gold standard. Among other promising use cases, blockchain can provide the many stakeholders involved in a clinical trial with indisputable proof that data has been recorded at a set time under a verifiable condition.

With regards to border security, many IoT use cases could benefit solely from the ability to absolutely trust that the device’s outgoing data has not been tampered with. Data generated by IoT devices is rendered trustworthy by anchoring it into the blockchain because the blockchain cannot be altered or destroyed. By building robust hierarchical identity management capabilities into the core blockchain protocol, Factom solves for common IoT security problems. Unlike most identity management solutions, identities on a blockchain have the addition of immutable timestamping, providing powerful new capabilities. Factom creates an identity chain for users or group of users and any devices or system resources. The identity chains can have attributes assigned to them and one identity chain can assign attributes to another and so on. Each identity is accessed through a set of keys given exclusively to the user which then limits access to specific devices or entities. The allowable device identities are then accessed and maintained on a blockchain without the need for consumers to update the software on their devices.

ADM: What is Factom Harmony?

Forst: Factom Harmony is Factom Inc’s Blockchain-as-a-Service platform that helps you build Factom blockchain capabilities into your applications without cryptocurrency or infrastructure. No blockchain expertise is needed to get started! We offer complete environments for exploration, prototyping, and production use cases.

Within Harmony, there are two products; Connect and Integrate. Harmony Connect offers an inexpensive, fast way to build blockchain capabilities into an application without managing cryptocurrencies, wallets, or network nodes. Whether you have a set of IoT devices that you need to account for, security camera data that needs to be tamper-proof, or even price information that you need to guarantee access to at all times, you can use Harmony Connect to secure and store that data from anywhere in the world. Our platform can be implemented in minutes and will connect you to the largest network of computers in the world, the Bitcoin blockchain.

Harmony Integrate is another core product in the Factom Harmony Blockchain-as-a-Service platform. It provides enterprise customers with a way to mitigate risk and create programmatic trust.

ADM: How does Factom leverage the Bitcoin blockchain?

Forst: Factom utilizes the Bitcoin and Ethereum blockchains to ensure that data is immutable. Factom uses a distributed ledger architecture that allows related entries to be linked chronologically in a chain for more efficient storage and retrieval. Entries can contain any kind of data.  Entry data is hashed before being written into an entry block, and the actual entry data is stored in distributed hash tables and shared peer-to-peer. Each directory block is secured in the Factom blockchain is then further secured by cryptographic anchor entries written into Bitcoin or Ethereum. 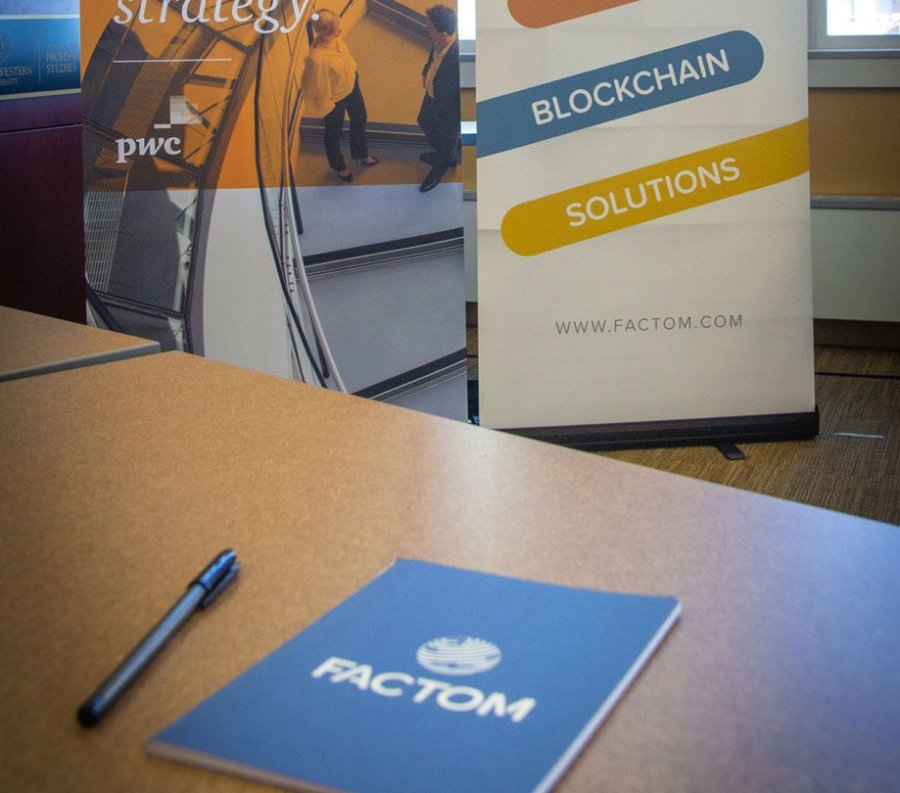 ADM: Tell us about Factom’s consensus algorithm. How does it work?

Forst: Factom’s consensus algorithm ensures that all actors are acting properly in real-time. Factom utilizes the Bitcoin and Ethereum blockchains to ensure that data is immutable. By leveraging currently existing blockchains to provide the security, Factom is able to maximize the utility of the protocol.

To use an analogy, Factom hires the best, most secure, most trustworthy auditing firm in the world to oversee its data so that everyone knows they can trust it. Think of Factom as a global Excel Spreadsheet on steroids everyone can trust. Without computers and all the security associated with them (Bitcoin), that Excel Spreadsheet would be useless.

ADM: How can developers get involved and start developing Blockchain Dapps with Factom?

Forst: Developers can have a sandbox setup fairly quickly and begin accessing our APIs in no time. Our developer community is very supportive to new members. Interested developers can find out more here.

ADM:  How does Factom interact with and support its developer community?

Forst: We pride ourselves on being developer-friendly. Our developer community is integral to our success and growth. We have several channels to support our developers. The three most prominent are the Factom Discord, Factom GitHub, and Factomize Forums. Additionally, we have a developer onboarding committee, which can be contacted at developers@factomprotocol.org.

ADM: What applications are currently being built on Factom?

Forst: Factom plays host to a wide range of decentralized applications (DAPPS). The Triall Foundation is leveraging Factom for the world’s first clinical trial in production on the blockchain. KLM is working on a DAPP to facilitate travel between two countries without a passport. Other solutions span across industries of real estate, healthcare, security, banking, criminal prosecution, and beyond. Factom’s superior record system is appealing to an endless number of use cases.