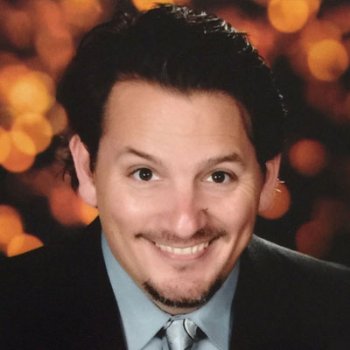 As the Publisher and Editor for App Developer Magazine, Richard has several industry recognitions and endorsements from tech companies such as Microsoft, Apple and Google for accomplishments in the mobile market. He was part of the early Google AFMA program, and also involved in the foundation of Google TV. He has been developing for mobile since 2003 and serves as CEO of Moonbeam Development, a mobile app company with 200 published titles in various markets throughout the world including the top GPS location app Chirp GPS. Richard is also the founder of LunarAds, a mobile cross-promotion and self-serv mediation network for developers. He has been a featured presenter at trade-shows and conferences, and stays active with new projects relating to mobile development.
All articles by Richard Harris

If the web were multiuser in 3D

John Payne predicts that the web is the metaverse for 2023 and the real metaverse will emerge as an extension of the web and internet, AI will simplify content creation and speed it up, why it will grow fast without VR, how metaverse platforms will e...

Developments likely to be big in 2023

Dean Coclin shares his 2023 development predictions including which big developments we will see, how Matter will become a standard, how code signing will prompt a cloud race, why the EU digital wallet/identity will be adopted worldwide, what's on th...

Tight labor markets will remain in 2023

Mark Ralls from ActivTrak predicts that in 2023, tight labor markets will remain, focus and collaboration will emerge, and VR will be dead on arrival. He also explains why AR will accelerate learning, that AI will augment every function of work, and ...

Cloud computing skills will be in high demand for 2023

Drew Firment from Pluralsight predicts that Cloud computing skills will remain the most relevant and in-demand skills for 2023. He also discusses upcoming cloud trends, what the cloud landscape will look like, the increased adoption of multi-cloud, a...

App development to improve with insights from behavioral data

Yali Sassoon from Snowplow predicts that organizations will seek to build better apps with granular insights from behavioral data in 2023, plus that the data product manager/management roles skill set will continue to gain traction in the coming year...

Patrick McFadin from DataStax shares his 2023 predictions about AI/ML workloads, Kubernetes, why WebAssembly (WASM) data analysis projects will become hot in 2023, plus why we could witness a major cloud provider start a pricing war....