Next
Richard Harris
11/2/2016 11:14:23 AM
11/2/2016 11:14:23 AM
You will pay 22 percent more to acquire users in swing states right now
Acquire Users,Subscription Apps,Mobile Purchases
https://appdevelopermagazine.com/images/news_images/Political-Swing-States-App-Users-App-Developer-Magazine_qngunhqx.jpg 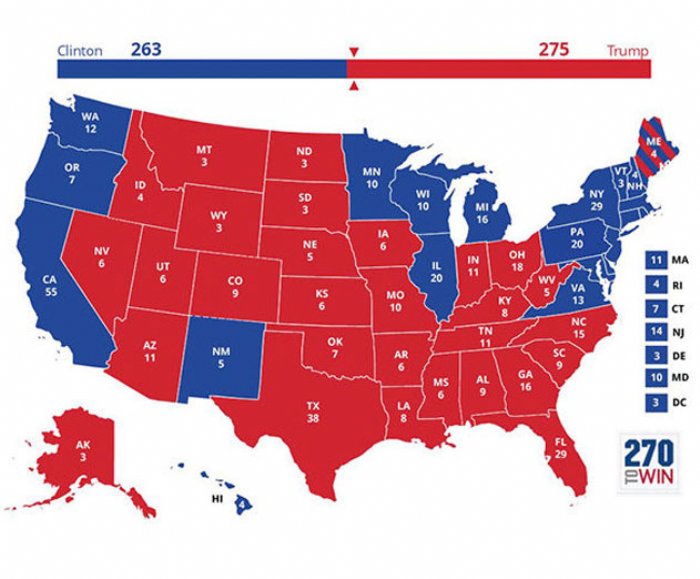 
120,951
Liftoff just released new benchmarks examining the mobile behaviors of Republicans and Democrats by state. The data highlights the key differences in mobile marketing trends across red (Democratic-leaning), blue (Republican-leaning) and swing states (those with support for both parties) to underline the mobile divide between parties.
Most notably, the data indicates that marketers with subscription-based apps could pay 22 percent more to acquire subscribers in swing states than in non-swing states. When looking at Republican and Democratic states overall, the greatest variation came from the cost per registration, which cost an average of six and a half times more in blue states.
Based on an analysis of more than 900 million total ad impressions and 1.1 million app installs collected in September 2016, Liftoff found the following differences:
Even app marketers are getting crowded out of swing states as the election approaches.
When it comes to acquisition costs, the findings showed a great amount of divergence among swing states. Swing states are classified as those with similar amount of support for both parties, and absolutely critical for candidates to secure and win in each election.
Upon analysis, Liftoff found that marketers with subscription-based apps who want to acquire consumers in swing states will pay a whopping 22 percent more compared to non-swing states. Moreover, the data showed that marketers within mobile gaming will pay an 11 percent higher acquisition cost for in-app game purchases in swing states.
Washington, D.C. has the highest rate of mobile purchases with over 91% of people making an in-app purchase.
According to the data, Washington, D.C. -technically a blue state has the highest in-app purchase rate at a staggering 91 percent. This means that mobile users living in the nation’s capital are not only installing, but actively using apps at a shockingly high rate much higher than any other state in the U.S.
When analyzing mobile purchase data among red states, Wyoming is the clear winner with 55 percent of users installing and going on to use the installed mobile app.
The Republican states most active within apps are unlikely suspects: Wyoming, South Dakota and Montana.
Data showed a high amount of activity from three surprising red states: Wyoming, South Dakota and Montana. These Republican states are among the lowest for population in the entire nation. In fact, Wyoming is the least populous state in the US with just under 600,000 people. Despite its low population, surprisingly Wyoming has the highest subscription rate at 33 percent higher than the leader among blue states which is Hawaii at 21 percent.
Looking at the other data, South Dakota holds the highest purchase rate (shopping) among red states at 8 percent and highest mobile reservation rate (travel) at 71 percent. Additionally, the state of Montana, with a population of just over one million, holds the highest registration rate for dating apps at 56 percent. Among the blue states, Vermont yielded the highest amount of dating app registrations with a rate of 57 percent.
Deep blue states have 65 percent higher acquisition costs for subscription apps than deep red states.
California, D.C., and Maryland are considered “deep blue” based upon their support for the Democratic party according to FiveThirtyEight, Presidential Nominee Hillary Clinton is projected to win these states with over 99 percent of the vote in her favor. Interestingly enough, the data shows the deep blue states have a 65 percent higher acquisition cost for subscription apps than deep red states Alabama, Oklahoma, and West Virginia meaning marketers must spend more if they’d like to win over users from California, D.C., or Maryland.
When analyzing the differences in mobile behavior between red and blue states, it’s apparent there’s a divide in many ways.