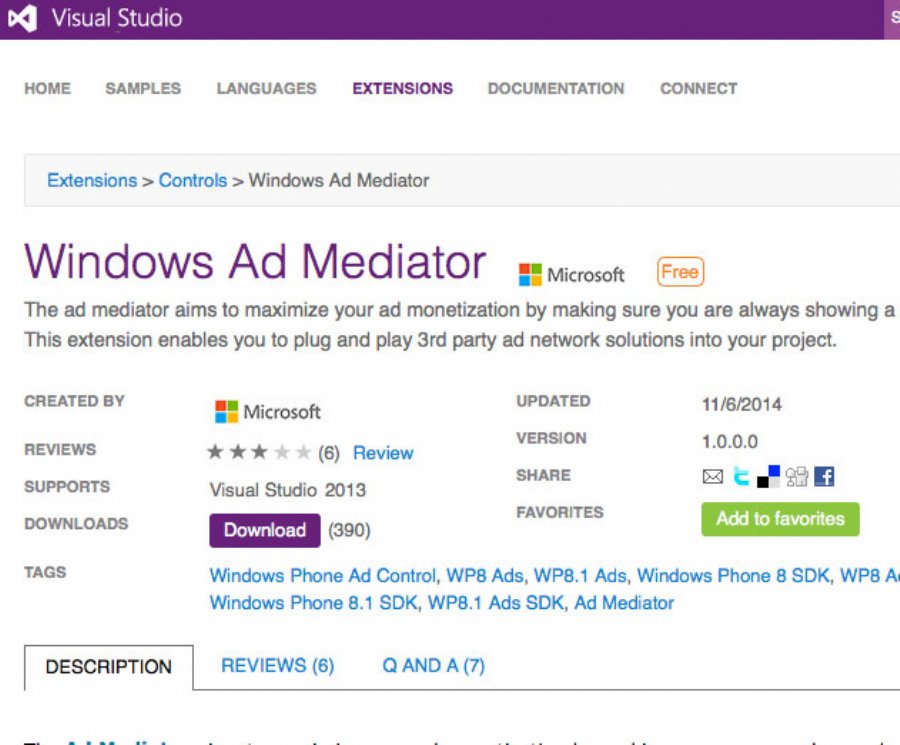 
4,616
The Windows Mobile team has announced the availability of Windows Ad Mediation, a solution designed to help Windows Phone developers manage multiple in-app advertising SDKs.
The solution allows developers to increase fill rates by deploying multiple ad networks in a way that when one ad network is unable to deliver ad inventory, the app calls a second or third ad network, and so on to generate what is known as an impression waterfall. This waterfall approach optimizes for fill rate and can provide an increase in revenue.

- Increased ad revenue through higher fill rates
- Tailored ad experiences based on market-specific dynamics, using different ad SDKs
- Dynamically optimized ad configuration to drive the highest yield
In testing, the Windows ad mediation delivered a fill rate of over 95%, with a measurable increase in ad revenue. Developers can expect results to vary based on ad network mix, target markets and timing.
Initial launch partners include Microsoft Advertising, AdDuplex, Inneractive, and Smaato. The inclusion of the Microsoft Advertising SDK is recommended as it is the most commonly used ad control in Windows and Windows Phone apps. Developers can also use additional SDKs from companies like AdMob, InMobi and MobFox. Each partner ad network has varying geographic coverage and unique options, giving flexibility to use the mix of ad networks that perform best for a specific publisher.
Windows ad mediation capabilities are initially launching for Windows Phone 8.0, 8.1 Silverlight and 8.1 XAML. Microsoft is still exploring solutions for tablet and PC apps, as well as other types of apps such as those developed using middleware.
To take advantage of the opportunity, Windows developers can insert the ad mediation code into an app, select the ad networks to include, choose a base configuration in the Windows Dev Center and submit the app update to the Windows App Store.