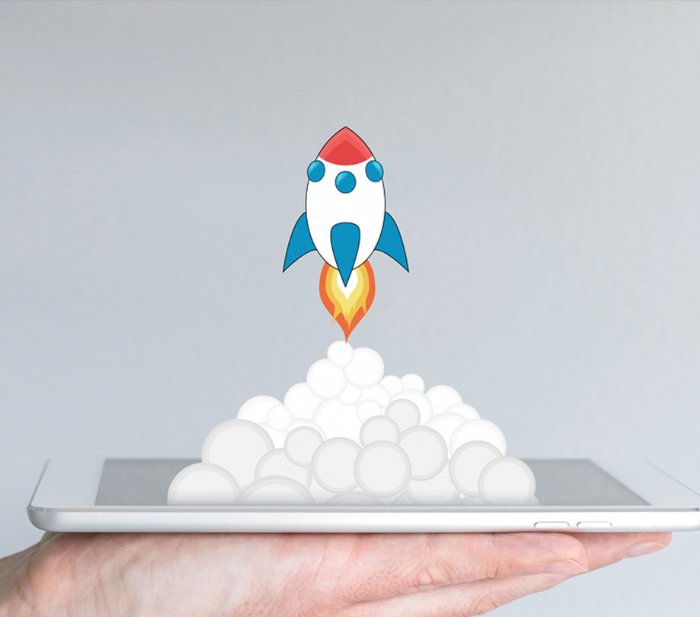 The difference 5G will make to your apps

App developers should be aware of what 5G network mobile speeds are going to affect their apps. Antonio Pellegrino offers some insight in this exclusive interview.

Since 5G will allow for higher volumes of data to be processed at much faster speeds, new technologies like public edge platforms are emerging as necessary tools to help developers reduce latency and enable their software to function as desired. With this new era of computing, the ability for developers to deploy code securely, reliably, and quickly to the edge of the network will greatly drive innovation while ensuring functionality. Mutable is a company offering a unique public edge cloud offering and is a recent graduate of the UpRamp Fiterator program, an accelerator program backed by CableLabs that amplifies startups with promising technologies within the cable and connectivity industry. Mutable's CEO Antonio Pellegrino recently chatted with us and gives an expert look at the benefits of using a public edge platform to deploy and host app code, cloud-native platforms, and changes in latency that developers can expect to see with the rollout of 5G.

ADM: What are the benefits of using an edge platform to deploy and host app code?

Pellegrino: Though many developers are still using traditional data centers and cloud-based hosting for their applications, there’s been a significant pivot to hosting code on the cloud edge. This switch is happening because as edge computing grows, developers are seeing a distinct latency and reliability difference when deploying their code and apps. Typically, when apps are deployed in the cloud or in traditional data centers, the latency time for users is greater than 60ms.  When supported by localized edge datacenters and microservices, apps that require critical connection times receive super low latency that is typically less than 15ms. That’s huge for connected apps such as remote gaming, autonomous vehicles, and IoT, which require almost instant server communication.

ADM: Why did you decide to create a public edge cloud platform?

Pellegrino: We are a team of software developers that have experienced many of the computing issues inherent in deploying across different cloud providers and regions. As the need for lower latency began to take shape and evolve into new use cases and product offerings, it became clear to us that there would be a need for a specialized public edge cloud that could host and deploy app code securely, reliably, and quickly to the edge of the network. By providing a platform that sits on top of existing footprint and cloud solutions, we can allow developers to host code on a unified, federated cloud that extends 25 miles all the way to the user.

ADM: How will latency requirements change for smart apps when 5G rolls out?

Pellegrino: Smart apps, or connected apps, are the future of applications both for business and consumer use. Growing industries like IIoT require instant communication and connection with apps that are running machines or predicting real-time data for businesses. When crucial actions are being completed by these types of smart apps, latency needs to be as low as possible to make sure machine error is minimized. For 5G especially, industry experts are predicting a jump to 10x less latency than with the 4G infrastructure currently in use. By using edge computing, processing can happen extremely close to the user (or device) which will impact how quickly apps connect and communicate while being used.

ADM: How does a “cloud native” platform perform differently than traditional on-premise platforms?

Pellegrino: There are many advantages to “cloud native” architecture: scalability, redundancy, standardized toolsets, predictable performance, resource management, and pricing -- to name a few. From the developers perspective, cloud platforms provide rich graphical and programmatic interfaces that allow for complete control and management. In terms of “cloud native” code, you can expect the use of these advantages for performance and cost gains.

ADM: When do developers need to use cloud native platforms to deploy code?

ADM: What type of security requirements are needed to host code on the edge?

Pellegrino: The inherent nature of edge networks provides the first layer of security, so the connection between users and the edge data centers are direct. This closed loop network provides a set of security features which are highly desirable. Use cases such as IIoT, digital healthcare, smart cities, to name a few, not only benefit from low latency but the underlying security infrastructure of edge computing. The operators of edge data centers are already compliant with regional and national standards such as HIPAA and are well positioned to support localized apps for GDPR compliance.

ADM: What are some challenges developers can expect to experience when beginning to host applications on 5G or using edge data centers?

Pellegrino: The distributed nature of edge computing requires developers to use different application architecture and design, and with this the main required paradigm shift is toward microservices and container-based architecture. This entails breaking up large monolithic applications into smaller sets of services which may entail using different databases and programming languages. it is also important to have rich analytics and logging tools that allow for overall live monitoring of the highly distributed deployed applications. If you were looking at a single server before this transition, you may be looking at hundreds after hosting applications using edge data centers.

Pellegrino: Giving power to developers to own the complete lifecycle of a feature or a service has both benefits and challenges. As stated above, if done correctly, developers are able to deploy in daily cycles vs monthly or weekly. This rapid iteration cycle drives innovation based on real-time user feedback loops. The developer and the product teams, in general, are now able to advance feature sets, fix bugs, and optimize user experience in an almost real-time fashion. The complete automation of the app deployment life-cycle frees the developer from waiting on someone else to deploy and manage their code. DevOps, in essence, is a collaboration from the entire operations and development team to create an agile work environment when building and deploying code. Automating this process increases speed, reliability, and accuracy.

ADM: What type of industries are most important for Mutable?

Pellegrino: We are proud to be working with UpRamp, a connectivity startup accelerator based out of Boulder, Colorado that helps startups get traction and product market fit inside the cable and connectivity industry. They’ve given us a tremendous leg up in helping us fine-tune our messaging to express the unique benefits we bring to this space. The connections to decision makers and influencers has been invaluable. With the insight and support provided by UpRamp and leaders within the cable industry, we have developed a strategy specific to their needs as virtualization is creating a monumental transformation.

ADM: What steps have you taken to stand out among competition as a startup in the space?

Pellegrino: The Mutable Cloud and the Mutable Public Edge Cloud move beyond the traditional cloud and edge cloud platforms by joining microdata centers from cable, wireless, and cloud providers to ensure availability wherever your code is requested. Code requests are taken by ISP edge centers which are typically 25 miles or less from where the app is being used, and operating that close to the user is how we minimize latency to less than 10ms. Developers operate in a microservice environment which allows for rapid deployment of hotfixes and new features.

ADM: What are some of the issues app developers faced before the cloud edge was available to host and deploy code?

Pellegrino: One of the biggest challenges app developers face today is limited availability of low latency compute. For mission-critical apps, connection times are crucial to success and without using the edge, many apps still have lag times that are unacceptable to the end user. Apart from latency standards, security is another serious component of operating within a traditional cloud platform or legacy system.