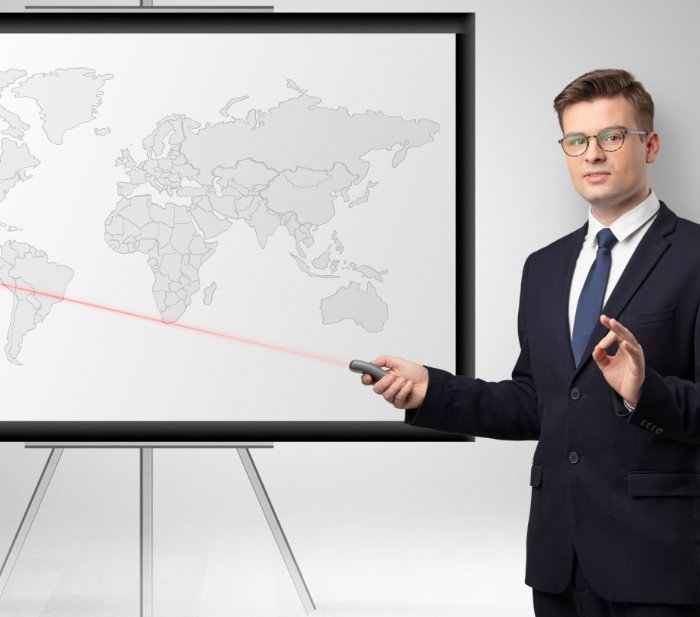 The decision to localize for a particular market will come down to cold, hard numbers: you research the market as well as you can, and if the return on investment justifies the effort, you go for it.

Mobile devices are everywhere, and so are the apps that run on them. Vast numbers of smartphones mean vast numbers of users – and irrespective of the language they speak or where they live, these users demand a wide range of specialized applications.

If you’re a mobile app developer, you may have already considered adapting your product to other markets. But what are the benefits of localizing your app? What markets would be the most profitable? And how much effort does localization involve?

Your app could easily end up flourishing in a foreign climate – but before getting started, it’s crucial to have a solid overview of the localization process.

Why localize your mobile app?

With around 90% of all mobile activity taking place within applications, app development is a booming industry. And while app developers in English-speaking countries will naturally gravitate towards their home audience, often this is only a tiny slice of a much larger global market.

China, for example, is by far the biggest downloader of Android apps. No great surprise given its massive population and burgeoning middle class, but the Chinese market should be a leading consideration for anyone developing a mobile app. That’s not to mention other key emerging markets such as India and Brazil.

Of course, apps can get some international exposure with just an English-language version – but this approach still leaves vast numbers of non-English-speaking users untapped. Proper localization has the potential to massively boost your active users and the revenue that comes with them.

Generally speaking, internationalization comes before localization. It’s the prerequisite step that ensures the app can support various types of localized content at a code level.

Fundamentally, internationalization should separate code from content, and make the job of localization easier by not chaining the app’s functionality to a specific language or market. This can be achieved through a range of best practices, such as avoiding hardcoded text strings and storing content as separate files instead.

Internationalization means providing localizers with the tools they need. It could be something as simple as switching between the UK and US date formats – if your app hasn’t been internationalized first, unnecessary complexity is added to the localization process. Currencies, postcodes, time zones, and many more variables need to be built into the app as early as possible, and of course, your app has to support the alphabets of the languages you intend to localize for. Thankfully, internationalization is becoming easier all the time, with APIs enabling a wide range of app functionality to be automatically adapted for different markets.

To localize or not? It’s not a simple yes or no decision; it’s about choosing the markets that are worth going after. First, it’s usually wise to focus on just one localization at a time – for smaller teams; this will be dictated by available resources.

In this context, it can also make sense to start on a more straightforward localization project, such as going from UK English to US English. At first glance, this is hardly even localizing at all – it’s just a case of replacing a few UK spellings with UK ones, right? But then there’s converting pounds to dollars, changing the date format, checking for culturally specific references – all the little things that add up to make localization more than a simple find-and-replace.

By starting small and only localizing for a variant of the same language, or for a nearby region that shares the same alphabet and similar cultural references, first-time localizers can get a feel for what localization entails.

When it comes to more resource-intensive localization projects, research is vital. The sheer amount of information available on various markets can be overwhelming, but a great place to start is the data you already have.

If your app already has a significant user base, you’ll almost certainly have users from outside your home market. Check your analytics: are you getting higher numbers of international users from a particular market? Read your app store reviews: is anyone asking for your app in a certain language? And what about your competitors? Are they in any other markets, tapping into demand for a service you could be providing?

Ultimately of course, the decision to localize for a particular market will come down to cold, hard numbers: you research the market as well as you can, and if the return on investment justifies the effort, you go for it. But even then, you still have options regarding the level of localization.

Test the waters or dive in?

Localization is usually performed at one of two scales: minimum viable localisation or deep localisation.

• Minimum viable localisation is the slimmed-down option, where an app is localised with minimal features and content. The MVL model still offers value to users, while requiring significantly less time and investment on the development side. It’s a great option for teams who want to trial their app in a new market without committing to full localisation – which can easily come at a later date.

• Deep localisation, by contrast, is the full-fat approach that adapts every aspect of an app for a specific market. The deep localisation model is certainly heavier on resources, but if an app is serious about doing long-term business in a chosen market, it’s definitely the way to go. With deep localisation, translation and cultural factors are high on the list of concerns.

The most obvious element of localization is of course translation – but the translation itself is far from simple. Free translation tools, as advanced as they can be, are not reliable sources of high-quality foreign-language content. For that, a professional translation and proofreading service is a must.

Good localization means ensuring your app’s content is not only accurate but also retains its style and tone. After all, what’s the point of crafting beautiful English-language content, just to have it butchered in other markets?

There’s no shortage of examples highlighting the perils of poor translation. Whether it’s an international bank’s “assume nothing” tagline becoming “do nothing” in various languages, or a popular fried chicken franchise urging Chinese customers to “eat your fingers off” – low-quality translation can result in embarrassing (if occasionally hilarious) marketing blunders.

So bad translation not only results in poor user experience and fewer downloads, it can even harm your brand’s global reputation – and this can easily be avoided just by spending a little more time and money on a professional service.

Outside of the app itself, it’s also vital to ensure high-quality translation throughout any additional marketing material and documentation. App store content is especially important to get right, forming the first impressions of your app for many users.

Some languages need their space. French, German and Spanish text, for example, can fill up to 30% more room than the English equivalent. For this reason, you should avoid fixed widths and heights for text elements in your app; the alternative is the creation of custom layouts and edited text content for each localization, and of course, added complexity.

Another design consideration is the direction of the text. In languages such as Arabic and Hebrew, words run right to the left, and this has consequences for app layout. Localizing from an English-speaking market to an Arabic one, for example, might mean simply replacing text. But how could this affect the overall design? Will the text still be readable and make sense in the context of images and other design elements?

When localizing for right-to-left script, it sometimes makes sense to flip the whole design to ensure consistency or simplify it even more by using a symmetrical layout. These methods can make the design side of localization easier to manage – but localizing for diverse scripts will still require a fine-tuned approach for each market.

Seemingly innocuous elements of app design can have drastically different effects in different markets, with certain gestures, objects and even animals having a wide range of connotations, for better or worse. Specific color combinations can also be associated with local political groups – best avoided to give your app the broadest possible appeal.

Good localization takes into consideration the unique cultural context of each market – and this is another area where high-quality translation can help. By using native-speaking translators who know their stuff, you can ensure that any culturally insensitive content is picked up early and skilfully adapted for a local audience.

A great source of localization inspiration is to look at apps that are already successful in multiple markets. The biggest apps in the English-speaking world have major footprints elsewhere, with market-dominators like WhatsApp and YouTube enjoying almost universal popularity. While huge corporations like Facebook and Google can afford extraordinarily in-depth market research, plus people on the ground in various territories, they still offer important lessons in localization for smaller-scale app developers.

Alongside top-quality translation and cultural adaptation, big-name app providers focus on user feedback wherever possible. From open and closed beta testing with native users, to monitoring app store reviews for critiques of existing localization, the best localization teams are always looking for ways to improve content and functionality. Some apps even include built-in feedback tools to constantly gather user comments.

Often held up as a textbook localization success story, the note-taking app Evernote launched in China back in 2013, before passing 4 million users within one year. Evernote remains one of the best app localization examples due to how savvy the developers regarded the intricacies of the Chinese market.

Evernote’s secret? First, there’s the name. It’s a frequently overlooked question in the localization process: what should the app be called in other markets? Should it be the same everywhere, or should it be adapted for different languages? In China, Evernote opted for a fully localized name: Yinxiang Biji – and this yielded a range of benefits. Yinxiang Biji is not only easy to pronounce for native speakers, but it also has a similar meaning to the English name. Roughly translating as “memory note” or “impression notes”, Yinxiang Biji also builds in a memorable pun by including the Chinese character for elephant – the animal featured in Evernote’s logo.

This isn’t to say you have to change your app’s name abroad. Massive companies like Google have few problems using the same name across borders – then again, it helps if your app’s name is an obscure or nonsense word to begin with. There’s also the hybrid approach taken by apps like the news aggregator Flipboard. When localizing for China, the Flipboard team decided to keep the English name in combination with the existing subtitle “Your News Magazine” added on in Chinese.

Get technical with app localization

Of course, Evernote’s success in China wasn’t solely due to a new name. The practical, technical context of the Chinese market was also carefully considered. With 3G still being relatively expensive, for example, the developers implemented a “sync only with Wi-Fi” feature to accommodate user behavior.

In general, app localizers should try to take on board the technical aspects of different markets, with many emerging economies favoring less powerful devices with smaller screen sizes and older software. In regions such as South America and sub-Saharan Africa, smartphone users also spend much of their time without an internet connection and easy access to charging. All this makes performance optimization, offline functionality and power efficiency key priorities for app developers.

If you’re thinking about localizing your app, the best place to start is usually the official app store guidelines. These are available from Google, Apple and Microsoft, and provide a wealth of information on the technical aspects of localization. By taking these into consideration alongside the range of translation, cultural and design concerns detailed above; high-quality localization is within reach for any organization. So if you have a world-class app, now is the time to show it.