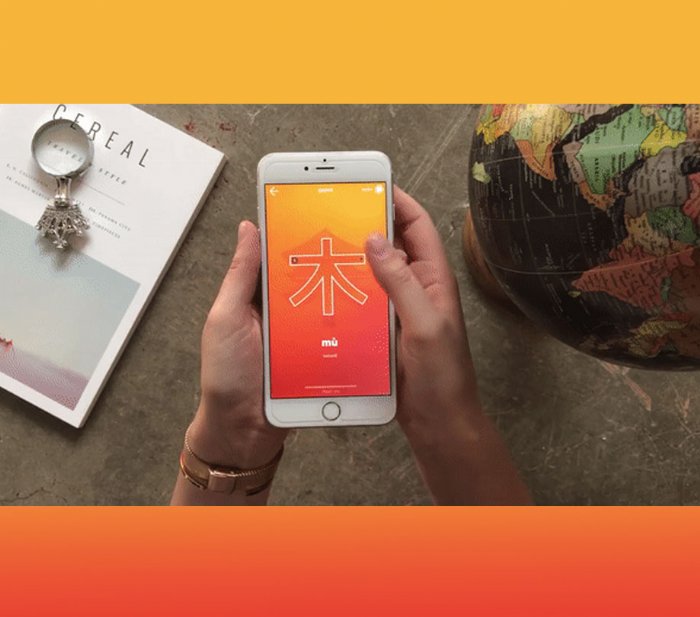 Scripts app teaches the basics of Asian character drawing in a way that looks and feels like a mobile game. The app gamifys learning by the user swiping on the screen to redraw characters on the screen.

Drops has launched Scripts for iOS and Android. With just a few swipes of a finger, users will be able to write Japanese Kana, Korean Hangul, and traditional Hanzi characters. In the coming months, Scripts will add simplified Hanzi, Thai, Kanji, Arabic, Hebrew, Russian Cyrillic, and Hindi.

In the past few years, Americans have expressed significant interest in learning Asian languages – a trend many attribute to Asian countries’ growing global influence. Even languages spoken in American homes are shifting, with Chinese now the second most popular language spoken at home after Spanish.

Yet, for many beginners who want to get started with learning character-based languages, the writing system, lack of an alphabet, lack of cognates, and status as a tonal language prove to be difficult. There is a high barrier to entry for many Asian language learners.

For the first time, Drops is offering an intuitive way to learn how to write character-based language systems through Scripts. Learners will be able to learn each character through a mix of fun games where they will be shown step-by-step instructions on how to draw the character with their finger on a smartphone. The physical act of drawing a character makes it more fun and realistic for the learner, while also increasing retention.

Drops has exploded in popularity, recently surpassing 7.5 million downloads and on its way to 5x user growth in 2018 alone. Drops’ short, visual games make language learning a fun part of millions of users’ daily routines. The company has been adding underserved languages, such as Hawaiian and Icelandic, with plans for more niche languages in the future. They’ve also significantly expanded their content slate, and now have thousands of words across 31 languages.

“Learning a new language is often seen as an impossible challenge for many, especially when foreign characters are involved. Drops was built around the teachings of visual learning, so we are uniquely equipped to remove traditional challenges from character drawing, helping people learn, stick with it, and also have fun,” said Farkas.