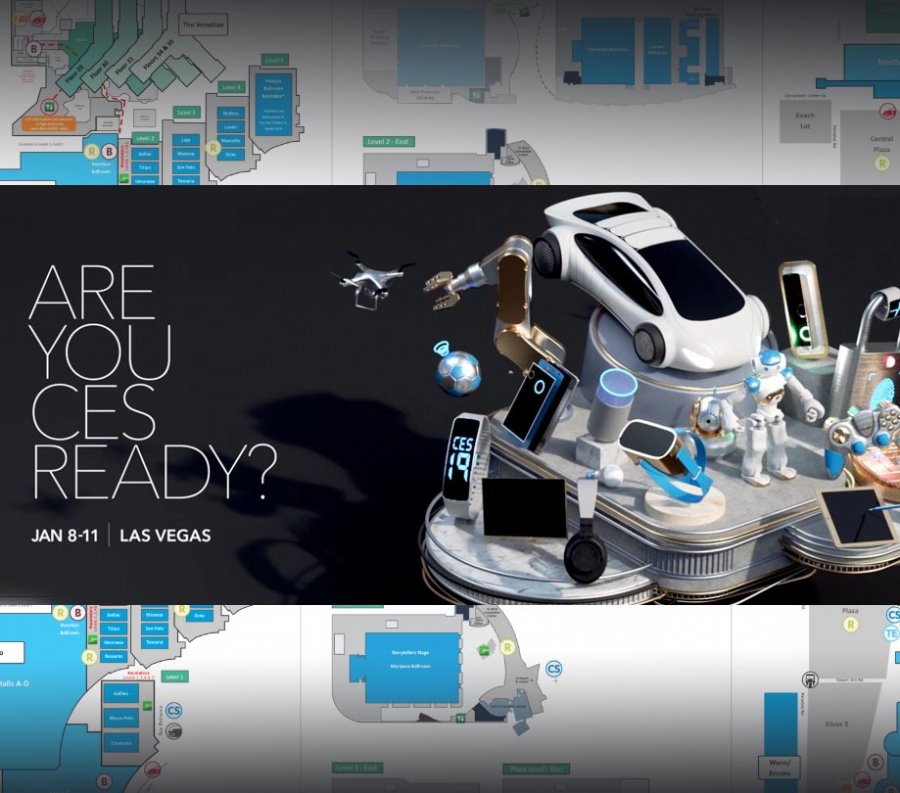 What to expect at this year's International Consumer Electronics Show. CES has been showcasing tech innovations for over 50 years. This year, smart home audio and appliances, Alexa-integrated earphones, and companies touting progress in AI development are to be highly expected.

CES 2019 is almost here, but before the lights come on and the crowds begin to gather, here’s a sneak peek at what Futuresource Consulting expects will be the key tech trends to hit the global consumer electronics stage in January.

Headphones will make a big noise

Headphones have been making a resurgence over recent years and the category’s ascendance shows no signs of stopping. Listen out for big news on hearables, voice assistants and True Wireless.
True wireless

Expect to hear announcements on a range of new and improved offerings, from a variety of established and emerging brands. This will be the year of extended battery life, with many products leaping beyond the eight-hour mark, due to a new Qualcomm chip.

Bluetooth 5.0 and USB-C charging will also be popular and inevitable upgrades, becoming entrenched within all form factors. Sony has already hinted that its new True Wireless products are expected in 2019. Will they be released at CES? It’s not certain, but that would be a logical step. Keep an eye on Sony.

All signs point towards more USB-C headphones in the wired category, after the iPad Pro switch to USB-C. This area is undersupplied, so it’s the perfect opportunity for a savvy vendor to emerge with a strong product.

Look out for more Alexa integration in headphones, in the wake of Qualcomm’s new Alexa developer kit. Google Assistant integration should also be in amongst the announcements. However, wake-word technology is unlikely to make an appearance yet, though it would be a show-stopper if a product was released.

This relatively-new category has ushered in a number of crossover brands, with Wear&Hear and Oticon heading to CES to showcase hearable products. Be on the watch for nascent technologies from the likes of Audio Analytic, as they showcase new directions in hearables.

Crucial headphones news from the brands.

New opportunities are pushing through for home entertainment headphones with 3D audio, immersive technology and head-tracking for a true cinematic experience. Explore Dolby Dimension, created for in-home listening, as well as Audeze Mobius, which is in contention for a CES innovation award.

A new Pioneer over-ear active noise canceling model, the S9 has just been released with Google Assistant. Microsoft Surface over-ear headphones will also be on display.

Start-up, Noveto, is one to watch and will be showcasing a new type of focused audio called Sowlo, which emits audio directly to the user’s ears.

It’s highly likely that there will be more wearable audio devices making an appearance, such as the JBL Soundgear and Bose Soundwear.

Now that voice control has pervaded the smart home, there will be plenty of talk on the subjects of AI and IFTTT (if this then that) from a range of vendors and technology providers. Watch out for discussions and solutions that center around smart home user scenarios, such as lights coming on in a certain mode, along with curtain commands, heating and associated triggers when the homeowner approaches their house.

Get ready for a range of new Wi-Fi and hubless smart home devices, particularly in lighting, with more Wi-Fi offerings in light bulbs from the likes of LIFX and WiZ.

Alongside the new tech announcements, companies will also be pressing home with ways to address privacy and data security concerns. This will be a talking point across the smart home category at CES.

It’s no surprise that Amazon and Google will continue to dominate at CES 2019, with no news about Samsung’s Bixby so far. However, there could be announcements around voice and audio collaboration, with Amazon already mentioning this at IFA in September 2018.

Facebook has also claimed that it will add Google to its Portal hardware product in the near future, despite Sonos abandoning the idea of adding Google to Sonos One in 2018. Futuresource doesn’t believe that Facebook will have a booth presence at CES, for just the one product that doesn’t yet interact with many other products.

Works with or integration?

CES 2019 will reveal whether most brands focus on a ‘works with’ or integration strategy. If integration begins to take the lead, it will be interesting to explore how and why vendors are choosing the VA that they choose. Will many (or any) still believe they can get Google and Amazon in the same product?

Plenty of activity from smart speakers

There were many smart speaker launches at IFA in September 2018, notably from Bose, B&O, Libratone, and Marshall. As a result, the Samsung smart speaker is playing catch up, but should be launched at CES 2019 and available for examination.
Futuresource believes there will be many more smart speaker announcements at CES 2019, although they may not get the attention that they deserve, as voice technology is focused on penetrating other devices.

In many instances, putting smart tech in a speaker has done nothing for sales, so brands are starting to look at other ways to differentiate as voice is becoming common. Watch out for any new ways in which brands try to lever the competitive edge.

Some announcements will be seen around Bluetooth speakers with voice control, although Futuresource isn’t sure at this stage which brands will take the lead, but forecasts suggest that product will land at competitive price points of around $100.

A range of brands will launch smart speakers with screens at CES 2019, as JBL, Alibaba, Tencent, Xiaomi and LG become entrenched in the segment, and Facebook already has product available in the US, although international roll-out is not yet confirmed.

Soundbars step up the game

Voice will penetrate soundbars more aggressively at CES 2019, so expect announcements from LG, Sony, and a few other brands, including Samsung if it focuses on Bixby. However, immersive audio is still a much bigger focus for soundbars and was the key soundbar technology at IFA in September 2018. Futuresource expects immersive audio to continue to grow and move down the price points in 2019. Watch out for some major soundbar announcements at CES 2019.

TV trends to watch for

An array of 8K TV sets will be showcased by the top brands, as they continue to jostle for position and expound their credentials in the premium segment. Expect a focus on upscaling technology, which will be promoted as a way to resolve the lack of 8K content in the near term.

OLED gets a boost

With Futuresource data showing 69% growth in OLED TV shipments in 2018, this technology will remain a focus for many brands. Although OLED TVs have been around for a few years, there is an increasing number of brands including them in their ranges at more competitive retail prices. This is now having an impact at retail, with many consumers putting OLED at the top of their shopping lists. In addition, with LG and Samsung using OLED and QLED respectively to target the growing premium segment, expect major promotional activity highlighting their individual features and benefits.

Voice assistants (VA) are the latest development in an attempt to improve and expand upon the often clumsy user experience with TVs. Google’s Android-based assistant and Amazon’s Alexa are at the center of this arena, and will be prominent at CES 2019, with the ability to work in conjunction with other devices, but expect Samsung to make some noise with its own in-house developed Bixby VA software.

AI as an ecosystem

AI is still at a very early stage in terms of true intelligence, as the offerings do little more than offer basic assistance with a set of well-defined tasks. Nonetheless, the big AI developers are in the midst of a land grab to get their software on as many devices as possible. The aim is not only to build an eco-system in which consumers become reliant on their bespoke offering, but also to help gather more data on user behavior, which can eventually be used to generate revenue through highly-targeted marketing activities.

The final word on brands, 8K and OLED

Futuresource expects more expansion and improvement of OLED and 8K ranges, with announcements across the show. Hisense has recently launched its OLED range, so expect their production models to be prominent.

Chinese brands will be the likely entrants to 8K, although Futuresource research hasn’t seen anything available just yet. Samsung is the only brand not to have shown OLED in recent years, and Sharp looks like it is about to enter OLED. LeEco looks like it has yet to show OLED or 8K, whereas Vizio hasn’t gone with OLED, but it has previously shown a QLED, so it’s more likely they will go with 8K at CES 2019. Haier has also yet to show an 8K set.