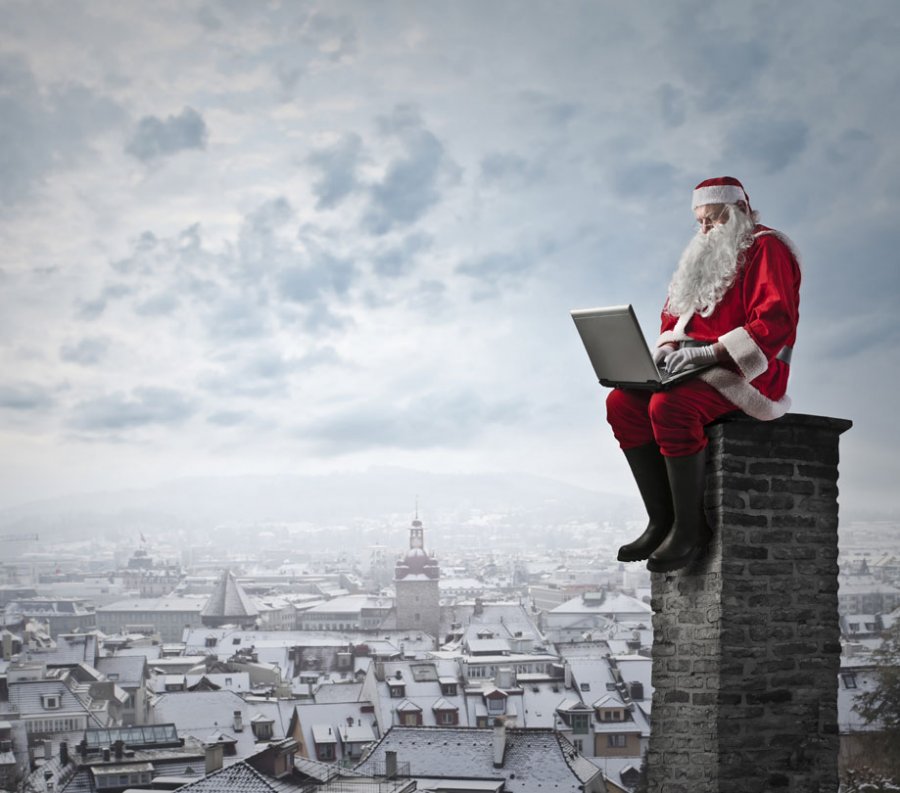 The best gift ideas for programmers, app developers, designers, and nerds in your circles that are hard to buy for. These suggestions are written by a group of app developers that know what we want!

Why is it so hard to buy something for techie people? It’s probably because they seem to just “get” whatever they want at the moment the need arises. Programmers, developers, and designers can be some of the worst about it too, because a lot of what we need to have just to do out jobs, falls in the category of a gift to ourselves too. Yeah - I really did need that iPad Pro with a new Apple pencil, and the new AirPod headphones help me make phone calls while I’m programming on my new Mac.

So to help all of those poor souls out there searching for something to buy the super-nerd in your life, I offer to you the following top suggestions that I know any developer, programmer, or designer will love - and probably don’t have.

Don't freak out, these aren't nearly as expensive to buy as you might think and even though there are hundreds of choices, a good starter 3D printer that they can use will send all sorts of endorphin signals to their brain all at once, which will automatically jolt you to the top of anyone's list. More info about the SainSmart Creality Ender-3 here

I personally own a set of the Apple AirPods and can testify they are the best headphones I've ever used. One of the worst things someone spinning in an office chair can endure is that really uncomfortable (and accidental) jerk of the eardrum a headphone connected to a cord can offer because you forgot they were in your ears. Going cordless is amazing, and the AirPods offer great sound, the ability to make and receive phone calls and listen to my music all day long. Buy the AirPods here.

When it comes to what a programmer uses to protect their most vital tool - the laptop, none come close to the quality and support the Solar laptop cases, bags, or backpacks offer. Solo literally has so many options to choose from, but the laptop backpack I carry and recommend to anyone who asks where I got it, is the Solo Reade 15.6 Inch Vintage Columbian Leather Backpack. It's only offered in Expresso color but that's the allure - it's leather so it ages so nicely. I've had mine for going on 3 years and it looks better than the day I purchased it. Not only does it carry around my laptop like a champ, but there is enough room for my iPad pro, two other phones, a solar phone charges, a myriad of cables, along with other odds and ends - all with room to spare. Get the Solo backpack here - trust me, they will love you for it.

There are so many cases one can put on their device, most of them worthy of mention. But for me - the Rokform is the elite case. It's the one that I know will protect my iPhone XS Max, or any of my testing devices like the Android Pixel, among others. What makes the Rokform so great? One - the protection it offers. I've never broken a screen or damaged a device in 5 years of using these cases. What's just as great are the mounting options they come with by default. Each Rokform case is grooved on the back to attach to any of their locked holders which holds a device tight. They even come with a built-in magnet on the back below the lock-mount that lets you stick it on anything metal (good for group pictures), and the magnet doesn't interfere with anything on the device like the GPS sensor, and the accelerometer. Rokform sells a case for any phone, find them here.

All drones are not created equal, and while you might be considering one of those wal-mart drones to get that special someone started, if you really want to get them something that is built tough, incredible to fly, and comes with awesome support - DJI stands alone. I've been flying RC planes for 20 years and switched to drone flying about 6 years ago. When I got my first DJI drone (the Phantom 4) I realized what I'd been missing. Today I fly the Mavic Pro and it's the best RC "anything" I've ever flown, ever. DJI just came out with the new Spark drone which I've heard really good things about too. Not only is this a drone you can fly, take 4K video with, and investigate property and neighbors with, DJI has an awesome developer kit that app developers can use to build apps from to make the drone even more exciting! Get the DJI Mavic here, or the DJI Spark here

Even though you may have no idea what that is, the programmer and developer you are trying to buy a gift for will know exactly what it is, and thank you for freeing their mind to create something awesome! IoT means "Internet of things" and this little device is a circuit board that has built-in chips developers can write programs to make it do stuff. The Photon is a tiny Wi-Fi IoT device for creating connected projects and products for the Internet of Things. It's easy to use, it's powerful, and it's connected to the cloud. The board itself uses a Cypress Wi-Fi chip (one that can be found in Nest Protect, LIFX, and Amazon Dash) alongside a powerful STM32 ARM Cortex M3 microcontroller. It's like the Spark Core. But better. Get a Photon kit here

One of the challenges of anyone programming for mobile devices is keeping them charged all at once so that any given moment we can grab a device and test on it. The Hercules charger comes with several cables to choose from, charges at 2.4 amps, and looks great sitting on the desk. Nab a Hercules charging station here.

The most precious asset any developer has is the code we write. It's the life bread of what we are, and what holds the hopes and dreams of getting millions of downloads in the app store. So it's uber important that code is backed up! Nothing can backup and securely store data as fast as an SSD hard drive. There are many to choose from but I personally use Sandisk devices. They come in all sizes too - 500 GB should give any developer plenty of space to store files and assets, but 1TB will probably be even roomier. Sandisk 500 GB SSD drive is here, or Samsung sells some affordable options as well here.

For reasons you can't imagine, some programmers and developers need external sources of noise and activity to help occupy a part of the brain while they are working. Smart TV's are great for this because they can stream Netflix and Youtube, and are surprisingly affordable for even a nice 32" model. I won't begin to say which are the best here but I've had good luck with Vizio smart TVs and these Toshiba models.

Programming in AR (augmented reality), and VR (virtual reality) is just about as much fun as you can do. It's still pretty cutting edge even for seasons programmers but even when not developing on the VR platform, using VR is just a ton of fun. Good VR hardware is a must, and the Oculus VR headset will certainly fit the bill and might induce fainting on Christmas morning. Get the Oculus headset here.