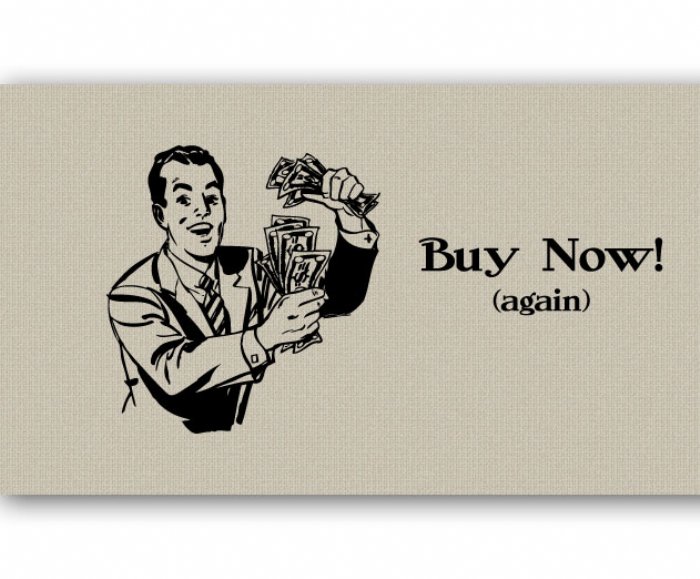 Over 50 Percent Of Mobile Users Who Buy Something, Buy Again!


1,923
Is the second in-app purchase more important than first? In terms of targeting app users, it is a critical action, according to Tom Farrell, Director of Marketing for Swrve.
In a recent article, on the Swrve website titled “The Time Critical Nature Of Second Purchases,” Tom gives these numbers: only 1.5% of users make a purchase in a given month and of those only 50% go on to purchase again. So these second time purchasers are 50 times more likely to make a purchase at any given moment in time than non-payers.
According to Farrell, “That data suggests that mobile app developers should be investing time and effort in delivering alternative experiences – whether within the app, or via in-app messages – to users who have paid and not paid.”
And timing of that second purchase is also important. Farrell cites figures from Swrve’s January Monetization report, which took data from millions of game players in January. The company found that the median time for users from first to second purchase was 1 hour and 40 minutes. However for 25% of players that second purchase was made within 5 minutes of the first purchase.
So as Farrell points out, “Clearly there is a significant opportunity to target those users who have just made their first purchase – as this is a ‘receptive’ time when a second is not just possible, but likely. But doing this requires an extremely fast reaction to this changing reality. It is vital to not only understand what has just been purchased, but process that information and feed it back to the app – so that the user is offered complementary purchases – or indeed more of the same.”