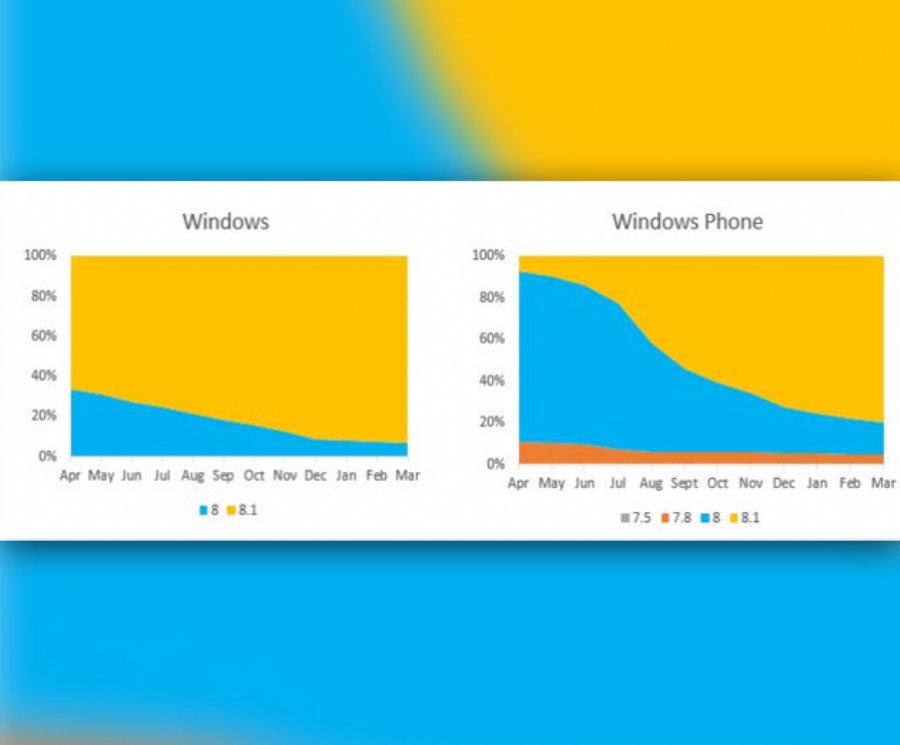 
9,517
Microsoft has released the latest Windows Store trends across categories, markets, and more for Q1 2015. Microsoft provides the quarterly analysis to help app developers understand general trends can help determine what types of apps to build or where to focus development efforts. Data from the Windows Store is presented alongside Windows Phone Stores.
Windows and Windows Phone 8.1 Adoption Trends
- In March approximately 93% of Windows Store downloads were from customers running Windows 8.1 and 80% for Windows Phone. This adoption trend has been steady over the last two quarters.
- Windows 8.1 and Windows Phone 8.1 have been the primary operating systems over an extended period of time.
Windows Phone Device Breakdown
- Breaking down the percentage of downloads by device memory shows that 67% of app downloads are now coming from low-memory devices. For Windows Phone 7.x devices a low-memory device is defined as 256MB or less of RAM, but on 8.x devices low-memory is 512MB or less of RAM.
Downloads Per App Category
- Games continue to be the most popular category for all devices, along with Tools & Productivity, Music & Videos, and Social. The Games category for Windows continues to grow and now accounts for over 45% of windows downloads.
Categories with Highest Incremental Download
- Games and Tools & Productivity are again in the top five for both Stores, a trend that has been steady for the past 9 months. These stats are starting to see some change as new device technology begins to gain traction. For example, while Social is still the #1 category in both Stores, Photo has been growing steadily and is now a very close #2 on the Windows Phone platform.
Downloads by Market
- Windows Store is available in 242 markets, and Windows Phone Store in 191 markets. While the United States is the market with most downloads on both platforms, other markets have grown rapidly. The addition of carrier billing in India, Brazil and Vietnam has resulted in an uptick in app and in-app purchase downloads in these markets. The distribution of downloads shows there are other markets generating a significant number of downloads, such as China, France, United Kingdom, Mexico and Russia.
Windows Store Customer Languages
Language is a key driver of downloads and adoption. Offering apps in English only will reach 16% of Windows Phone customers, but supporting the top 10 languages will reach 65% of total users. In line with the increasing downloads from India and Brazil, the Brazilian Portuguese and Hindi languages grow this quarter by 2% and 3%, respectively. English continues to represent a significant market share (30%) of tablet and PCs users.
Monetization
Paid apps continue to decline as a percentage of overall revenue as well as in absolute revenue. In-app purchase (IAP) is the top revenue generator for developers, accounting for over half of the revenue in each category. For the quarter, in-app purchase generated 55% of all developer revenue.