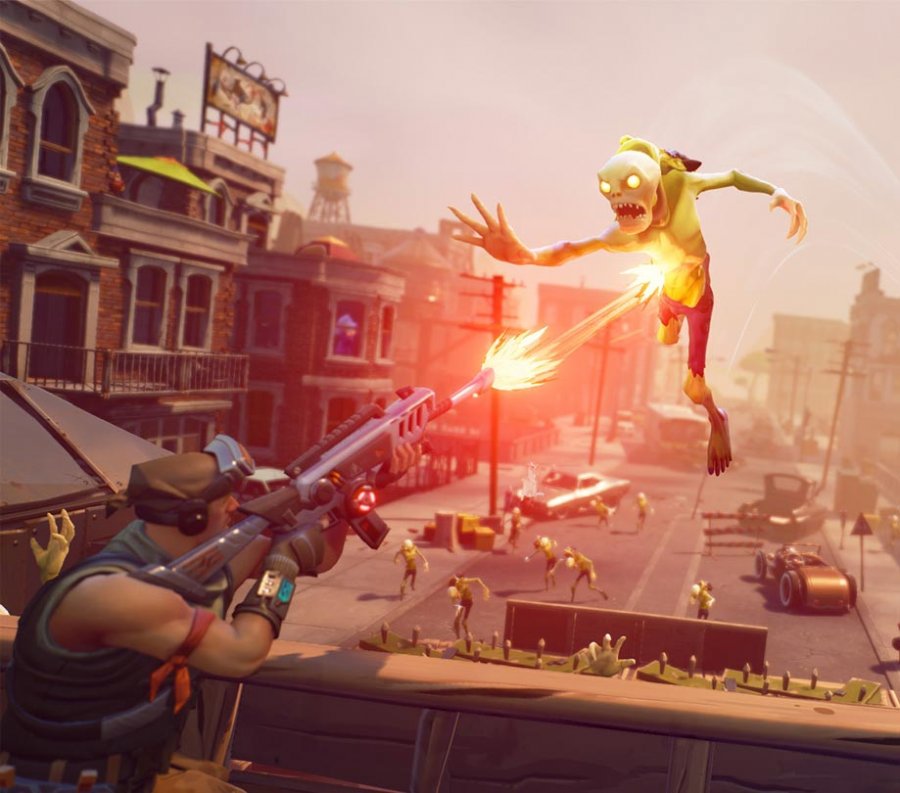 What game developers can learn from Fortnite's rise

Has Fortnite peaked? And why is it that hefty software updates can contribute to decreased gamer loyalty? That's what we seek to find out through a recent conversation with Adrian Wilkins of Limelight Networks. We talk about the challenges that game developers face to make sure their games can stand the test of time, how and what to potentially focus on with game updates, plus the coming trends that game developers need to know.

Fortnite took over the video game world in 2018 and reached over $1 billion in sales, reaching every gaming fan with experiences on all the major consoles, mobile operating systems and even streaming platforms like Twitch. However, Fortnite seems to have reached a plateau with a recent study by StreamElements revealing viewership of the game has steadily declined since July (link below).

This is a challenge many gaming companies face: creating experiences that build hype and attract gamers, while also ensuring their games can stand the test of time. To accomplish this, developers must strike a balance between deploying new, flashy features (like Fortnite’s trending victory dances) and incorporating technologies that create high-quality, disruption-free gaming experiences.

Supporting the likes of Gamevil, Pokemon, Universal and Marvel, CDN provider, Limelight Networks has closely analyzed consumer behavior and understands the types of performance challenges that can cause gamer frustration, and ultimately Fortnite failure.

So we caught up with Adrian Wilkins, a Solutions Engineer at Limelight Networks to chat about how game developers can learn from Fortnites strategies for keeping players engaged, what he thinks they got right, and what they got wrong.

ADM: Fortnite took the video game industry by storm this year – why do you think the game was so successful?

Wilkins: Fortnite is easy, fun and competitive – all while you’re having an adventure at the same time. The game takes you on a journey.

With its unique spin on Battle Royale, you can be creative in your building and gameplay. It brings a fresh new dynamic for gamers to enjoy playing as well as watching others play. Plus, Fortnite gained significant publicity from well-known gamers such as Tyler 'Ninja' Blevins who has one of the most viewed streams for a single person.

ADM: What can the video game industry learn from Fortnite’s success?

Wilkins: Epic reused a tried and tested method of game mode, but this time they took it to another level and added in new dynamics. We have seen EA and Activation reuse and repackage their main titles Battlefield and the Call of Duty series, but these games don't change much and now even have a Battle Royale mode.

ADM: Why do you think Fortnite is now declining in viewership?

Wilkins: Fortnite’s declining viewership could be due to other recent games releases. As with anything new, the buzz is mostly at the beginning.

The drop could also be related to the 16+ outages the game suffered in 2018 alone. It’s easy for consumers to become frustrated when a game takes a long time to load – couple this with frequent (and hefty) software updates, gamers have likely started to shift their attention to other games that are more reliable.

While Fortnite’s viewership is dropping, it’s important to note that the game continues to dominate the 'most watched games' list.

Wilkins: Game releases have changed dramatically since the internet bubble. Many games are released unfinished with many bugs, but they now have an easier mode to update and patch these bugs. Releasing games early may help grab market share, but they may be “unfinished” from the gamers point of view.

To balance this, game developers should ensure gamers get the best possible performance.  According to our “State of Online Gaming” research, fast load times and speedy performance are gamers’ top priorities in gameplay. More than three-quarters (77 percent) of gamers reported frustrations with the process of downloading video games, so companies clearly still have work to do to meet expectations.

Wilkins: Almost all high-profile companies that need to deliver large amounts of data online use multiple content delivery networks (CDNs) and balance their traffic across them. One method to better manage and deliver traffic is to deploy processing power as close to the gamers as possible. This enables lower pings and faster performance. Another strategy is in the use of (near) real-time stats, as this allows developers and publishers to monitor their server infrastructure and traffic to scale where and when needed.

With live multiplayer games and e-sports, the ability for true real-time streaming with integrated real-time data is also gaining momentum. This makes it possible for game developers to create interactive, live online experiences.

ADM: What trends do you foresee in the video game space in the coming year? What do developers need to keep in mind as they take advantage of these trends?

Wilkins: Developers are looking to deliver game image videos frames from GPU processing farms straight to the gamer’s screen. This method relieves the need to have a high-powered gaming machine locally. This capability has become a major focus by many companies looking at a subscription gaming model. Again, time will tell if this comes to fruition.

Adrian Wilkins is a Solutions Engineer at Limelight Networks where he designs, documents and implements solutions for streaming video and online content delivery. He has more than 20 years of experience in a range of IT role.  Prior to joining Limelight in 2015 he was a sales engineer at Thomson Reuters focused on video streaming and designing enterprise video solutions for global clients.  In addition, he has experience at the BBC, UBS and other leading corporations. Adrian is based in Canada and attended Abingdon College in the U.K.