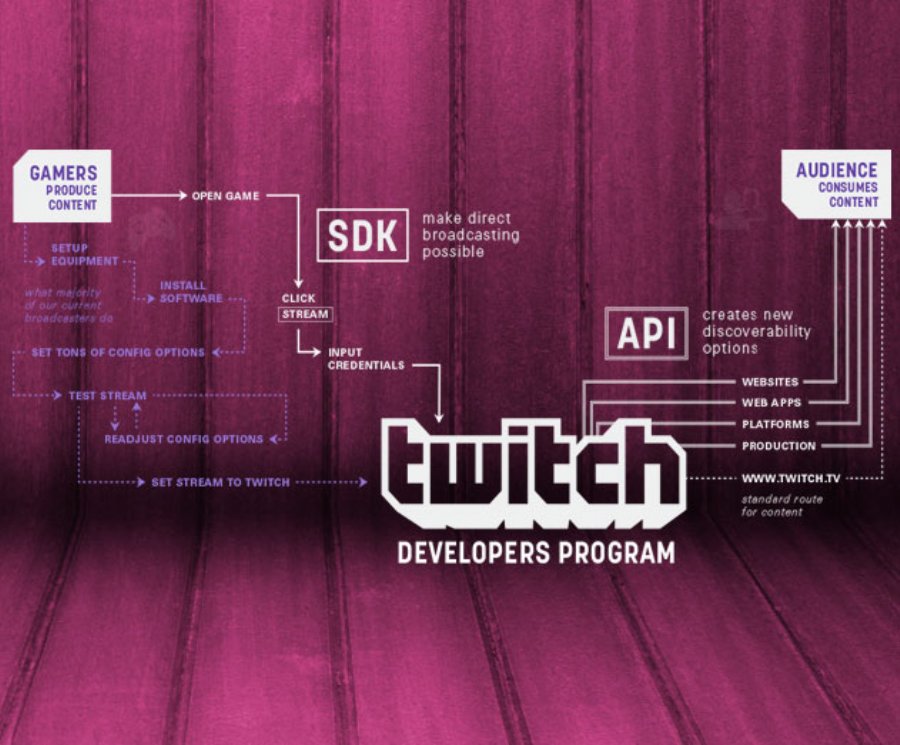 
3,353
Twitch, a video platform and community for gamers, is now offering its new Twitch Mobile Software Development Kit (SDK) too enable the live broadcasting, capturing and archiving of mobile games.
More than 45 million PC and console gamers currently use Twitch to broadcast, watch and chat about pc and console gaming. With more than 10 million mobile installs of the Twitch app on Android and iOS devices, the new SDK will help mobile gaming companies reach the Twitch community directly from their devices and across other platforms.
Twitch allows mobile game developers to drive the creation of an engaged online community around a game by enabling a one click broadcasting experience. This can facilitate the creation of authentic and engaging user-generated content, developing a catalogue of highlights that attracts new players and aids in the retention of an existing playerbase.
The Twitch Mobile SDK offers:
- The ability to capture and broadcast gameplay video and audio.
- Video capture from the front-facing camera.
- Audio capture using an internal or external microphone.
- Videos can be archived for immediate viewing on Twitch and uploaded for sharing.
- Broadcast quality can be toggled between high, medium, and low settings.
- Chat options including emoticons badges and chat colors.
- The easy discovery of related broadcasts from other gamers.
Key aspects of the platform include:
- Broadcasting enables gamers to login to Twitch and broadcast their gameplay from within the game.
- Chat gives users a single screen access to the Twitch social experience with Twitch chat in game.
- Video captures the emotional reaction of users with built-in support
- Video analytics allow developers to learn what’s popular and promote those moments to users.
- Metadata-based highlighting through embedding game data into the video streams can automatically identify compelling moments from within a broadcast and prompt users to share those specific moments.
- Community interaction through video leaderboards, daily contests, weekly best-ofs help create new channels of community interaction both on Twitch and a developers own video-enriched community sites.