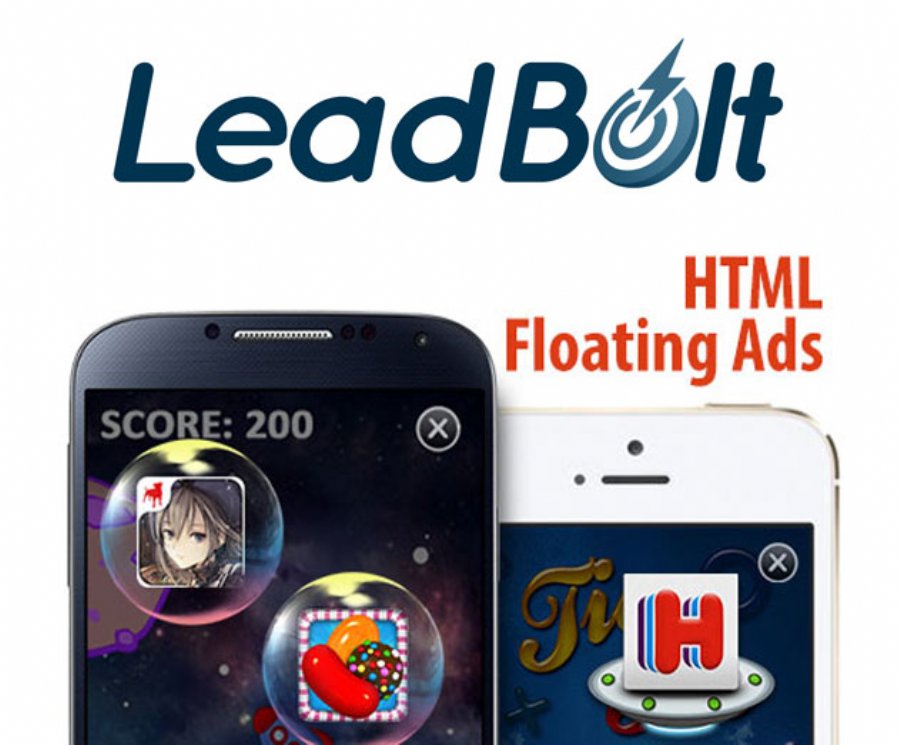 
2,103
LeadBolt has introduced its new Floating Ad technology, which overlays a mobile app with highly interactive, branded “visual bubbles” containing branded messaging that float over the screen. Users are encouraged to pop the bubbles to reveal an ad message or URL, much like a game.
Supported in HTML, Android, and iOS, developers can integrate these ad formats upon app entry and during the app engagement stage.  The HTML format is especially attractive to developers of certain platforms such as LunarAds where SDK implementation is a "one time event" so HTML like this can be plugged right into the system without the need for any app update.
“It’s undeniable that many Android developers were tremendously affected by the recent changes on Google Play policy. Some struggled at first to replace revenue after the loss of push notifications,” explains Dale Carr, CEO and founder of LeadBolt.  “Our goal was to show that innovation is still alive and strong in the mobile ad space and that good returns can still be obtained through ad supported revenue models. Early campaigns show that Floating Ads are having an immediate positive impact on the financial health of our customers and their apps.”
To learn more click on the link below.