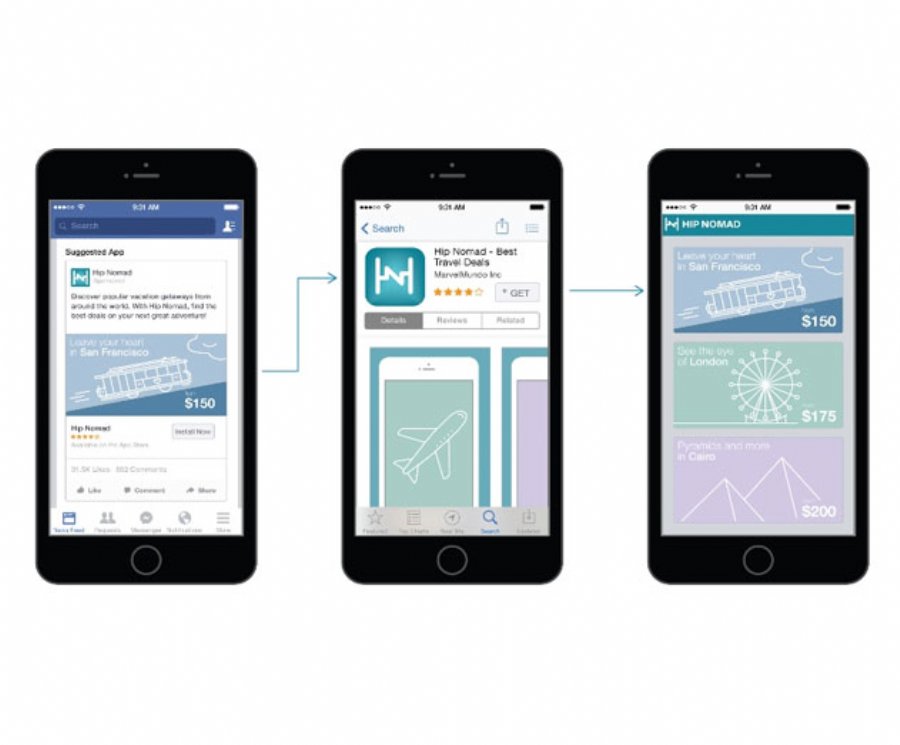 
3,271
Facebook has announced that it has extended its deep linking capabilities beyond engagement ads to now include mobile app install ads. This new feature will help developers send people directly to specific information when their app is opened for the first time.
When a person taps on a mobile app install ad on Facebook, the developer can choose to send them to a specific place in their app after it's downloaded, such as a product page rather than the homepage. This can make mobile app ads more effective for achieving a developer's goals beyond the install, and provide people with better experiences by taking them to the specific content that attracted their attention in the Facebook ad.
There are two ways developers can use this feature. One is through App Links, which Facebook already supports for mobile app re-engagement ads and for which developers can now use for mobile app install ads.
Developers using the Facebook SDK who have already enabled App Links can start deep linking with their mobile app install ads by calling implementation methods available here. For developers who haven't enabled App Links, a new field in the ad creation tool lets developers define the location they want their ads to link to.
Facebook has also introduced a new deep link verifier within their app ads helper. This new tool is designed to verify if deep links are properly set up before running app ads that use this functionality.