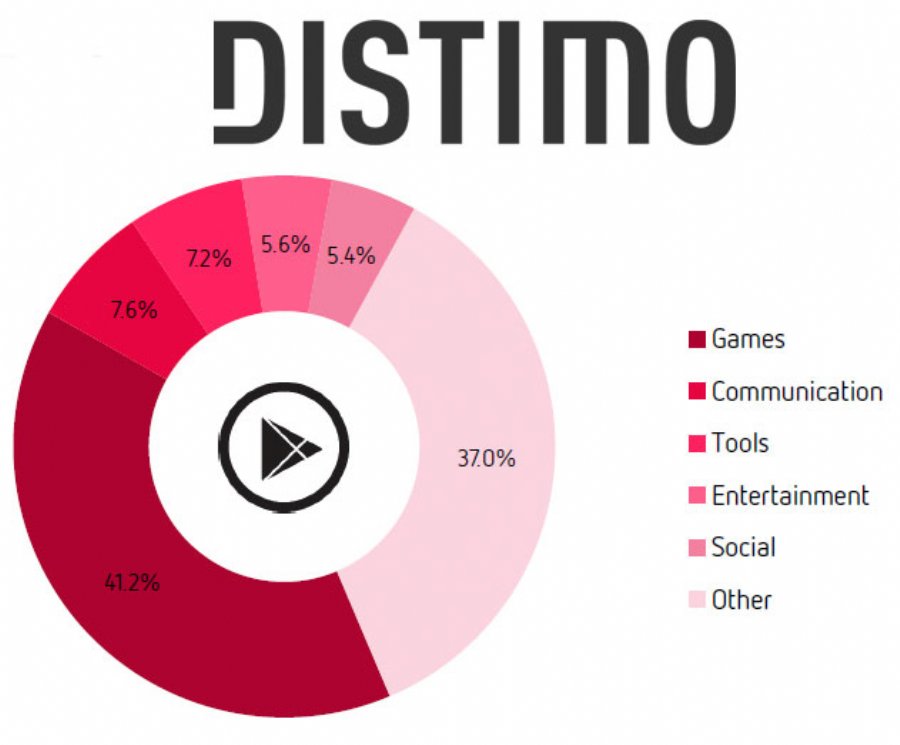 
3,625
Getting buried in the app stores with your shiny new app is like stepping into quicksand, the harder you fight to stay alive the faster you sink! At least that is how it seems. There are still so many mysteries within the app stores about how to really be successful and find your niche to get your app noticed.  But one of the best things you can do to help is learn from smart people and access resources that help demystify through numbers. Which is what Distimo is doing in its new report by analyst Melania Calinescu titled, “Unveiling the Secrets behind App Store Category Dynamics.”
So if you have questions, they have answers. Such as which category is most popular with publishers? How many newcomer apps make it to the top in a month? Could the category dynamics over time have a say in your app achieving higher positions in the app store rankings?
In the report Distimo investigates the evolution of app categories over time. On the one hand, selecting in which category to publish can impact one’s app visibility. On the other hand, comparing characteristics of various categories allows decision makers to grasp the bigger picture. Distimo’s analysis covers revenue and download trends, both monthly and yearly, successful business models and attraction of new apps. They point out what factors may have impacted the category success in February on Google Play, Apple App Store and Amazon Appstore.
The analysis is based on data extracted directly from Distimo AppIQ and it covers February 2014 and all AppIQ countries, unless otherwise stated.
Highlights of the Report
- Finance generates almost 71 percent more revenue on Google Play and 42 percent more revenue on Apple App Store in February compared to January 2014, despite a slight overall market revenue decline.
The Winter Olympic Games had a strong influence also in the app market: the Sports category generated eleven  percent more device installs on Google Play and 41 percent more downloads on Apple App Store in February  compared to January 2014.
- February is no longer a month to keep up with the New Year’s resolutions: Medical and Health & Fitness go into  red figures on both Google Play and Apple App Store. Games shows revenue superiority once again: 90 percent of all revenue generated on Google Play and 74 percent of Apple App Store revenue in February 2014 came from Games.
- Entertainment takes second place in terms of download volume, after Games, on both Apple App Store and Amazon Appstore.
- Games and Social Networking collect more than 90 percent of their iPhone revenue through the Freemium Business Model.
- Navigation is the only category that generates more iPhone revenue through Paid apps with in-app purchases than through the Freemium Business Model.
- The Business category is the most active in terms of attracting new apps on both Apple App Store and Google Play  in the free rankings in February 2014. In contrast, the gross rankings are topped by category Education on both platforms.
The report is free, I suggest you check it out for yourself.