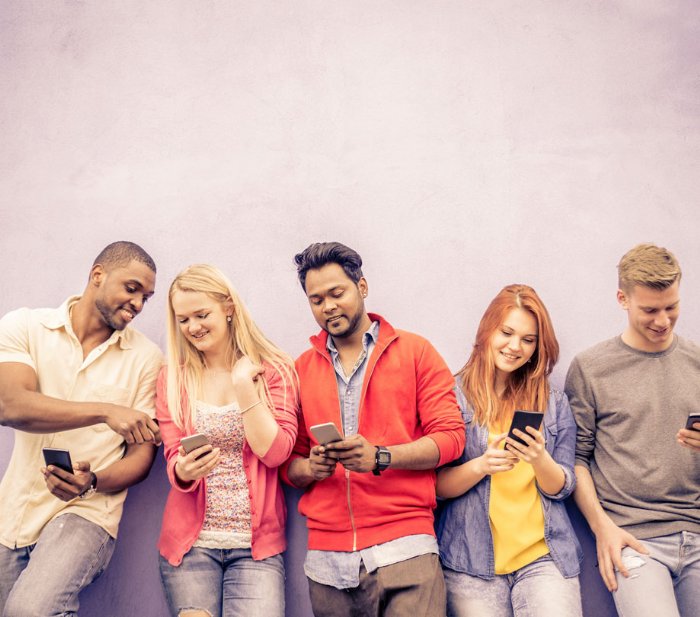 Kelly McIvor, Principal Product Manager at AdColony answers questions about header bidding, explains the surge in in-app adoption in 2021 and how to choose a platform you trust, plus the challenges that come with a hybrid model.

In this exclusive Q&A with ADM, Kelly McIvor from AdColony explains what header bidding is, how it is surging and how to choose a platform you trust, plus the challenges and reality that come with the hybrid model that includes waterfall and header bidding.

What is header bidding?

Header bidding is a term that comes from the desktop world, also referred to as "advanced bidding" or "real-time bidding (RTB)", where all demand sources, be they direct or programmatic, bid on an impression once, at their highest price, simultaneously. This is an alternative to the Bidder 1, Bidder 2 "waterfall" method.

Header bidding in-app still lags a little bit behind the larger desktop space, and publishers are still only slowly converting their ad zones from fixed waterfall to real-time header bidding zones, and often mixing in the app. However, 2020, and 2021 so far, finally saw the surge in the in-app adoption we’ve been saying is coming for years now. If you keep repeating your prophecies often enough, sometimes you get it right!

ADM: Why the surge?

McIvor: Mobile technology caught up! Header bidding started on the desktop, with actual code implemented into a webpage header (hence the name). But as with many technologies, what worked easily in desktop didn’t immediately translate over to mobile, due to different bandwidth, long-standing dynamics of app publishers with their partners, and lack of both standards and transparency.

A couple of years ago, however, enough of those issues were resolved (or dissipated) and the era of in-app bidding has arrived, meaning that the traditional “waterfall” method is getting slowly replaced and augmented by an open auction of inventory to all demand sources at the same time. Yet despite its quick adoption, the promise of header bidding is still not quite realized.

ADM: What was the promise?

McIvor: The promise of this unified open auction was very much in alignment with the way the industry was going, or at least trying to go the way of fairness and transparency.

Publishers could place their inventory with various ad networks, to be bid on simultaneously to achieve the highest possible CPM, thanks to increased volume of demand. And because ad ops teams no longer have to rely on historical ad performance data, but instead can collect and analyze actual bid request data, they can better group, price, and sell inventory.

Advertisers would be able to see more inventory and bid on ad impressions across many sources simultaneously, rather than being placed in a hierarchy of demand partners. No particular type of demand source would get an advantage over another. Sounds great, doesn’t it? The reality is very different.

ADM: What is the reality?

McIvor: The reality is that there is no consistency between platforms, and it’s not 100% “fair.” Even though everyone gets the same data to be able to show the ad bid at the same time, that’s not how it works all the time. There are mechanisms behind the scenes that prevent that from happening on a consistent basis.

The bigger issue is that while it was expected to be a gradual shift, with not everyone jumping fully into it all at once, the disparity in adoption preserved the lack of transparency and inefficiency of the waterfall. For instance, there are still important demand players (very important, actually!) publishers still want to work with that don’t support in-app header bidding yet. We’ll avoid naming and shaming, but publishers know who these laggards are. This forces publishers into the hybrid model which creates a new set of complexities.

ADM: What are the challenges of the hybrid model?

McIvor: Differences in the way that mediation platforms have implemented it. Why? Because there were practical questions that arose, such as:
1. Once you have both a waterfall and a real-time auction, who should be called first?
2. How should both demand types be handled?
3. Should fills based on historical prices on the waterfall be treated the same as guaranteed real-time prices coming from the auction?

Based on these answers, mediation platforms set up their in-app bidding accordingly, and not all were aligned. This made it even more difficult for publishers to understand how their inventory is being monetized.

As a publisher, you have some important questions to ask of your mediation platform to better understand what is happening behind the scenes. Only when you can see the exact auction dynamics will you feel confident that the technology is truly built to maximize your yield through a fair competition that doesn't favor any single competitor. 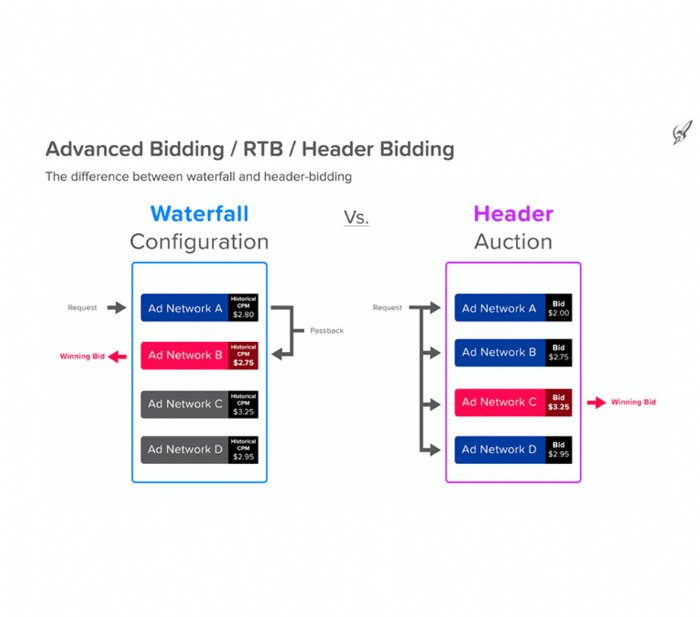 ADM: Why does trust matter when choosing your in-app bidding platform?

McIvor: Because your first-party data could be used by competitors. How? Well, your mediation platform handles your auction and can see all incoming bids. So, they can see which users are considered most attractive for bidders based on their price, and the in-house ad network could have an advantage at acquiring your most valuable users into a competing game.

In an era in which 1st-party data is becoming increasingly important, and hit games are quickly replicated, publishers must be very thoughtful about partnering with advertising and technology providers that can also be their direct competitors.

There was one instance where a studio directly cloned a game from another publisher, got users from them, and by the time the lawsuit was filed, the game was long forgotten, but the revenue had already been lost. So, you might be getting an additional 20-30% in revenue, but what is it costing you in the long run?

ADM: It feels inevitable, though. So when will everyone support advanced bidding?

McIvor: You’ll have to ask your partners. It is now possible (but will take a while) to completely recreate all the ways ads have been sold historically on top of RTB infrastructure, and the eventual result will be a much more scalable and automated way of doing business.

In the meantime, while it’s important to work with as many entities as possible to maximize revenue and opportunity, make sure it’s worth it. You need to demand partners you can trust. Look for companies that come to the table with a transparent approach and zero conflicted interest. If you suspect your partners are holding out on advanced bidding integration because of their own interests, that’s a red flag. Their biggest concern should be how much money you are making, not how to make their apps better or learn about monetization flow and methods.