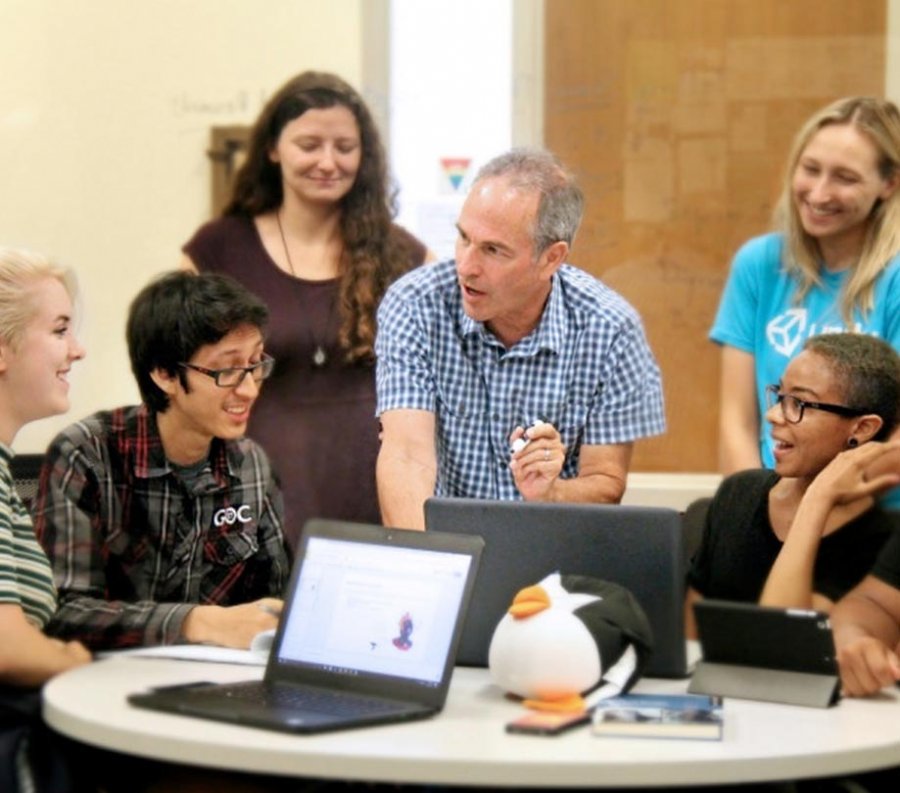 Student game development projects built for mobile, console, PC, virtual, augmented reality and more, will all be on display at the USC Games Expo on May 9th.

The event will provide a hands-on look at the future of interactive entertainment, showcasing games and innovations created by the next generation of entertainment technologists and game developers. Students and alumni will unveil projects in mobile, console, PC, virtual, and augmented reality, bringing the interactive entertainment efforts of multiple schools and programs under one roof for the first time in the University’s history.

USC Games provides students with opportunities for hands-on training in every aspect of creating games for a global audience, including design, artistry, production, and engineering. The program has become a world-class incubator, with students creating award-winning games and alumni making a significant impact in the game design field, contributing to some of the highest-grossing game launches in history.

The inaugural USC Games Expo, presented by Jam City, highlights the explosive growth of global gaming, a projected $143.5 billion industry by 2020 according to research firm NewZoo. Mobile gaming, in particular, is the fastest growing form of entertainment media, accounting for 90% of Google Play revenue and 75% of Apple App Store revenue in 2017 according to Sensor Tower. Globally, there are 3.24 billion gamers, compared to 100 million in 1995.

"The USC Games Expo is our flagship event and we are thrilled to not only be showcasing this collection of innovative and groundbreaking games and projects, but also to be joined by our fantastic industry partner, Jam City, in supporting the next generation of creative, talented, and diverse game designers," said Danny Bilson, Chair of IMGD.

"We’re excited and proud to showcase our students’ creativity, collaborative spirit, and technical depth in this breathtaking collection of games and projects," said Gaurav Sukhatme, Executive Vice Dean of the USC Viterbi School of Engineering.

"As we undergo massive democratization of what gaming is and who gamers are, the world’s best creatives and engineers are joining forces to create wildly innovative forms of entertainment media. USC Games, like Jam City, is at the epicenter of a creative downpour that has propelled gaming from a subculture to something far more mainstream and commercially dominant. USC Games gives students a chance to take a game from the concept phase to worldwide release, and the USC Games Expo, which pairs the leading mobile entertainment company with the #1 game design program, allows audiences to watch the magic of the game development process happen in real-time. As gaming continues its meteoric rise, Jam City looks forward to a dynamic partnership with USC Games," said Chris DeWolfe, co-founder, and CEO of Jam City.

The USC Games Expo will open with an in-theater presentation of the School’s prestigious Advanced Games Program (AGP) projects in the USC Eileen Norris Theatre. AGP represents a culmination of work over the course of one year in the program’s most challenging course. Guests will then get hands-on live demos of a host of curated games situated throughout the Cinematic Arts Complex across multiple platforms, featuring myriad types of play, including work from undergraduates, graduates, MFA thesis projects, alumni, and faculty.

Attendees will include luminaries and executives from across the gaming, mainstream, and industry press, as well as developer and publishing recruiters.

"We’re focused on making sure we partner with leading lights throughout the industry, from indie mobile developers to AAA game publishers to board game producers, and everyone in between: we have the best talent and we want to continue partnering with the best in the future," added Bilson.