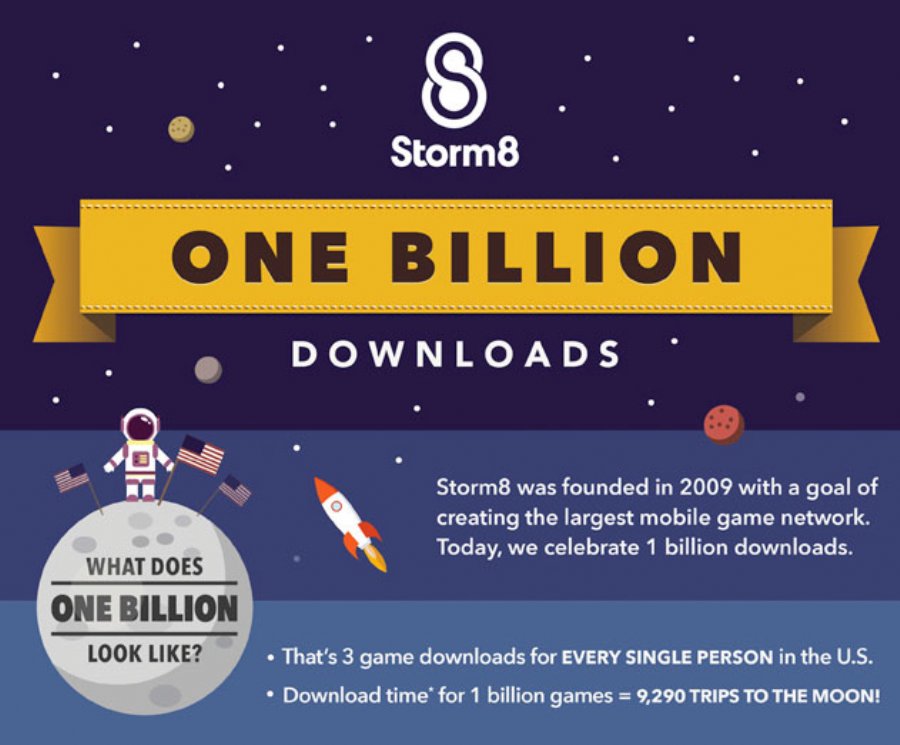 
12,917
Mobile game network Storm8 has reached the 1 billion milestone with its GDC announcement that its games have now been downloaded more than 1 billion times.
Storm8’s 1 billion downloads have led to more than 76 billion game sessions, with players logging 2 billion hours of gameplay in the Storm8 network. More details on the milestone can be found in Storm8’s 1 billion downloads infographic.
Storm8 is also unveiling a new brand identity, uniting all its game brands under the newly created “Storm8 Studios” banner. The Storm8 Studios mobile network features 45 games spanning multiple genres across Apple’s App Store, Google Play and the Amazon Appstore.
In addition to the Storm8 booth in the GDC Career Center, the company is sponsoring a Storm8 and Restaurant Story 2-branded food truck parked at 651 Howard Street (at Third Street) on Thursday, March 5, from 11:30 a.m.-1:30 p.m.