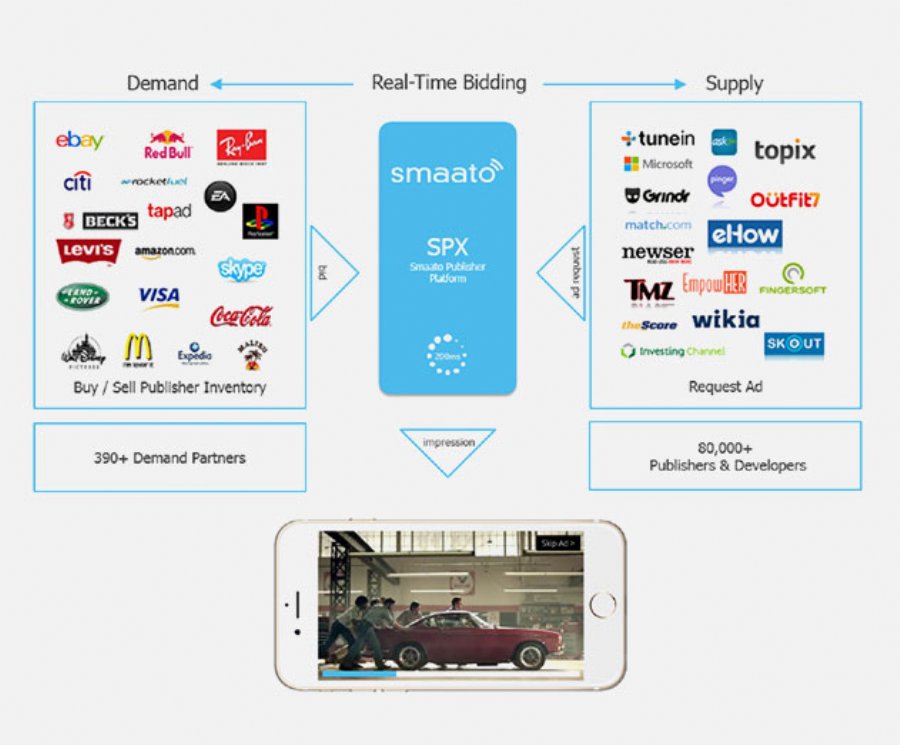 
22,309
Smaato is providing developers with new app monetization tools as the company has extended the functionality of its SPX real-time advertising publisher platform to include a native advertising builder and private marketplace functionality.
Smaato offers a real-time advertising platform for mobile publishers and app developers. Smaato’s new “point-and-click” native mobile ad builder allows developers to build native ad campaigns in a variety of formats and sizes. The new ad builder allows developers to deliver native ads where they might have previously delivered banner ads or interstitials.
Developers can also choose how these native ad campaigns are sold with the new Smaato private marketplace functionality, where developers can assign inventory to a certain number of programmatic buyers, allowing those buyers to compete for the impressions in a private auction. With the platform developers can still select a preferred deal buying model, in which the publisher sets up a first-look, fixed price, pre-auction deal for a particular buyer.
Smaato’s has also expanded its Dynamic Demand competition from three components to four. Dynamic Demand is Smaato’s real-time programmatic competition within its platform which provides the ability to choose the advertising source in the publisher’s stack that offers the highest eCPM based on:
- Direct campaigns
- Smaato’s RTB exchange and ad network mediation
- Publisher-owned ad networks
- Private Marketplace
Smaato is also improving how it makes video ad buying programmatic by certifying VAST-compliant video inventory, and allowing the inventory to be monetized via private exchanges or in the open market.