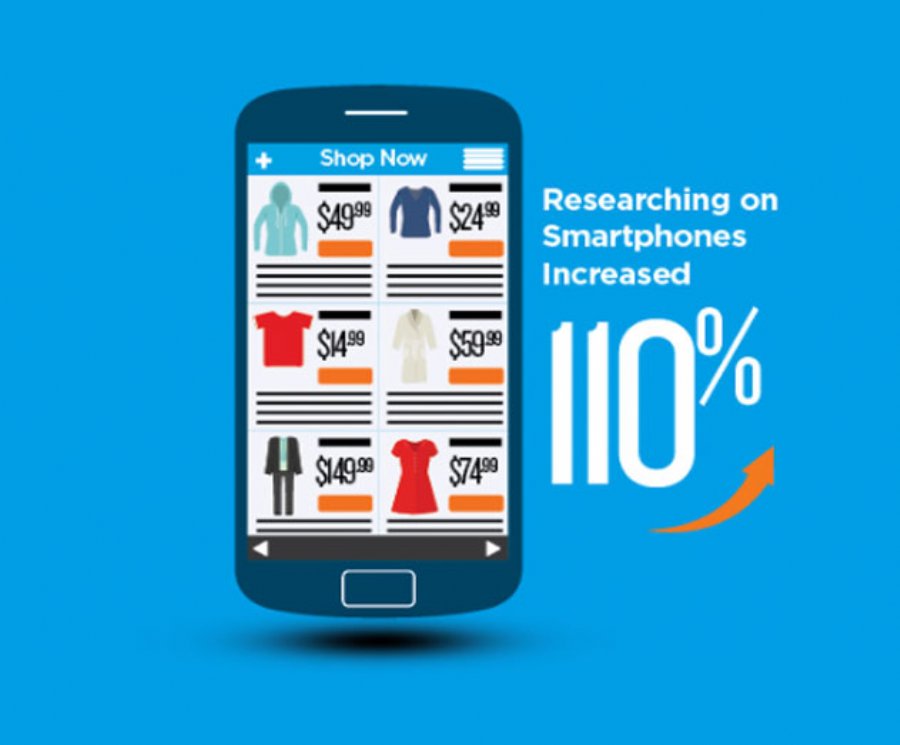 
14,934
The good news keeps coming for developers who have in-app advertising in their apps. NinthDecimal (formerly JiWire), a mobile audience intelligence company, has reported that mobile advertising drove 51 percent more store traffic for retailers than non-retail mobile campaigns in 2014.
The information was gleaned from NinthDecimal’s quarterly “Mobile Audience Insights Report,” which focuses on the retail industry and examines how mobile is increasingly influencing consumers’ path-to-purchase. The report shows that, in addition to driving 51 percent more store traffic for retailers than non-retail mobile campaigns, mobile ads provide retail marketers with a significant in-store opportunity, as indicated by insight from the report that shows consumers want to receive more mobile ads with discounts (61 percent) and sale item notifications (42 percent) than they are already receiving.
As NinthDecimal reports, “As our report reveals, consumers’ rapid adoption and usage of their mobile devices has expanded their openness to brand engagement earlier in their path-to-purchase, offering retail brands numerous touch points to influence consumer buying decisions.”
Other key findings from the report showed:
- Smartphones have replaced tablets as the leading mobile device that consumers use to research retail items, with a 110% growth in usage from 2013.
- Mobile engagement for retail consumers occurs earlier in the path-to-purchase than in other verticals, with 73% engaging with mobile ads and 81% researching items via mobile before they go on shopping trips as opposed to on-the-go.
- While in-store, 61% of consumers would prefer to receive mobile ads with promotions or sales information, but only 49% are actually being served these ads, reflecting an opportunity for advertisers to refine their in-store ad strategy.
Consumers Are Engaging With Mobile Early in Their Retail Path-to-Purchase
The report also shows that consumers are increasingly turning to their mobile devices when researching retail goods much earlier than they do when making purchases in any other industry. As mentioned earlier, the data shows that 81 percent of shoppers start looking for retail goods on their mobile devices before they visit a retail store, which indicates retailers would benefit from engaging with their audience earlier than many currently are. In addition, 69 percent of buyers begin their retail path-to-purchase at home. The process begins earliest for the most expensive items, 45 days on average, for products that cost more than $1,000, and 10 days for retail goods that cost less than $50.
Mobile Ads Are Driving Increased Retail Store Visits
This quarter’s report also measures the effectiveness of mobile advertising in driving consumers to a retail store. Analyzing all 2014 drive-to-location campaigns, the report identified that on average, consumers exposed to retail-specific mobile ads visited stores 65 percent more than consumers who didn’t see these ads. Furthermore, retail-specific mobile advertising drove a 51 percent greater lift in store visits than all other mobile advertising during the same time period.
In-Store Engagement Opportunities
According to the report there is currently a gap between the type of mobile ads served in-store and the type of ads consumers prefer. Sixty-one percent of retail consumers prefer to receive mobile ads offering discounts while in-store, but less than half receive such ads. Similarly, 42 percent of consumers want in-store ads telling them which items are on sale, while only 28 percent actually receive them. This discovery indicates that retailers could boost their mobile campaign ROI by tailoring their in-store ads to match consumer preferences.