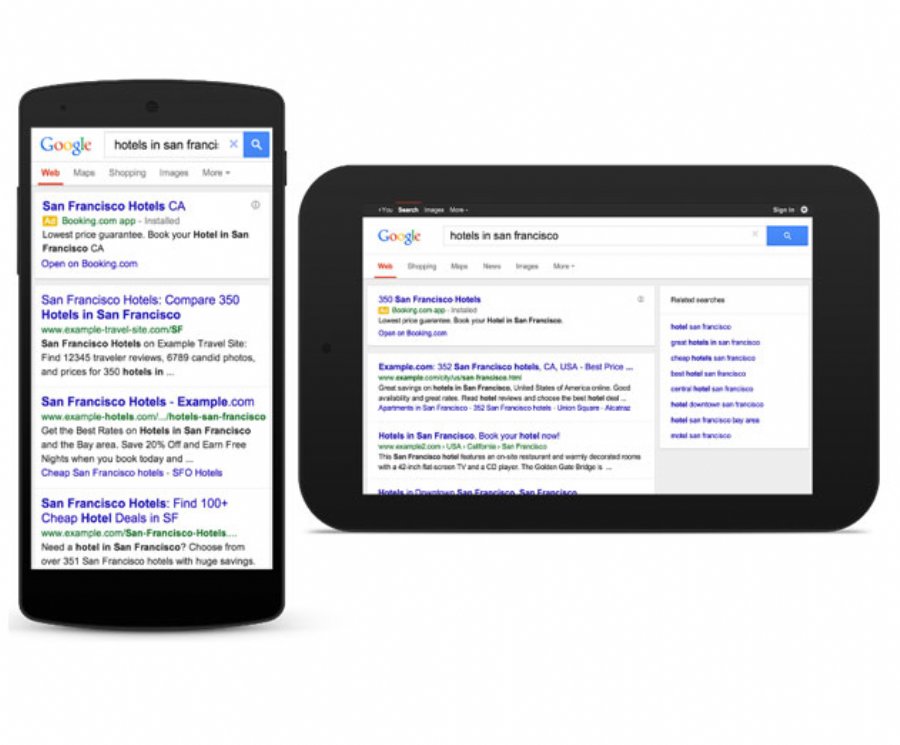 
9,923
The Google Adwords team has announced the global availability of app promotion ads across Google Search, the Google Display Network and YouTube.
There are over 100 billion searches per month Google and sometimes this content lives on a website, sometimes it’s in an app. Now, regardless of where the content is located, developers can get their apps into an ad by using a new, simplified campaign set-up flow that promotes the app on Google.com. Search ads created with this new flow are only shown to people who don’t already have the app, so every click is from a potential new user.
To select the best keywords to make sure an ad shows to consumers most likely to download an app is accomplished by using the keyword suggestion tool for app ads on search. This tool suggests keywords to include in a campaign based on top queries used for finding the app on Google Play and Google Search.
To help developers refer their users to content (in the developer’s app) that users are searching for outside of the app, there is the ability to deep link users directly from Google Search into specific pages of apps users already installed.
Using YouTube, developers can showcase an app when people are watching videos using a new enhancement to TrueView ads. With TrueView, developers can reach potential customers based on their interests, previously-watched videos and demographics. Developers can start promoting apps on YouTube by linking an app’s ID to TrueView campaigns.
Google is also offering new search ad management functionality including:
Measure app download conversions: App installs show up as conversions automatically in AdWords without any additional setup for Android apps on Google Play.
Integrate analytics data: When using third party tracking systems, import information about apps directly into AdWords.
Automate bids: Use Target CPA when creating an app campaign to automatically find the optimal bid for an ad each time it is eligible for an auction, without waiting for conversion history to accumulate. This provides the ability to immediately maximize the total number of installs at a target CPA.
To learn about these new offerings, register for the “Promoting Your App on Search” Google Hangout On Air on September 18.