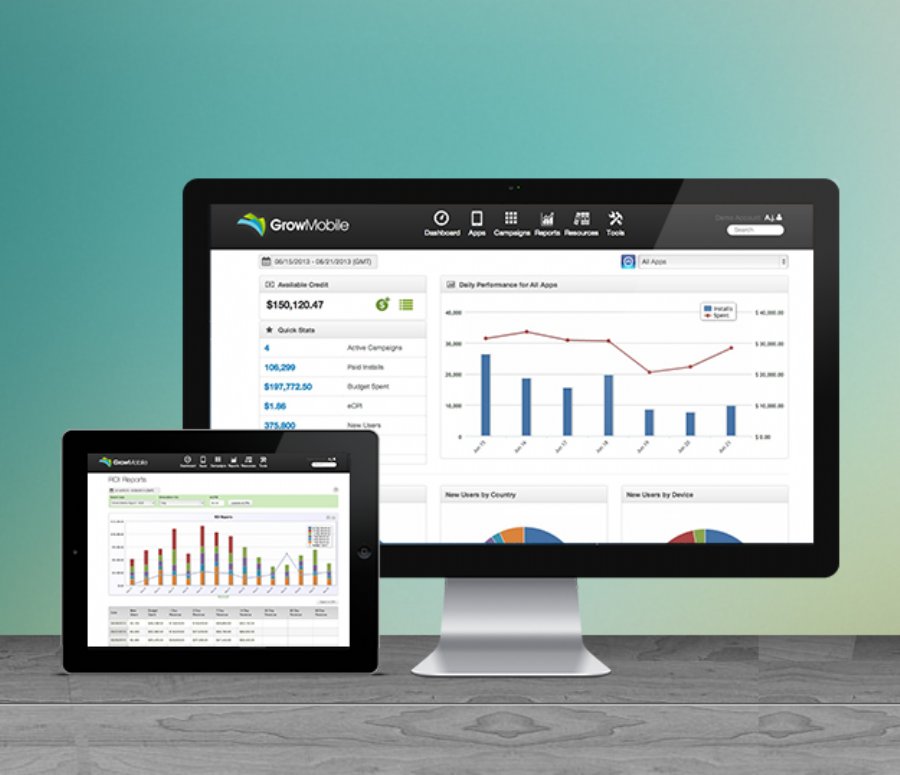 Grow Mobile, a New Marketplace To Get Users


531
Zynga's former head of mobile marketing A.J. Yeakel, Storm8's former head of business development Brendan Lyall and Ming-Lei Xu, who sold Wild Needle to Zynga, have just launched a new tool to let developers market their apps by engaguging in ad exchanges, buying ad space, and more.
It's called Grow Mobile, and it is a dashboard that incorporates about 75 different marketing channels from ad networks to cross-promotion networks and other exchanges.
"This would have been amazing if both of us had this at our respective companies before,"Lyall said. "We each put in our own personal touches in what we wanted in the product."
Their solution has a media planner that helps developers choose the best traffic for thier apps, app rankings and reports for Google Play and iOS App stores, and there is also ROI reporting so you can tell if your spending money on the right traffic or not.
The startup is formed of just 11 people, and the network is monetized by taking a small percentage a month - but that percentage declines as traffic increases.
"Once you scale into the multiple millions of dollars per month, we go down to a single-digit percentage of spend,"" Lyall said. "What we're trying to do is to make it so easy that it's like a no-brainer. If a company likes our solution, they would just allocate more of their spend through us instead of hiring a larger team.""