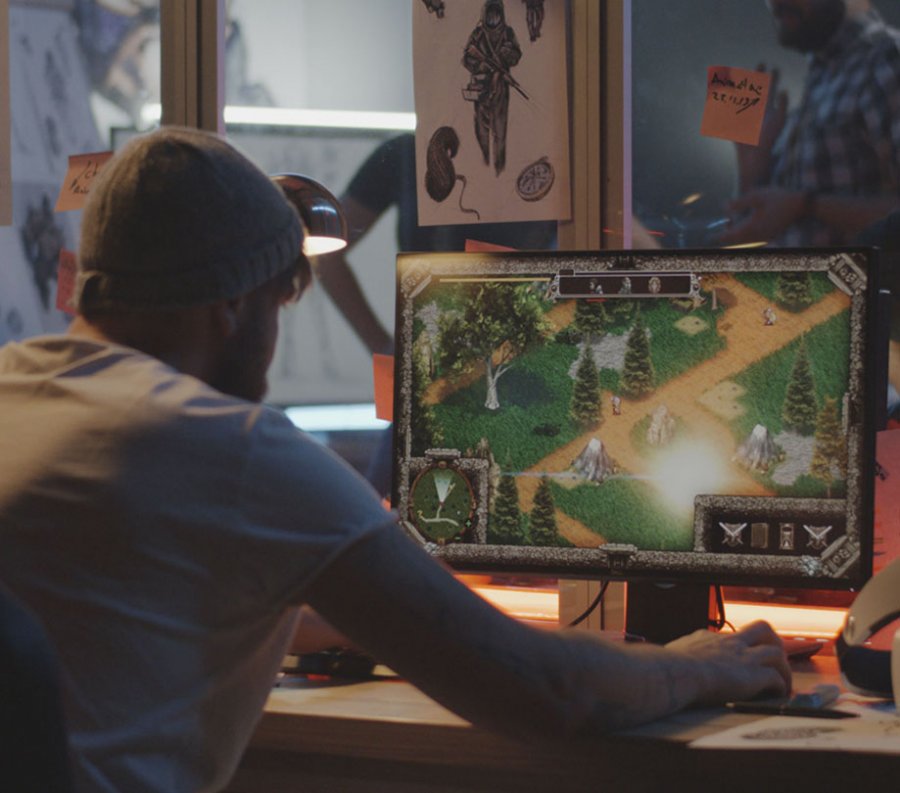 We recently caught up with Lloyd Tullues and Travis Boatman, founders of Carbonated Games. They discuss how game development and Live Ops are evolving, future trends, new technologies, and why Live Ops platforms are important for game developers.

We recently caught up with Carbonated and AWS Game Tech to discuss how Carbonated’s custom-built, live ops platform Carbyne enables game developers to bring fresh content to players in real-time, without engineering support or an office-based workforce.

While Carbonated is a relatively small gaming studio, they have the tools to become a major player among the industry’s biggest studios. The company’s secret weapon is its live ops platform, Carbyne. With the platform, the company can make significant updates to their games from anywhere outside of the studio, without the need for an engineer, and even on a device like a smartphone. For example, Carbyne can allow the team to receive player or tester feedback to a game in the early morning hours, make tweaks based on said feedback, and kick back out an updated gaming experience with the changes included in a matter of hours, with little to no downtime for the game’s players.

Carbonated founders Lloyd Tullues and Travis Boatman, founders of Carbonated Games, answered some tough questions around video game development in general, along with offering some insight into the future.

ADM: From a gaming studio perspective, how has the process of game development evolved over the past few years?

Tullues and Boatman: The process of development evolves almost as fast as the game industry it powers. With that said, a few key things come to mind in regards to how we’ve seen processes evolve recently.

We’ve seen an increase in studios leveraging DevOps and cloud strategies. At Carbonated, we’ve moved about 90% of our dev operations to the cloud. The only physical hardware we maintain is a small fleet of Mac-OS hardware that we use to create iOS builds (required for Apple mobile development). This has allowed us to easily scale up and down as needed while focusing our attention on making games and building our own platforms instead of managing infrastructure.

In addition, we’ve dabbled with a number of source control tools, but recently have switched back from Git to Perforce, as it integrates well with Amazon Lumberyard, and leverages cloud capabilities that help us accelerate development.

Also, like many studios today, we’ve gravitated towards using cloud-based collaborative tools. For example, we leverage knowledge-based tools like Confluence and tools like Jenkins and Incredibuild for our builds. In addition, we use Slack and Discord for communications, meetings are handled by always-on Zoom, keynote collaboration for presentations, Jira for task management, and playtesting via tools like TestFlight and PlayTestCloud.

Finally, we’ve noticed a rise in the use of proprietary tools across the industry. For example, we recently announced our Live Ops platform and toolset “Carbyne.” Carbyne allows us to modify almost every part of the game experience through a comprehensive set of web tools. In fact, we’re able to manage the entire game from our phones, which we often do while “on the go.”

Tullues and Boatman: We think about Live Ops as a continuous operating cycle. We launch content and then listen to what players say. Our custom-built tools allow us to rapidly change things based on their feedback and then quickly deliver those changes to players, who then give us more feedback, and the cycle continues. This feedback loop allows developers to evolve their game through Live Ops to better suit their audience.

Listening to your players and evolving your game based on their feedback is critical to success, and a huge part of why Live Ops is so critical to developers right now. We’ve seen that players will invest a lot of time in a game and stick with it long term if they like the content, find it engaging, and enjoy the community. The way games are played and designed is changing, with more games putting out content in “seasons” like TV shows. Live Ops is the process driving that shift as it allows developers to update their games based on what works and what doesn’t.

ADM: What technologies and solutions has Carbonated used to up-level its Live Ops platform and development processes?

Tullues and Boatman: Our team has a deep Live Ops experience. Upon founding Carbonated, we knew it was vital to build modern Live Ops tools from the ground up, with a focus on solving the “hard problems” first like hot deploys, micro-DLC updates, live management of game configuration, data validation and audit logs, as well as real-time analytics. Having these systems in place allows us to efficiently operate our games when they go live and improves our ability to iterate on concepts and features during development.

ADM: How can the cloud enhance Live Ops platforms and game development?

Tullues and Boatman: By taking advantage of AWS’ cloud infrastructure, our studio is able to focus more (if not all) of our efforts on the development of the game itself, since our hardware and infrastructure management is at a bare minimum. This translates to a greater ability to bring on additional artists, designers, and engineers to work directly on the game.

Simultaneously, through the cloud, we’re much more agile and able to iterate faster and more efficiently than before. Tearing down and setting up new environments is simple. Also, with a well-hardened CI/CD pipeline, we’re able to test multiple features from different developers throughout the day.

ADM: What should smaller gaming studios keep in mind when competing with larger studios with more resources?

Tullues and Boatman: Stay focused and stand on the shoulders of giants. By that, we mean technology moves so quickly and many of the larger players are using older and often antiquated tools and processes. As a smaller startup, speed and focus - combined with leveraging the power of large cloud providers like Amazon Web Services - can help create a competitive advantage over larger companies. Frankly, it’s one of the reasons you have seen so many acquisitions of smaller studios in recent years.

Tullues and Boatman: In many ways, teams like us that already worked in a distributed cloud-based scheme have seen little to no negative impact from COVID-19.  Many older or traditional developers have been forced to switch over to a cloud-based mentality. That said, game studios are quite flexible and tech-forward. For this reason, many studios we’re close to have experienced a relatively easy transition.

However, COVID-19 has also presented two challenges. First, not everyone has a home office - and we’ve seen some productivity hits due to that. Second, some forms of high-speed innovation and spontaneous conversation have definitely slowed down. To address this, studios are continuously experimenting with tools and processes to help enable those spontaneous communications that power innovation.

ADM: What are the emerging and forecasted trends in game development you and your team are paying close attention to?

Tullues and Boatman: We continue to believe that over time, Live Ops will evolve to more and more atomized content. Meaning, Live Ops today is a more blunt, generalized form of content updating and distribution. We believe that the future of Live Ops will be hyper-local and personalized by leveraging Machine Learning. 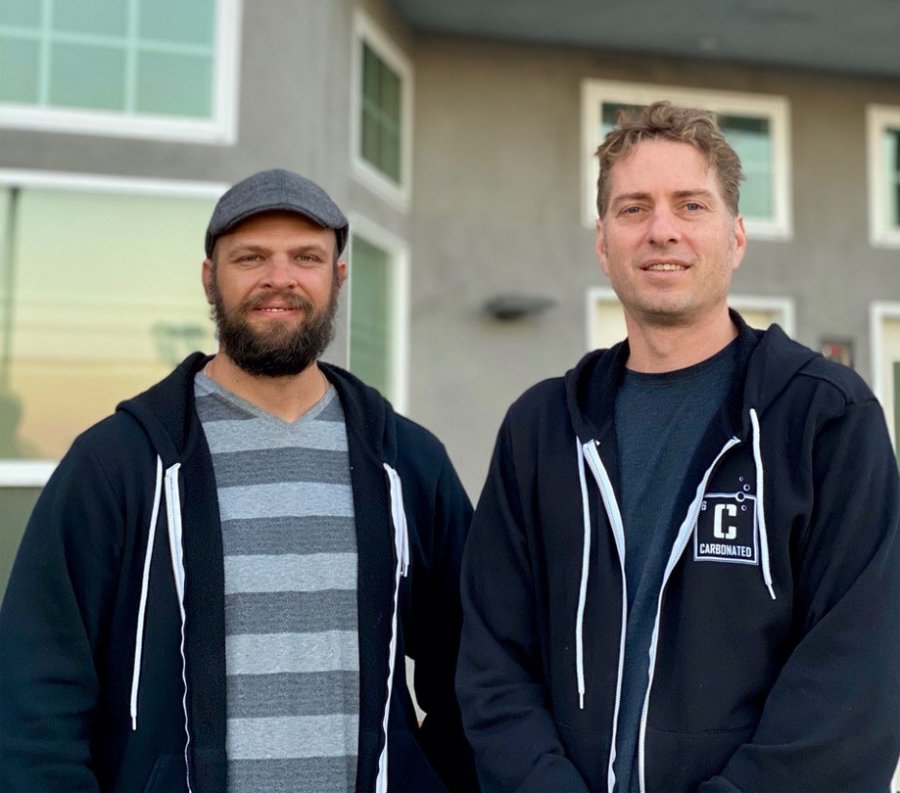