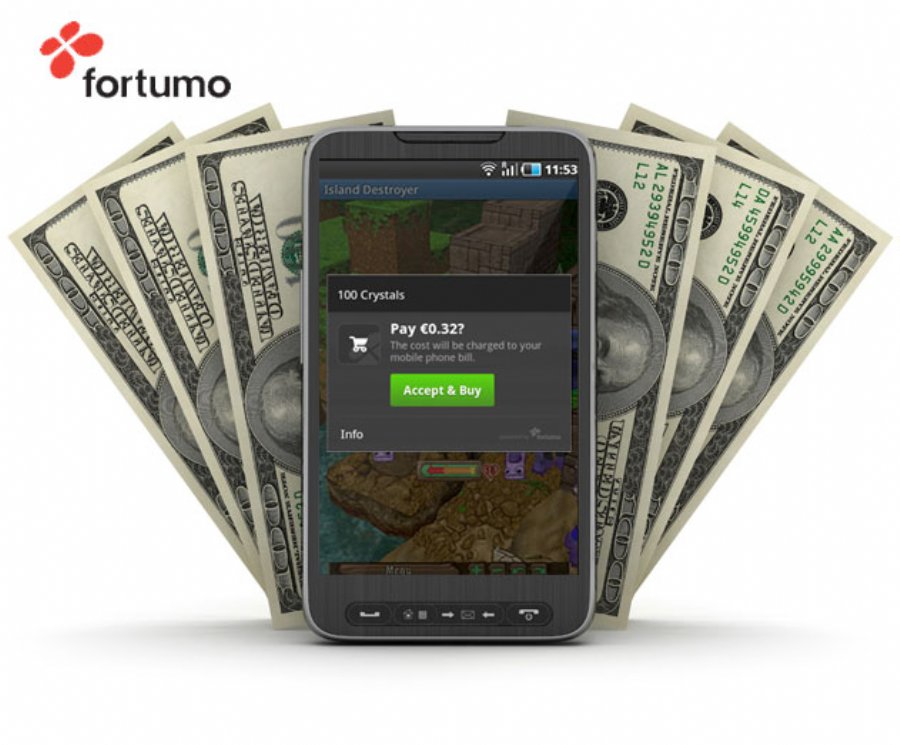 Fortumo to Give Developers $5,000 to Integrate Mobile Payments SDK


21,167
Fortumo has announced a new developer program for Windows Phone and Windows 8 developers to help them acquire additional users for their apps.  Developers who add the Fortumo in-app purchasing SDK to their Windows Phone or Windows 8 app will receive $5,000 in free advertising credits from Fortumo to drive downloads for their apps in emerging markets.
“The biggest revenue opportunity for Windows Phone developers comes from countries like India, Turkey, Brazil and Poland where Windows Phone has a strong, growing market share. These are also the markets where mobile payments beat credit cards when it comes to in-app transactions. Combining carrier billing with improved app discovery can significantly increase developer income from Windows Phone,” said Martin Koppel, COO of Fortumo.
Fortumo in-app payments allow mobile users to charge digital goods purchases to their mobile operator bill. Mobile payments are a strong alternative to credit cards, especially in emerging markets. There are four times more mobile phones in the world than credit cards and in countries like Brazil, Russia, India and China, credit card ownership is as low as 15%.
Developers who integrate the Fortumo in-app purchasing SDK will receive $5,000 in advertising credit through the AdDuplex advertising network. The program is open for anyone who reaches a minimum revenue threshold with their Windows Phone or Windows 8 app. More information about the program can be found on the Fortumo homepage.
"We are extremely pleased with our partnership. The integration was straight-forward and fast. Most importantly, our Windows Phone and Windows 8 revenue have both increased. Any developer, either big or small, would absolutely drive additional revenue with the Fortumo mobile payment solution," said Paul Baldwin, CEO of Joybits.
In March, Fortumo launched a $1M fund for developers to support their efforts on Windows Phone. "We almost exhausted our previous program’s fund and learned that user acquisition is one of the key challenges for Windows Phone developers. Together we believe we can tackle this issue and help them earn money in the process,” added Koppel.
Fortumo provides carrier billing on Windows Phone to hundreds of game developers around the world, including Game Insight, Creative Mobile, Boyaa, Herocraft and Floor84 Studios.
The Fortumo in-app purchasing SDK supports the sale of both single items and virtual credits. The Windows Phone 8.0 and Windows Phone 8.1 versions of the SDK can be used in C# projects, Windows Phone 8.1 version can also be consumed from C++ projects. Additionally, carrier billing is also available to Windows Phone developers using Unity 3D.
Mobile operator billing with Fortumo is designed to complement Microsoft’s own payment solution. For Windows Store, Fortumo provides mobile payments in 81 countries and over 300 mobile networks. For Windows Phone Store, Fortumo extends Microsoft’s existing mobile operator billing reach by adding a number of emerging markets in Latin America, Eastern Europe, Asia, Middle-East and Africa with low credit card penetration.
According to data from Microsoft, the launch of mobile payment has increased transaction volumes for developers on average 6x. Fortumo’s internal carrier billing data also shows Windows Phone owners are spending more on apps than Android owners: average transaction sizes are $1.5 and $1.22 on both platforms respectively.
Fortumo offers self-service setup with no monthly fees or minimum volume commitments, allowing any developer regardless of size and location to sign up for an account and get started with mobile payments.