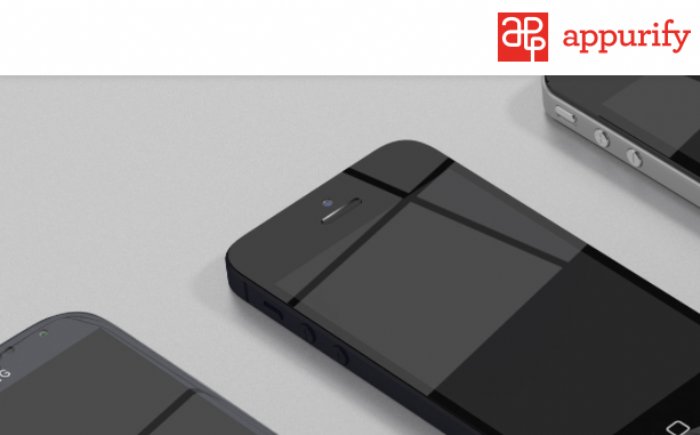 SAN FRANCISCO—September 25, 2013—Appurify, the pioneer in mobile test automation on real devices, today announced the public beta of its platform for testing, run-time debugging and performance optimization of mobile applications. The launch comes after several months of private beta testing with some of the world’s largest technology companies and independent developers, and just as mobile teams look for more efficient ways to test and optimize their apps for iOS 7 and new Apple phones, which are also supported by the Appurify platform.

In conjunction with today’s news, the company also announced product collaborations with two of the leading mobile application development platforms, alongside a free SDK for the iOS development community.

Appurify, which announced its Series-A funding in May, is leading the movement toward automation and performance optimization for mobile apps. ABI Research predicts the mobile testing market in the coming years will be predominately driven by the adoption of automation. Further, in an analysis of critical 1-star reviews among top free applications in the Apple App Store, Appurify found that more than half of user complaints were tied to performance issues.

With mobile development maturing and performance issues top of mind, Appurify is well-positioned to serve mobile teams eager to move away from manual testing and ensure their apps perform as expected in the real world.

Starting today, Appurify’s platform is available to mobile developers both through its web application and via API.

Custom solutions, such as on-premise device deployments and testing in multi-app or multi-device environments, are available for enterprise customers. All plans include free trials.

“We founded Appurify a year and a half ago with the goal of putting mobile developer tools on par with what’s available with the web world,” said Manish Lachwani, co-founder and CTO at Appurify. “Since then, we’ve built a platform that addresses the complex process of testing and debugging apps across devices, operating systems and various user conditions alongside the largest API-accessible device cloud. Think EC2 for mobile. Our launch today is an important step in our journey to help mobile developers build better, faster apps.”

To sign up for the public beta or inquire about enterprise offerings, visit www.appurify.com. A demo video is also available at http://youtu.be/aFjuHVzkFxk.

Collaborations with Sencha and Adobe® PhoneGap

In conjunction with its public launch, the company is announcing product collaborations with Sencha and PhoneGap. Appurify is now fully integrated into Sencha’s Architect 3.0 product, which was released into beta last week, as well as PhoneGap Build. Customers of both products can now easily test their apps within their existing workflows, providing a seamless experience for not only building apps but testing them before launch.

The Appurify SDK streamlines the process of creating automated tests, provides the most powerful run-time on-device debugging tool for mobile, and allows developers to quickly identity performance bottlenecks in their apps.

Crash Reporting and Post-launch Monitoring: Get details on crashes pre- and post-launch, and monitor app performance, usage and stability;