Next
Stuart Parkerson
12/6/2014 9:00:49 AM
12/6/2014 9:00:49 AM
App Analytics Solutions Are The Answer For Mobile Developers
Apps,Monetization,Analytics,Development,Engagement,User experience,Usability
https://appdevelopermagazine.com/images/news_images/Analytics-Market-Share-App-Developer-Magazine_fc4ic5fm.jpg 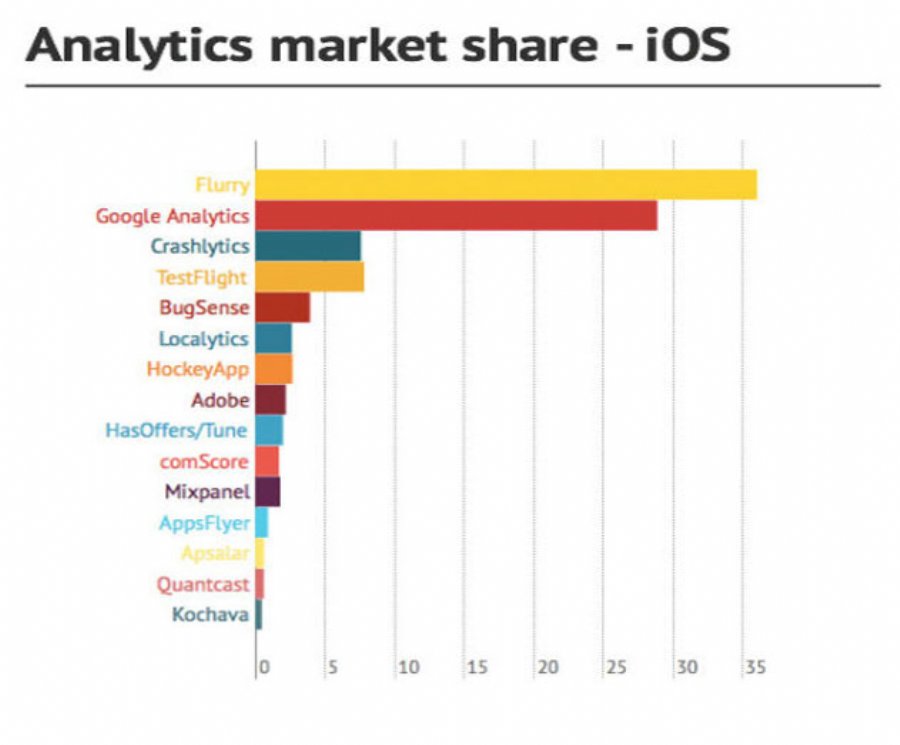 App Analytics Solutions Are The Answer For Mobile Developers


7,470
App analytics solutions is the answer to better engage and monetize an application when everything is in question. Venture Beat’s latest insights surveyed 250 million users. The research conducted had asked 230 app developers with 250 million currently active users how they track app data, what works best for them, and what doesn't work.
Venture Beat also partnered with MixRank to derive further insights on ratings and download data for over 1.8 million apps on Google Play and the iOS App Store. The results showed that Google Analytics is a monopoly with close to  95 percent market share on Google Play however it is only the primary analytics solution for 30% of developers. Flurry is dominated by iOS with close to 36 percent market share.
The report ranked the best 15 analytics solutions within each platform market and shared apps ratings. A finding of top app analytics solutions found platforms such as Twitter and Facebook to be strong however there are also many developers who preferred using solutions by smaller competitors.
VB Insight’s report revealed that the highest-rated apps use analytics packages such as Tune’s MobileAppTracking, Mixpanel and Kochava. Tune has nearly two percent share on both Android and iOS and is being used by no fewer than seven of the top 20 highest-grossing Google Play apps. Its MobileAppTracking is integrated in eight of twenty highest revenue apps such as Clash of Clans and Hay Day.
For measurement, key performance indicators (KPIs) matter the most to the most successful developers. Engagement metrics do vary depending on the industry. Determining the right metrics requires objectives in which the business should set for the mobile app and in making sure that the metrics are relevant to the objectives being measured.
For mobile developers, there are many options which could be considered. Being able to deliver value through app analytics may be the best choice to ensure quality engagement by acquired users. The challenge for developers is that there is more than one analytics solution available. Being able to decipher a quality solution from a dud is key.