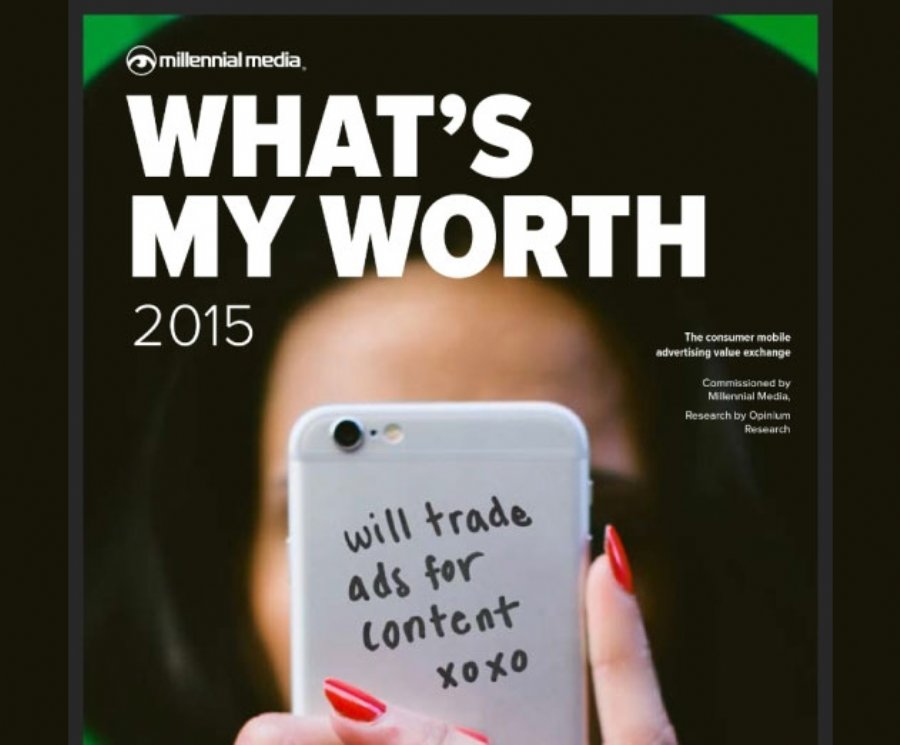 Mobile Users Place Their Advertising Value at $10.80 Per Minute


20,749
Mobile users have told advertisers what they believe they are worth, suggesting that engaging with one minute of advertising on mobile devices is equivalent to $10.80US per consumer for advertisers.
These numbers are from a new research study “What’s My Worth? 2015” which was conducted by Opinium Research and commissioned by Millennial Media, polling over 4,000 consumers across four countries. The study explored the value exchange consumers have with advertisers in return for letting them into their mobile devices.
According to the research, consumers understand and accept the value exchange of “advertising supporting free apps and content” with four in five (79%) stating that they understood this relationship. And keeping with the freemium app model, almost three quarters (72%) said they expected ads on mobile devices to allow them to consume free content with only three percent saying they pay for apps to remove ads.
The results also revealed that mobile app users are more than twice as likely to remember a product or message on a mobile device (22%) than desktop (10%). The survey also suggested that over a third of consumers that engaged with a mobile ad in the last 12 months on their smartphone (35%) and tablet (38%) have consequently been prompted to these actions:
- Most likely to consider a product or a brand that they would not have otherwise have thought about (18%), with other actions including save a page (13%) and to add a product to a wish/shopping list (10%).
- The second most popular action for consumers that had clicked on a mobile ad was to then make a purchase (14%).
- Of all those who made a purchase as a result of clicking a mobile ad (43%) said they made their purchase in a brick and mortar store, while (82%) made it online.
Other highlights from the research include:
- A quarter (27%) of cross-screen users say they are likely to engage with TV at the same time as viewing other media, and one in four (25%) say the same for mobile.
- Of audiences that click on mobile ads, 43% say they would be more likely to pay attention to other advertising from the same brand in future.
- Nearly half (48%) of all consumers would be more likely to click on a mobile ad if it was targeted to their interests.
The full results of the study are available at the link