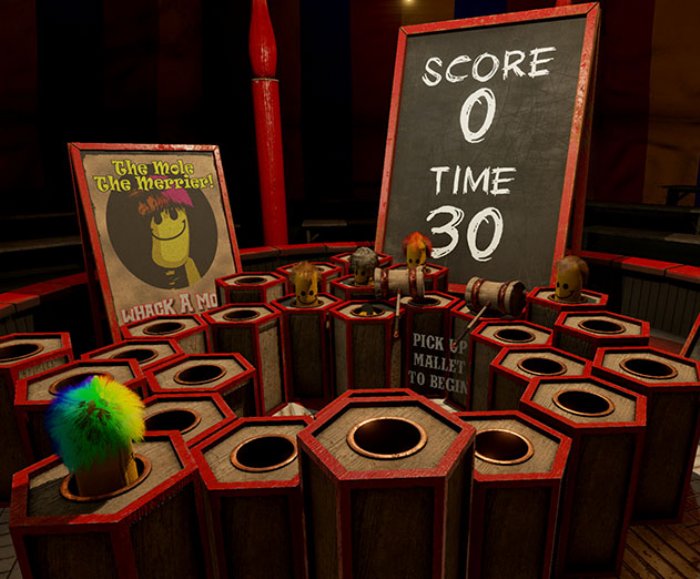 
25,078
Calling all VR developers! NVIDIA and Epic Games just announced the release of free mod tools for NVIDIA’s Unreal Engine 4-powered VR Funhouse. With the launch of the VR Funhouse Mod Kit, NVIDIA’s innovative carnival game for HTC Vive now supports mods, giving the community an incredible sandbox of possibilities to extend the VR Funhouse experience.
VR Funhouse is available for free on Steam, and the VR Funhouse Mod Kit is available now inside the Epic Games launcher in the Modding tab.
Using VR Funhouse’s new modding features NVIDIA created a few mods of their own. Players can now swap out their shooting gallery pistol for a Tommy Gun, light the whack-a-mole’s hair on fire, or build their favorite carnival mini-game in VR. Those who wish to download community-built mods can do so by visiting the VR Funhouse Steam Workshop page.
In addition to using the binary mod editor available through Epic’s launcher, developers can also access the VR Funhouse source code on GitHub and build their own games with the powerful NVIDIA GameWorks, PhysX, and VRWorks technology integrated into Unreal Engine 4 and VR Funhouse.