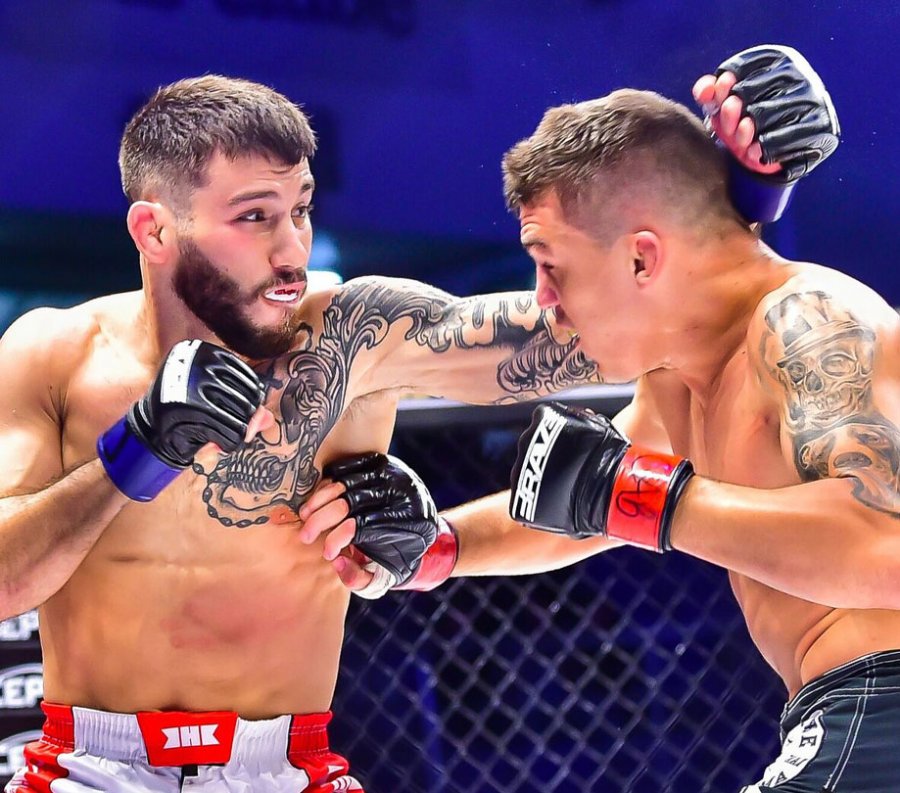 UFC fighter to be paid in Bitcoin

UFC flyweight fighter Matheus Nicolau announced a deal with Bitwage to receive his future fight earnings in Bitcoin, win, lose or draw. Nicolau shares with us how Bitcoin will preserve irregular earnings over time and alleviates future career uncertainty with an appreciating sovereign wealth fund.

The #8-ranked UFC flyweight fighter Matheus Nicolau penned a deal to receive his future fight earnings in Bitcoin through the payroll service, Bitwage, on March 21st, 2022. Nicolau is the first Latin American UFC athlete to take a paycheck in Bitcoin.

"I'm thrilled to be receiving my earnings in Bitcoin,” Nicolau stated. "As an athlete, I work hard to earn a living for myself, but with rising inflation, I worry that this hard work goes to waste. By using Bitwage to earn Bitcoin, I know that I am securing the value of my work."

Nicolau, a Brazilian native of Belo Horizonte, has come to understand the importance of Bitcoin, while the market has seen explosive growth over the past two years in South America due to economic burdens like inflation.

Top-10 ranked UFC fighter to be paid in Bitcoin

"We are very bullish on Bitcoin," Nicolau's manager Vinícius Las Casas commented, "and we are looking to spread the Bitcoin gospel with this latest deal." Alongside the Brazilian fighter, his manager will also be using Bitwage to receive a portion of his wages in Bitcoin.

Bitwage is the world's largest payroll, invoicing, and benefits company in the Bitcoin space. Its services allow both individuals and companies around the world to receive their monthly wages in Bitcoin. Bitwage is pioneering the payroll industry with its bitcoin 401k and lightning payroll products.

"Working with Matheus has been a rewarding experience for us," said Bitwage CEO Jonathan Chester. "He's an amazing fighter with a champion mentality."

Nicolau is among the latest in a trend of professional athletes pioneering Bitcoin deals: professional soccer players Achara Ifunanyachi and Alex Crognale made similar financial moves in 2021 with Bitwage. 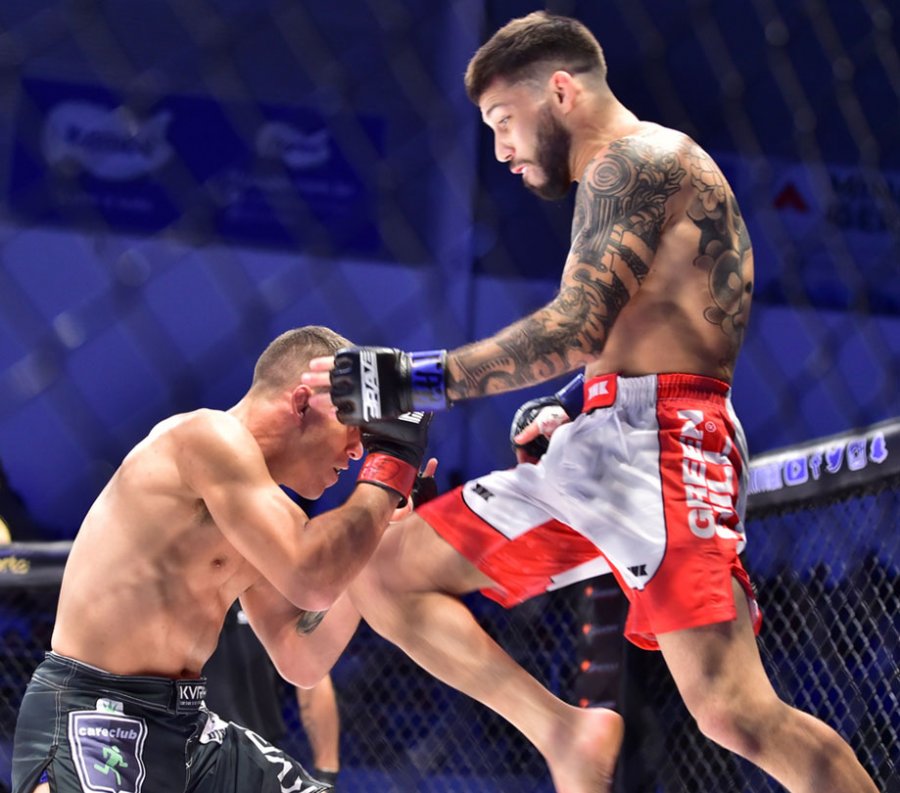 MMA fighters in general, and even some of the internationally recognized superstars in the UFC, are paid in lump sums only after their events, much of their pay being contingent on a successful performance and performance bonuses. Many fighters are forced to take on extra jobs outside of their rigorous and time-consuming training regimens just to afford to pay their coaching and recovery teams.

The UFC, in particular, is notorious for undervaluing some of its highest pay-per-view earning fighters, with some of its most decorated fighters simply walking away from the organization, or seeking and taking on high-paying crossover fight opportunities in boxing. Through Bitwage, fighters like Nicolau can get paid in Bitcoin without the UFC being onboarded to the service. They can focus on training while knowing their savings are secure in Bitcoin.

Bitwage's services are available to the broader market as well. Here's how it works: You register with Bitwage and receive a bank account number. Next, you choose what percentage of your paycheck you want to receive in Bitcoin, and then you give the new account number to your employer. Once they send the paycheck, you will receive Bitcoin at an address that you control. If you did not allocate 100% of your wage into Bitcoin in a given pay period, you will receive the rest of the money in your regular bank account. This is exactly how Matheus will be receiving his future payments from the UFC. 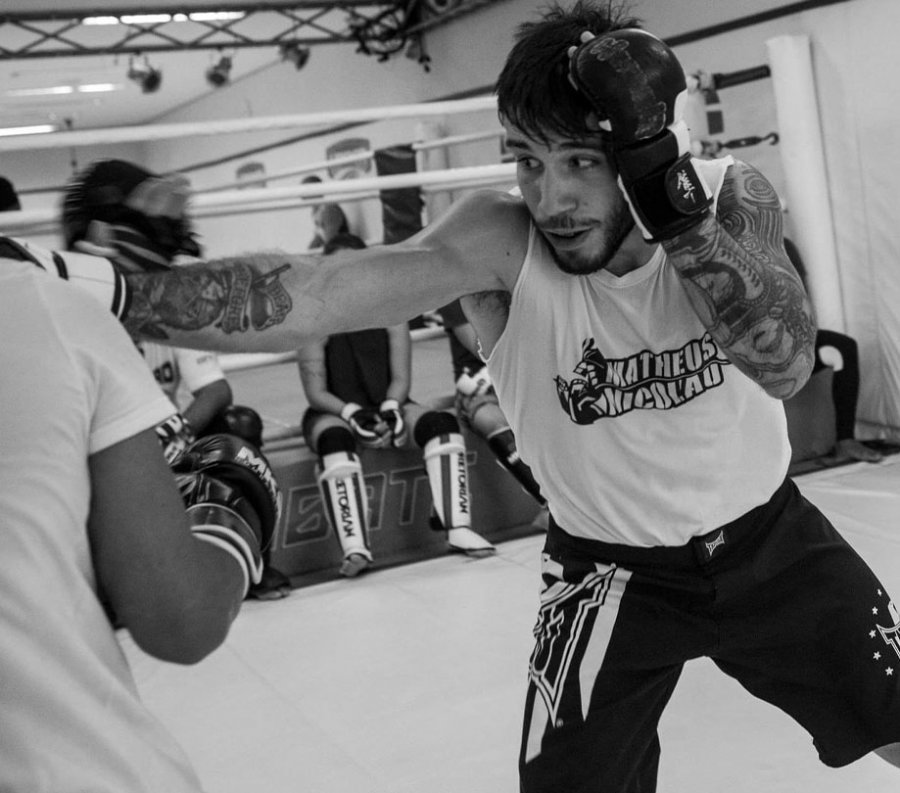 Bitcoin is the solution

"Matheus represents our exponential growth trend in Latin America, with people opting to get paid in Bitcoin in order to preserve their hard-earned money," Chester stated.
For Nicolau, and other MMA fighters who understand the value of hard money, and a sound store of value, Bitcoin is the solution. Bitcoin will preserve their irregular earnings over time when custodied correctly. It allows fighters to alleviate future career uncertainty, by providing them with an appreciating sovereign wealth fund.

Nicolau is currently enjoying a four-fight win streak in the UFC. This deal comes only days before Nicolau's fight on March 26th against David Dvorak in Columbus, Ohio. Win, lose or draw, his earnings will be immediately processed by Bitwage and converted into Bitcoin.

Nicolau explains, "I make my money the hard way. I bleed for it. MMA is an intense sport in that you put everything you have into it. While I constantly fight, on one hand, I have a feeling I am constantly losing money on the other. Then it hit me: Bitcoin is the solution. I worked with Bitwage to create this solution to ensure that my work pays dividends in the future."