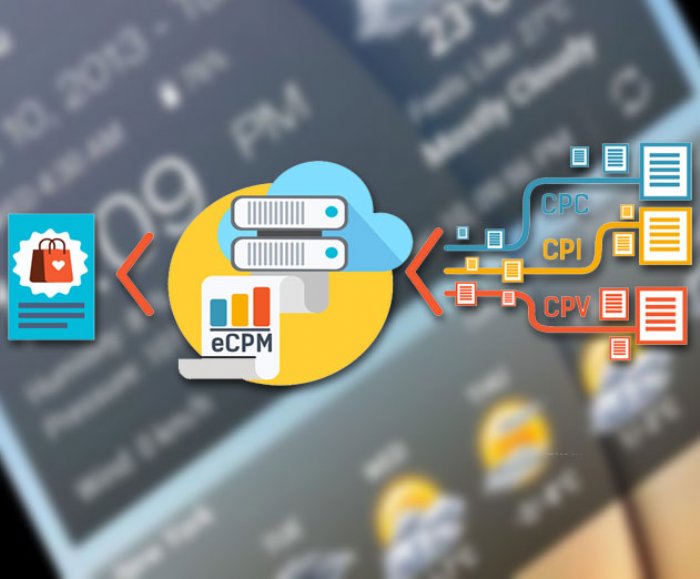 Devexpert.net publishes one of the top Android weather apps with its Weather & Clock Widget. The app has had more than 50 million downloads and over 15 million current daily successful impressions. It is one of the most-used Android weather apps worldwide ranking number one in 48 countries, is in the Top 5 in 75 countries and is in the Top 10 in 99 countries. It was named one of the Top 40 Apps on Android in 2015.
Devexpert offers two versions of its app: a free version using the freemium app model and an ad-free experience offered in the paid version through a one-time payment of $2.99.
For the free version of its app, Devexpert faced unique challenges as a publisher of widely-popular apps. Prior to mediation services, they struggled with the difficult and time-consuming process of managing an in-house ad solution to achieve the highest possible eCPM. When turning to ad networks and providers, they struggled with constant testing and integration challenges.
When Devexpert began working with Appodeal Prior in June 2015 their eCPM came in at $0.67. With Appodeal programmatic ad mediation, Devexpert increased their ad revenue by 53%. In the US alone, Devexpert’s eCPM for the United States rose to $3.15.
You can review the full case study findings here.

Stephan Schultz is a 22-year-old student and indie app developer in Germany. Schultz develops productivity apps, one of the most successful being the Remote Control Collection. This app allows users to remotely control their PCs or Mac wirelessly. In all, Schultz’s apps have been downloaded over 5 million times on iOS, Android and Blackberry.
To take advantage of the success of his burgeoning app publishing business, he took on the work of ad mediation and the management of several ad network SDKs himself. He soon found that he was overwhelmed, spending too much time on integration and management to justify the income.
He reached out to Appodeal and its programmatic ad mediation platform. He saw immediate benefits with his average eCPM rising to $4.02, a significant increase compared with the $2.07 he was receiving prior to programmatic ad mediation.
Schultz noted that he was able to improve his app monetization strategy by:
- using targeted ads for an optimized user experience and better earnings
- reducing problems with ad blockers
- getting the highest rate possible in real-time bidding
- increasing margins from ad inventory