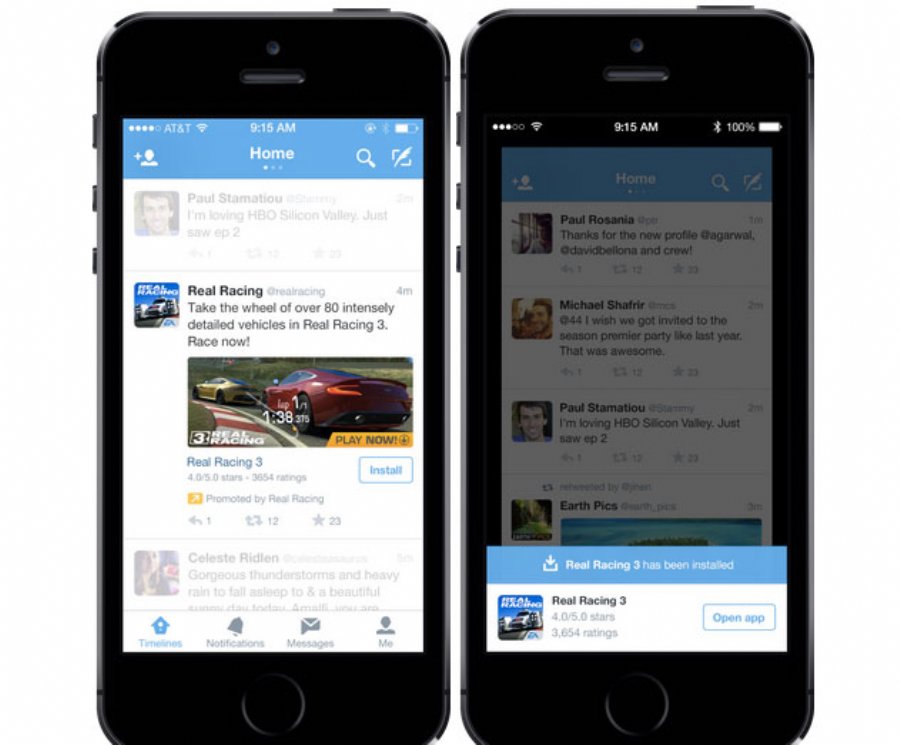 
5,930
Twitter has announced three new beta products that will debut over the coming months. The announcement comes on the heels of the one year anniversary of Twitter’s mobile app promotion options including the acquisition of Tapcommerce and the introduction of Fabric, the company’s suite of tools for mobile developers.
These new beta advertising products include:
- Video App Card: Showcase an app within a video ad.
- Optimized action bidding: This new bidding type allows mobile app install advertisers to optimize their bids according to install, while still paying by app click.
- Cost per install bidding: Advertisers can bid, optimize and pay by install.
The company has created the infographic included here, profiling its efforts to add new advertising opportunities. 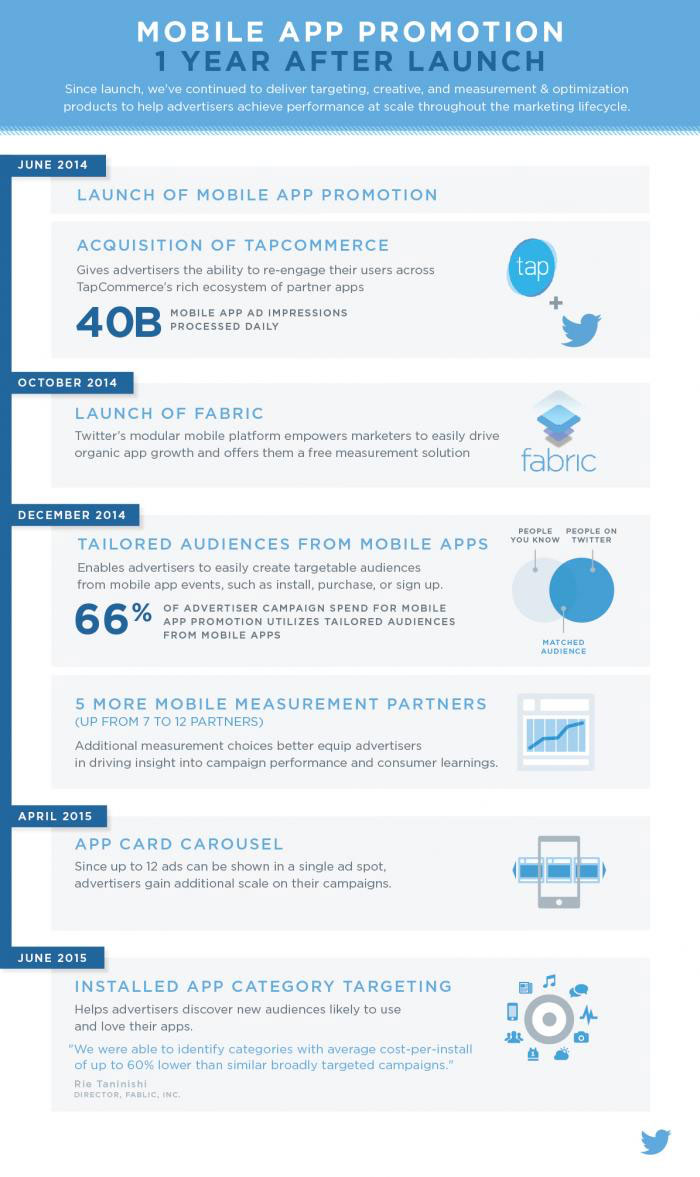