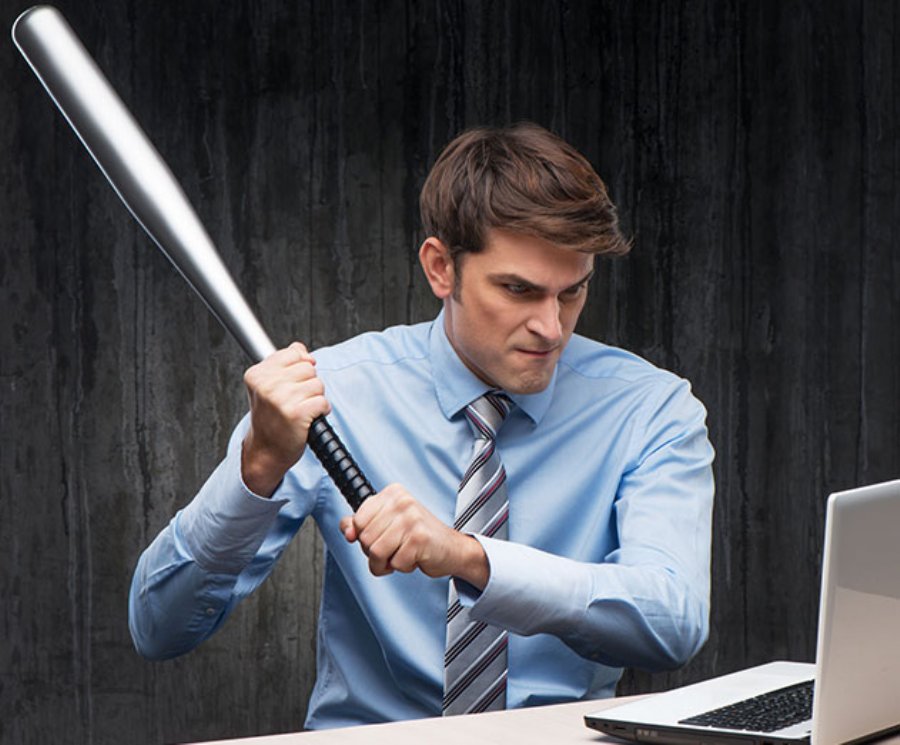 The most loved and hated programming languages

Stack Overflow gives up the most loved and hated programming languages across the industries.

Stack Overflow has released the Stack Overflow Annual Developer Survey results. With more than 100,000 responses from coders in 184 countries and dependent territories, it is the most extensive survey of the programmer workforce to date.

The 2018 survey offers vital insights for businesses looking to understand, hire, engage, and enable the world's developers - shedding light on topics ranging from the most loved, hated and wanted programming languages to their thoughts on artificial intelligence.

“Today, every company is a technology company. Without developers, the economy would not evolve at the pace we’re seeing today” said Stack Overflow CEO, Joel Spolsky. “They are the architects of code that empower our everyday lives, and the people responsible for teaching machines how to think. The findings of this survey are indispensable for businesses, as they look to enable their tech workforce and attract the best developer talent”

Developers Are Excited About Artificial Intelligence

Developers are mostly optimistic about the future possibilities offered by AI with almost 3/4 of respondents saying that they are overall more excited than worried about it. Automation of jobs is the least significant danger of artificial intelligence according to developers, with over 80% saying that is not their biggest worry. The concerns that developers have depended on the kind of coding work they do: data scientists are 1.5 times more likely to consider issues around algorithmic fairness dangerous.

Responsibility for the social ramifications of AI lies with technologists. Developers are most likely to think that the creators and technologists behind the machine learning and AI algorithms are the ones who are ultimately responsible for the societal issues surrounding artificial intelligence. Only 1/4 of respondents think that a regulatory body should be primarily responsible.

Just 16% of developers are actively looking for a job putting additional pressure on employers to compete for tech talent, and attract the attention of the 60% of coders who are ‘passive’ candidates (those who are not seeking a new job, but would consider new opportunities).

Coding Is A Young Profession 57% of developers have less than five years of professional experience, and about 75% of the 100k+ developers who took the survey are under 35 years old. Developers with the fewest years of experience are game/graphics developers and mobile developers (and are the most likely to be looking for work!).

F#, Ocaml, Clojure, and Groovy Command The Highest Salaries With median salaries above $70,000 USD, developers using these technologies earn more for their years of experience than those using other languages. Technology is not the only way for junior developers to bring in the bucks: Data Scientists with fewer than 6 years of experience can earn over $60,000 USD. The lowest earners are developers using PHP, Matlab and Assembly and those specializing in games/graphic development. 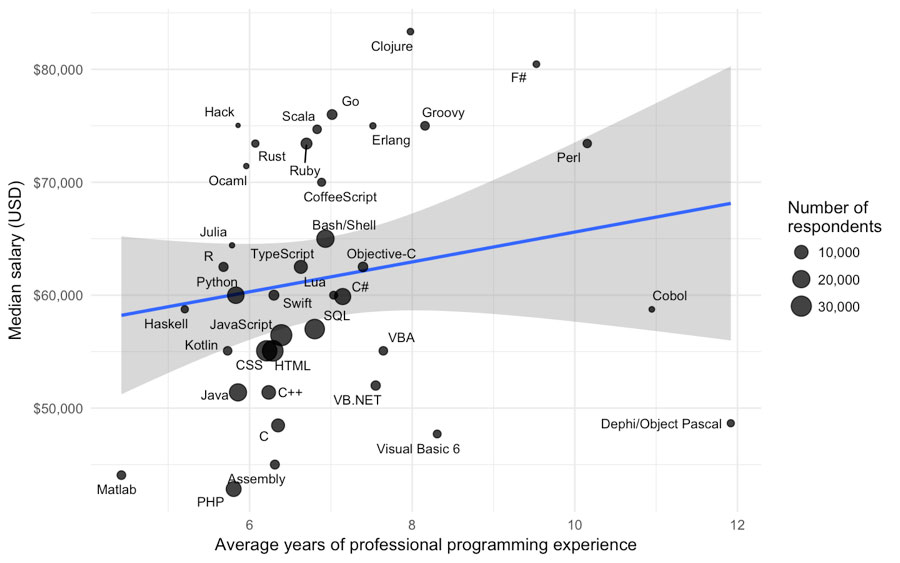 Developers Are Future-Proofing Their Skills

Developers stay on top of their game almost half of the respondents who said they went to a coding bootcamp said they were already working as developers. These developers are likely updating their skills and moving to new areas of the tech industry.

90% of all developers say they have taught themselves whether it’s a new language, framework, or tool - they are lifelong learners, outside of formal education. Furthermore, 83% of professional developers say they learn on their own using Stack Overflow’s Q&A platform.