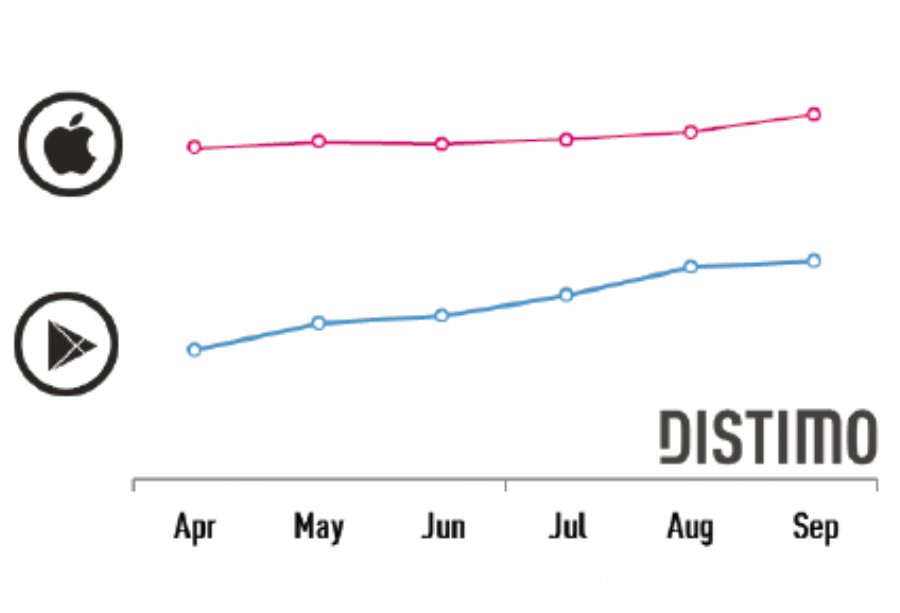 The Majority of Mobile Revenue Generated Comes From Games


1,662
In September Distimo took an extensive look at the Mobile Games category. They analyzed the popularity of this category compared to other categories in terms of downloads and revenue. Additionally, they looked at the popularity of games among app stores and countries in relation to revenue.

The revenue share of games was the lowest in Germany but still impressive. 59% and 79% of the revenue in the Top Overall was gained through games in the Apple App Store and Google Play respectively. Navigation popped up as a relatively important category in Germany as well.

Games were the most downloaded apps on both iPhone and iPad. On iPhone, 33% of all downloads were games. For iPad, this portion was even higher at 48%.

In the Amazon Appstore, 63% of all downloads were generated by games.

Role-playing games (RPGs) had the largest share of the revenue in the All Games category: 14% in the Apple App Store. Game of War - Fire Age by Machine Zone, Inc was the most popular app in this category in September 2013.

The most popular game genres in Google Play in terms of revenue were: Arcade & Action, Casual and Brain & Puzzle, in that respective order.