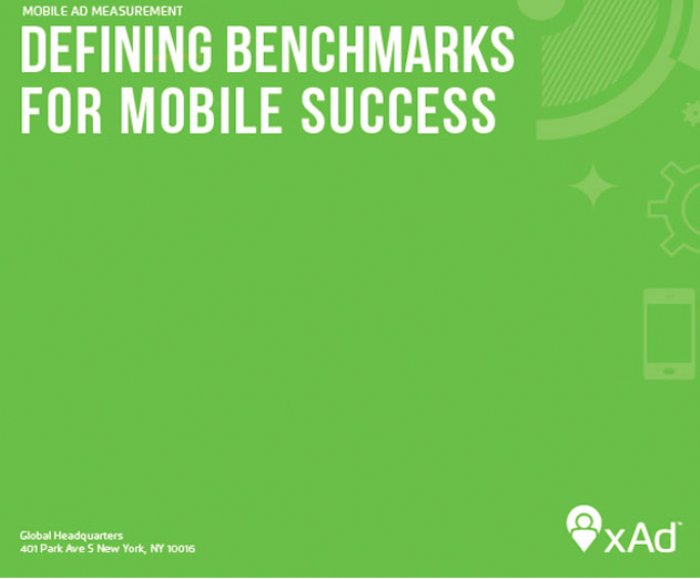 
2,537
xAd recently released part one of its 2014 mobile ad measurement study, Defining Benchmarks for Mobile Success, which analyzed 80 mobile ad campaign for 12 major brands to determine the most accurate benchmarks for measuring campaign success.
One of the most interesting results to come out of the study is that Click-Through-Rate (CTR), is an inaccurate way to measure the results of mobile advertising. The results are based on a Nielsen custom research study commissioned by xAd. Looking across over 200 million ad impressions from campaigns run for 12 major brands in the Retail, Restaurant and Auto verticals, Nielsen and xAd assessed multiple ways to measure campaign success, including CTR, secondary actions such as calls and navigation, and lift in store visitation post ad exposure.
The study shows that the problem with CTR for mobile ads is that when used as the only success metric for campaigns, it’s a very inaccurate one. Not only do small touchscreens often lead to accidental clicks, inflating CTR, but the metric also fails to capture post-click engagements.
According to the study results, CTR appears to be completely unrelated, or even negatively correlated with Secondary-Action Rate (SAR), which reflects the percentage of secondary, highly-engaged actions like calls, directions and store visits. Furthermore, when comparing to Store Visitation Lift (SVL), or the ability for an ad to increase store visitation behavior, the study found that the lower CTRs were often associated with the highest lifts in visitation rate.
Says xAd, “With most purchases still happening offline, one of the primary goals of any mobile campaign should be to drive in-store traffic and sales. Clear indicators of purchase intent, like SAR and Store Visitation Lift (SVL), provide the most accurate picture of how well a mobile campaign has achieved this.”
Overall, SVL, or the percentage of ad-exposed audience that visited a retail location divided by non-ad-exposed visitors, appeared to be the best purchase indicator for all verticals. SAR was a close second, indicating that consumers that take secondary action after viewing an ad are also very likely to convert.
As xAd points out, “The study also explored how marketers can best set up their mobile campaigns in order to achieve success. Driving awareness, engagement and conversions are separate goals, often requiring different techniques to ensure optimal performance. These techniques may include creative messaging, placement of message by time of day and supply mix. Given the variable relationship between the metrics, the study found that optimizing towards one measurement often negatively impacted other measurements, underscoring the importance of selecting the correct Key Performance Indicators (KPIs) for a campaign before it begins. The positive impact of optimization was most extreme for SAR, where this measure increased by up to 200 percent, while at the same time decreasing CTR by 25 percent.”
The full results from of the study are available on the xAd website.