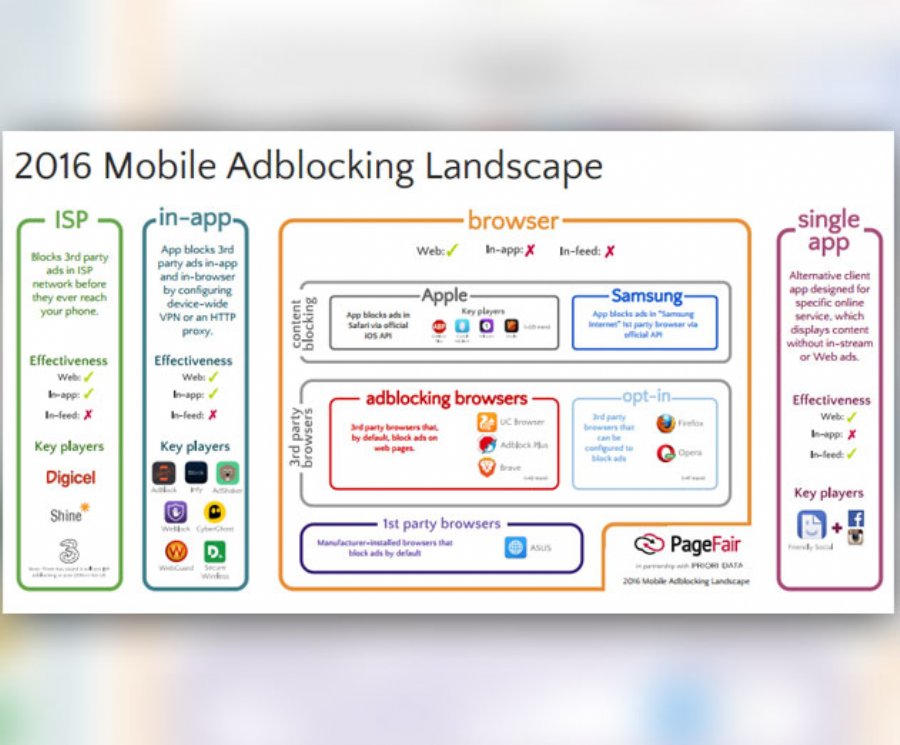 
5,250
A new PageFair report estimates that as of March 2016, 419 million people, or 22% of the world’s 1.9 billion smartphone users, are blocking ads on the mobile web.
The report titled “Adblocking Goes Mobile” by PageFair was produced with app intelligence firm Priori Data. The report also suggest that mobile adblocking grew by 90% globally in 2015 and mobile users are now blocking “suggested” content in Facebook and Instagram and ads in Facebook’s mobile app.
Adblocking browsers, which are mobile browsers that block ads by default, account for the majority of mobile adblocking. This type of adblocking was identified as most prevalent in emerging markets such as China, India, Indonesia, and Pakistan. The report says that 36% of smartphone users in Asia-Pacific are currently blocking ads on the mobile web. In India and Indonesia over 60% of smartphone users are blocking ads on the mobile web. In China, almost one-third of smartphone users are blocking ads.
The report also suggest that there are 14 million active users of adblocking browsers on smartphones in Europe and North America. Content blocking and in-app adblocking apps were downloaded 4.9 million times from the Apple and Android app stores in Europe and North America since September 2014.
Adblocking browsers are more than twice as popular in Europe than in North America, with over 27 users per thousand smartphones. Content blocking apps are three times more popular in North America than in Europe, with nearly 9 users per thousand smartphones. In the US only 2% of Apple device users (1.9 million) who could do so have downloaded a content blocking app as of March 2016.