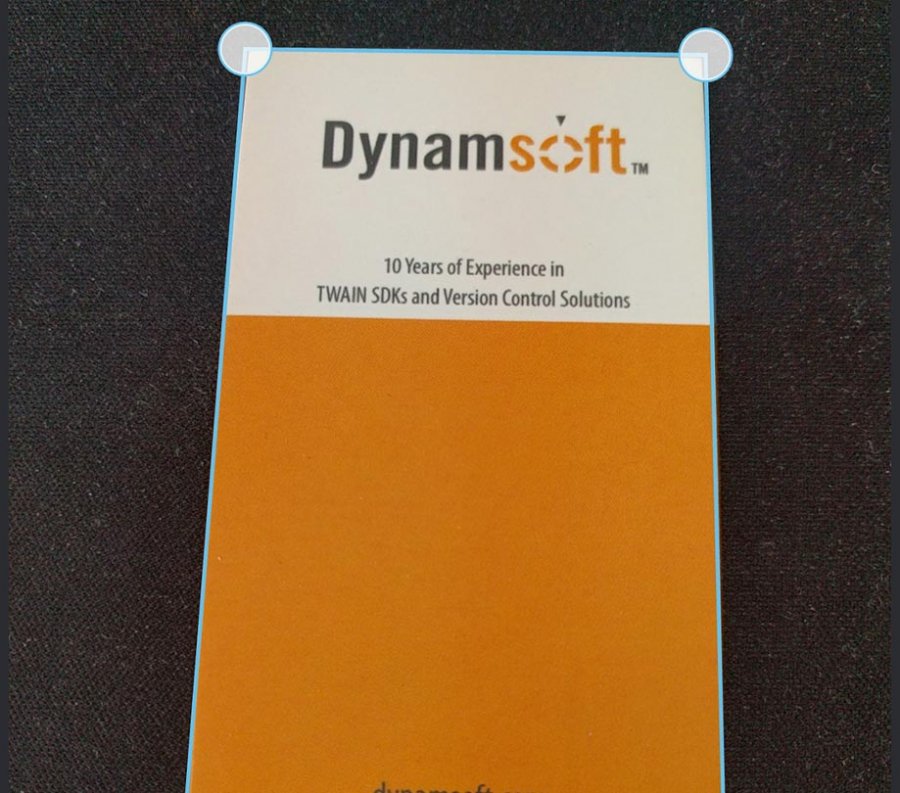 Dynamsoft launches a new camera SDK for developers to embed into document imaging applications, including built in editing features, border detection, and other document functionally.

Getting paper documents into digital format can be tricky, so Dynamsoft has introduced a software development kit (SDK) for Android app developers to create apps with enterprise-grade document scanning capabilities by embedding a mobile capture component in their apps. They claim the SDK allows quick integration for developers,  and boasts several built-in capabilities such as live document edge detection and perspective corrections.
Dynamsoft says the new camera SDK for Android is ideal for document management application developers that want to enable document capture from Android-based mobile devices. The new SDK consists of a programming API for document and image capture for Android smartphone cameras, whether from a snapshot or a video stream. It lets users capture documents on Android phones but, with desktop-scanner quality. This makes it ideal to add an option for mobile capture and to process mission-critical documents such as contracts and forms, ID cards or driver’s licenses, passports, receipts, presentations, and more.
The SDK provides a variety of built-in features to process captured documents. Built-in editing features, in addition to automatic document border detection and perspective correction, include auto-cropping and noise/artifact removal, brightness and contrast control, and other automated and manual editing capabilities. These editing features ensure accurate captures of complete documents. Users can also import local images or export captures as JPEG, PNG or multi-page PDF files. Files can then be saved to the phone’s local storage or a remote server.
“With the addition of our Android-based SDK to our already-offered iOS one, we now provide comprehensive mobile capture solutions for both prominent mobile platforms,” said Amy Gu, Vice President, Dynamsoft. “These SDKs help developers of document management applications unlock the power of mobile capture by leveraging the mobile scanners most people walk around with in their pockets daily.”
With either the Android or iOS version, use of the SDK in an application occurs offline. So, all operations take place on the user’s smartphone. Thus, no network connection is required to perform a scan. Also, developers can fully customize the style of UI elements, such as icons and text. Dynamsoft also offers Dynamsoft Camera SDK for Windows to allow capture from many popular desktop webcams via browsers.