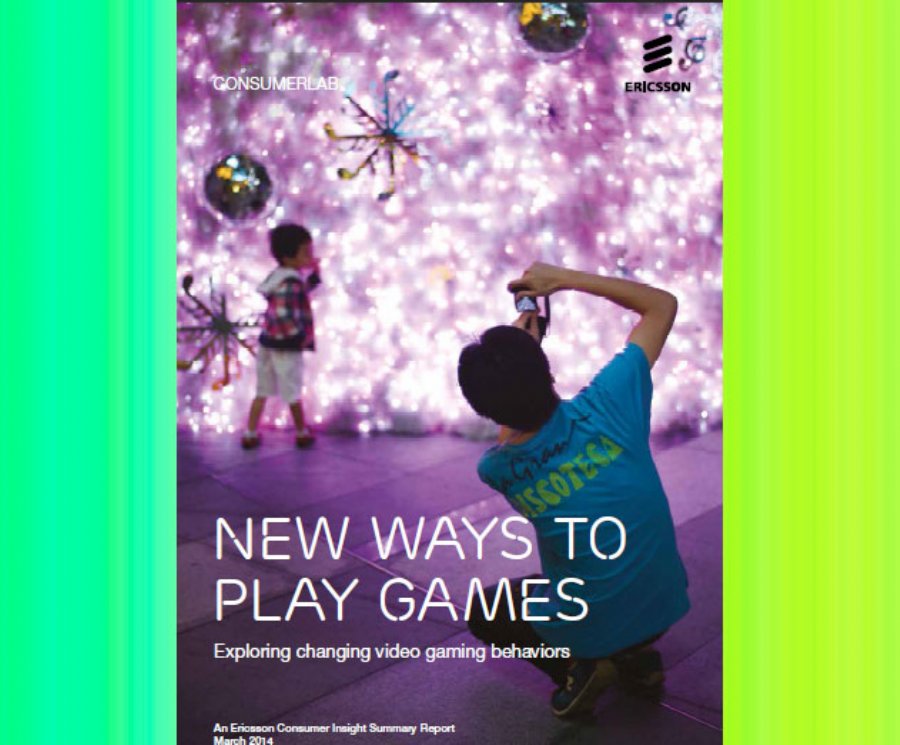 Mobile Gaming Under Transformation: The Profile of Gamers is Rapidly Changing


1,848
A new Ericsson ConsumerLab report shows that the world of games is being transformed and this transformation is being driven largely by a wave of new devices, more stable internet access and ever-increasing interest.
The report shows that the profiles of gamers is changing encompassing nearly all demographics. Immersion, socialization and rewards are the key drivers that motivate consumers to play new types of games on new devices.
Key findings from the report:
The profile of a gamer is changing. Out of the respondents for this study, 85 percent  in South Korea, 75 percent in the US and 53  percent in Brazil play fixed or mobile games.
The world of gaming is transforming and will  spread into new aspects of people’s lives.
It is not only technology driving the change, but also a growing interest for games as their
social acceptance increases. As games become more commonplace, consumers are becoming used to gaming  elements. This will drive the uptake of  gamification into other areas, such as learning and personal development.
Apart from getting rewards, the key drivers for playing games are game immersion, i.e. to
experience and concentrate on a specific game,  and socialization, i.e. to play with or against others. In order to enhance these areas, consumers are  motivated to acquire new devices and genres of games.
Similar to other media industries, gaming will shift towards internet-centric media experiences. This will give birth to new gaming services and business models, enabled by digital distribution, streaming and by collecting and analyzing personal information.
Stability and reliance are more important than bandwidth when it comes to the network for gaming. The number one pain point for gamers is disruption of the seamless experience. To offer the best experience, game developers ensure data packages are as small as possible. The loss of data or a connection remains a challenge.
The report outlines contextual situations which are growing gaming
Social interaction: There are two main reasons to socialize through games. First, socializing can enhance the gaming experience, such as when players collaborate in a game or discuss the game they are playing together. Secondly, games can also be used as a social communication channel, for instance, enabling people to catch up with friends. This makes socializing the main goal, and the game secondary.
Me time: Games can be played as a way to relax and be entertained after a long day. This type of gaming is often planned and takes place for a prolonged amount of time, for instance during the weekend, or at home in the evening. The motivation for playing games during me time is often to experience ‘game immersion.’
Free time: Increasingly, games are used to fill time, such as playing a quick game on the phone while waiting for an appointment, or taking a break between chores. This type of gaming session is often spontaneous, and varies in duration. Often games only offering rewards, not the other two drivers for playing, can be found in this context.
Commuting: Playing games on the move, for instance while commuting on the subway, has become more common. Just like in the free time gaming context, games only offering rewards as motivations are common here.
The report discusses how different gaming contexts are likely to develop further. Behind the transformation lies technology development, such as improved internet connectivity and better devices, as well as a new consumer interest for games.
There is much more to digest in this extensive report. Read the full report here.