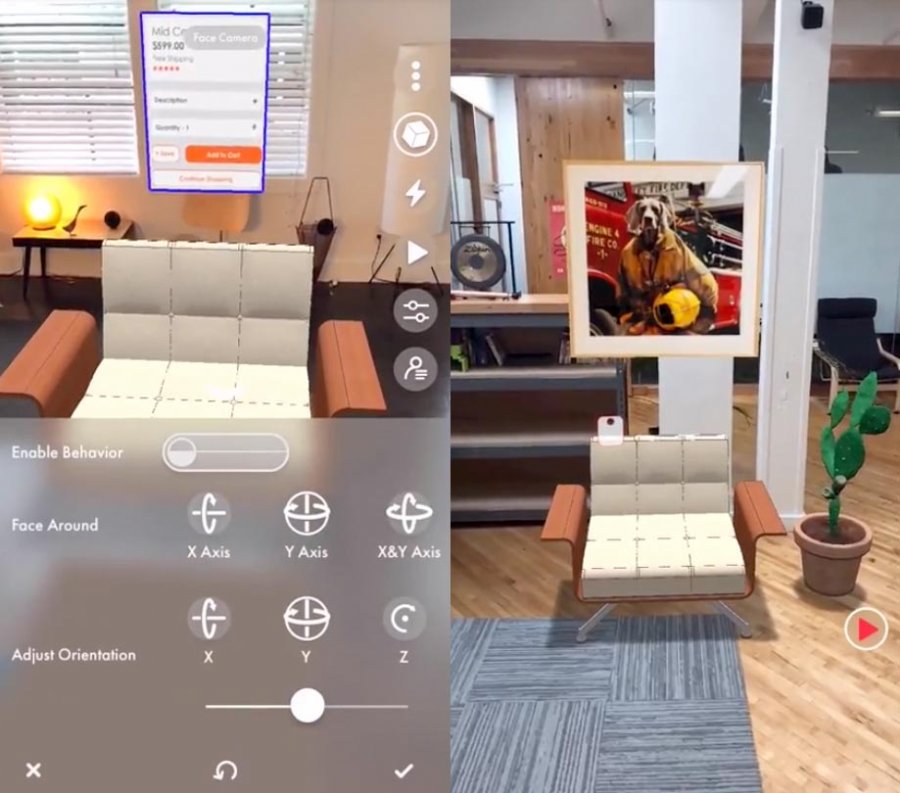 Torch 3D Inc. announced a new mobile AR prototyping and design app that allows anyone to design 3D apps, even if they have no prior 3D knowledge or coding experience. The app makes it easy for designers and developers to build interactive, multi-scene prototypes in seconds, and to collaborate in real time with other designers, team members, and clients.

The company also announced the addition of Natasha Jen, a partner at Pentagram, an independently owned design studio, as an advisor. In this new role, Jen will shape Torch’s visual communications, provide guidance on product roadmap and drive Torch’s engagement with the design community.

“Today is a milestone for Torch,” said Paul Reynolds, Torch CEO and co-founder. “This release sets a new high bar for 3D design tools while also dramatically lowering barriers to entry to the 3D world, and Natasha is going to be an asset to our team, adding value already with her strong industry perspective. It’s estimated there will be a billion 3D-capable mobile devices by the end of this year, and there are close to 5 million mobile app designers who already know how to design for them. With Torch, designers can finally tap the power of 3D to bring all their existing skills to this new - and sometimes intimidating - world.”

Unlike other apps of this kind requiring VR/AR, the new Torch app lets designers build interactive prototypes, collaborate on projects in real time, and work with existing 3D and 2D files, tools and workflows, all on the same mobile devices where the finished apps will run. Authoring on the mobile device also makes it possible to take advantage of mobile AR features like image detection, as well as the wealth of existing mobile platform features such as payment, voice input, social sharing, GPS and third-party app integration. Collaboration is made even easier by the ubiquity, affordability, and power of smartphones and tablets today - no need for cumbersome VR or expensive AR wearables.

“Designers were afraid of 3D before, but Torch has made the impossible possible,” said Jen. “It’s incredibly exciting to see and experience that sketching in 3D can be as fluid as in the 2D software that we’re used to. We’ve been using Torch for a few weeks and we have lots of ideas to experiment with.”

Mobile AR combines interactive objects displayed in 3D with elements from traditional mobile applications - such as screen-locked 2D UI elements and integrations with device features like phone camera, voice and text communications, GPS and other apps. Mobile AR burst onto the 3D scene in a big way last year after Google and Apple launched their own mobile AR platforms - ARCore and ARKit, respectively - and is expected to dominate 3D user experiences for the next several years.