Next
Richard Harris
9/24/2018 10:38:54 AM
9/24/2018 10:38:54 AM
Making apps by collaborating and sharing the profits
Unicorn Apps,Profit Sharing Apps
https://appdevelopermagazine.com/images/news_images/Creating-The-Next-Unicorn-Finding-Success-as-a-Tech-Startup-App-Developer-Magazine_0if6axib.jpg 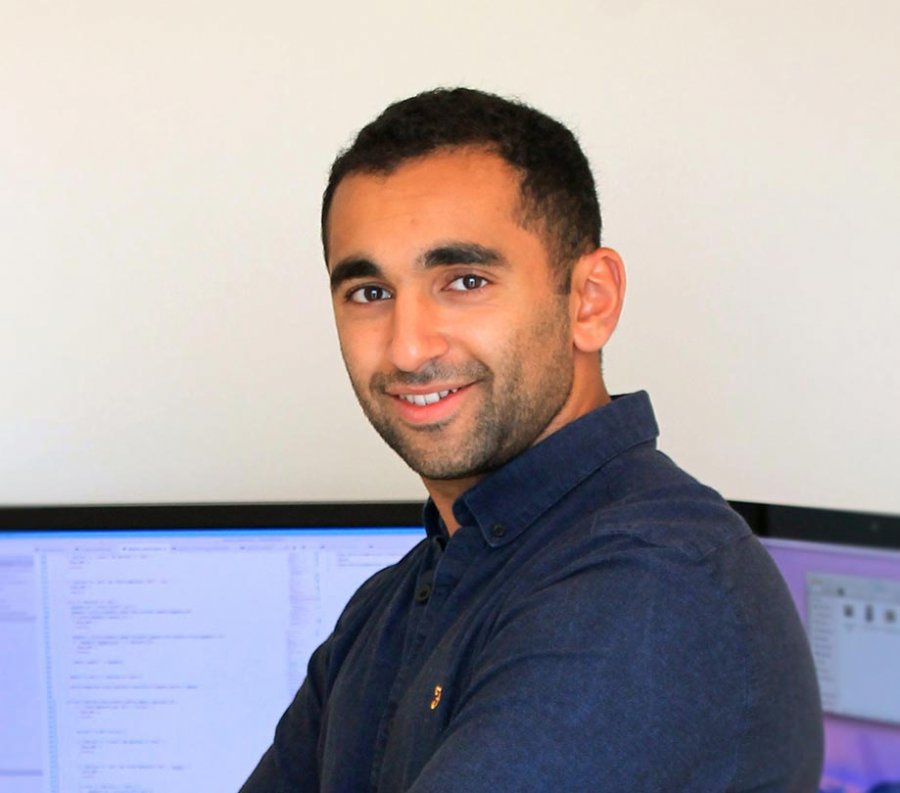 Making apps by collaborating and sharing the profits

Making apps by collaborating with others, then sharing in the profits based on your contribution. Here is some startup advice from the Founder of Crowdsourcer.io, Mike Daniel on creating the next unicorn in a world full of failing businesses.

Everyone has a project idea but most of them never go anywhere because getting all of the resources together to pull it off seems monumental. You might be a developer, but your not a designer. Or you might be a good marketer, but you have no sense of business.

For the past 12 months Crowdsourcer.io has been working on a web platform where people can collaborate on projects and earn a fair share of the profits based on their contribution. Think of it as "the most skin in the game you have, the more you can earn.." The system allows projects put on the site to earn money through sales, donations, and even third-party retailers.

It's an interesting tool that hopes to ease the grief many entrepreneurs face when trying to bring together the right people for a project.

In a world seemingly full of Ubers and Airbnbs, we explore what it takes to become a so-called Unicorn and how it's become increasingly difficult for software developers and programmers to start their own businesses with failure rates reaching astronomical levels.

We spoke to Mike Daniel, Founder of Crowdsourcer.io, about what's causing the high failure rates, changing the perceptions in the industry, and examine alternatives to working together.

ADM: What challenges do developers face in the current sector

Daniel: The software & tech industries have grown and ﬂourished in a bizarre environment. The sectors are so intertwined with the internet and huge corporations that we can't compare business and employment in these sectors to what we're used to. If you wanted to start up a barbershop, you wouldn't have to compete with every single barber on planet Earth to do so, or worse still, a multi-billion dollar company. Unfortunately, this is the problem the sector is facing and it hits software developers and technicals the hardest.

It's resulted in an environment where it's incredibly hard for developers to use their expertise to create their own business, as they're simply unable to compete on merit alone - what with barriers to entry for the market signiﬁcantly reduced and then rebuilt in marketing budgets. This coupled with the fact that technicals are increasingly being considered mere "resources" by large companies and we can begin to paint a picture of a really tough ride for many.

ADM: What options are out there for technicals who want to create their own products or businesses?

Daniel: Straight off the bat, the option we've all grown accustomed to is Private Equity (or Venture Capital) which rose to prominence out of Silicon Valley in the 70s and 80s. It's created massive successes that have become household names (eBay, Uber, Airbnb etc.) and has built its reputation as the route to take to make your business a success.

The internet has also come up with alternative solutions for developers, with crowdfunding rising to prominence and crowdsourcing and open-source/open-core offering a collaborative approach for developers. There are, of course, the traditional ways of starting businesses, often overlooked by many, including debt ﬁnancing from banks.

ADM: Why do entrepreneurial developers need an alternative to what's out there?

Daniel: Though VC's are often seen as the be all end all of the startup and tech world, our perception is heavily skewed by a Unicorn bias (The bias created from only really seeing the successful companies valued at >$1Bn) - when in reality only a tiny fraction of VC backed startups reach Unicorn status. The truth is, however, that Private Equity is brutal, encourages unsustainable business practices, focusses on growth and market monopolization over cash ﬂows and has failure rates reaching as high as 97% with VCs investing in almost anything with the promise that statistically they'll ﬁnd a future Unicorn.

Crowdfunding is a great alternative for some, but requires a potentially costly marketing campaign to achieve success, limits the scope of a project substantially (due to tight budgets) and doesn't help to ﬁnd talent or preclude incurring costs such as for ofﬁce space or recruitment to name a couple.

Open-source/open-core have their own, greater merits to society as a whole that warrant their use. For those who use it to fulﬁl their own vision for a product, however, have to accept that it's incredibly difﬁcult to make it a commercial success even if it does make it quite easy to collaborate with high-quality talent - who ultimately can't be paid.

ADM: What alternative model do you propose?

Daniel: What we're looking into right now is a model which turns things on its head. It abstracts capital investment and replaces it with labor which almost instantly solves most of the problems I just mentioned and removes conﬂicts of interest that we've taken for granted for centuries in everyday work environments.

There are similar models out there such as proﬁt sharing or "rev-share", but what we want to do is formalize them. Currently, proﬁt sharing is in its infancy, is largely a legal nightmare and has such large hurdles to set up it's almost not worthwhile.

What our model does differently is that it makes all of the above really simple. Rather than formulating a legal agreement to determine who owns what, we allow for the assigning of a value to any activity completed in a team by its members. As this "value" is accrued you can very quickly start to see the level of activity and contribution input by each member. Splitting proﬁt suddenly becomes trivial and everyone from the person who created the project to the contributors working on it gets a fair and equitable split of the proﬁts based on this contributed value. The beneﬁts of this, though perhaps not obvious at ﬁrst, is quite profound.

ADM: How does this model enable developers to start making their own commercial projects?

Daniel: Straight off, substituting capital for labor means that there's no salaries or wages to be paid, no real need for ﬁnance and subsequently risk, all without compromising on the ambition of the project.

By removing quotas or other legal obligations required to get a share of the proﬁts, developers are completely free to work on their own or other projects as little or as much as they want, whether that's in their spare time, full-time or something in between. Not having to sacriﬁce their livelihood and ﬁnancial well-being is something which most other routes of venture creation don't allow for.

ADM: How does this model increase the chances of success for developers?

Daniel: We're entering the realm of what makes a product successful, and that can vary from market to market. In some markets the only way to be successful is to have a humungous marketing budget, in some, it's to have the most affordable product, with others the highest quality product. Whatever it is, our model enables dev teams to scale, and theoretically scale far more than conventional businesses, the added manpower of which can be used to compete with the products of the largest players in the market. Even marketing (to some degree) can be boosted signiﬁcantly with manpower alone. Our model caters for expenses and their reimbursement, so even if a team was required to spend on marketing, it would still be able to be done whilst staying true to the spirit of sharing proﬁts.

There are other beneﬁts too. For instance, you no longer have to worry about worker efﬁciency. If someone is slow, he or she'll be rewarded less. If someone's producing low quality work it'll have to be reworked to receive his or her reward. The model creates an environment where it's in the best interests of collaborators to produce the highest quality work as they have a genuine stake in the quality and success of the product they're contributing to. Quality and manpower can produce a potent mix.

ADM: In what ways does this model improve upon existing working relationships?

Daniel: On a fundamental level, it's an inherently fairer way of working with people. Rather than having wealth go straight to the top, or pushing the cost of labor down to increase proﬁts, you have a model which rewards positive contributions to a product/project. This naturally reduces conﬂicts of interest in the workplace. Agency theory? The principals and the agents are the same people! Free rider problem? It's not a problem, free riders just get less reward and more people can join to pick up the slack. The tragedy of the commons? The gains of individuals are gains for the common good. And these are just a couple off the top of my head, the list goes on and on.

On top of all of that, at the heart of this relationship is collaboration. A decentralized, non-hierarchical, democratic workplace for people to collaborate. The beneﬁts of collaboration can be read about for a hundred different industries, contexts, and professions.

Lastly, a model like this allows people to contribute to multiple projects all of which genuinely interest them. And from the other perspective keeps the door open to talent for projects looking to increase their ranks. Having a mutually beneﬁcial relationship and one which has transcended traditional employer-employee relationships, can only lead to more positive working environments and relationships.

ADM: Is this the future of work?

Daniel: This is a really tough question as the near future of work could radically change.

On one hand, should the world of business and work continue as it has done for the decades since the middle of the 20th Century, then I'd expect to see a higher adoption of a model like this. Whether that's because of reducing wages (for many 9-5 isn't enough to sustain themselves) or in a bid to create sustainable businesses that can compete with established businesses, I don't see why a model like this couldn't become the de facto route for venture creation.

On the other hand with the rise of AI, we're talking about genuinely restructuring society for the ﬁrst time since the advent of informational technology. Many believe that in the future we'll live in a society where AI does most of the work for us, giving us the freedom to explore our interests and spend time with our family and friends. Even in such a future where a model like ours might appear obsolete, challenges of distribution of wealth would have to be addressed and though it almost certainly wouldn't be this exact model, a similar one could well be the solution.