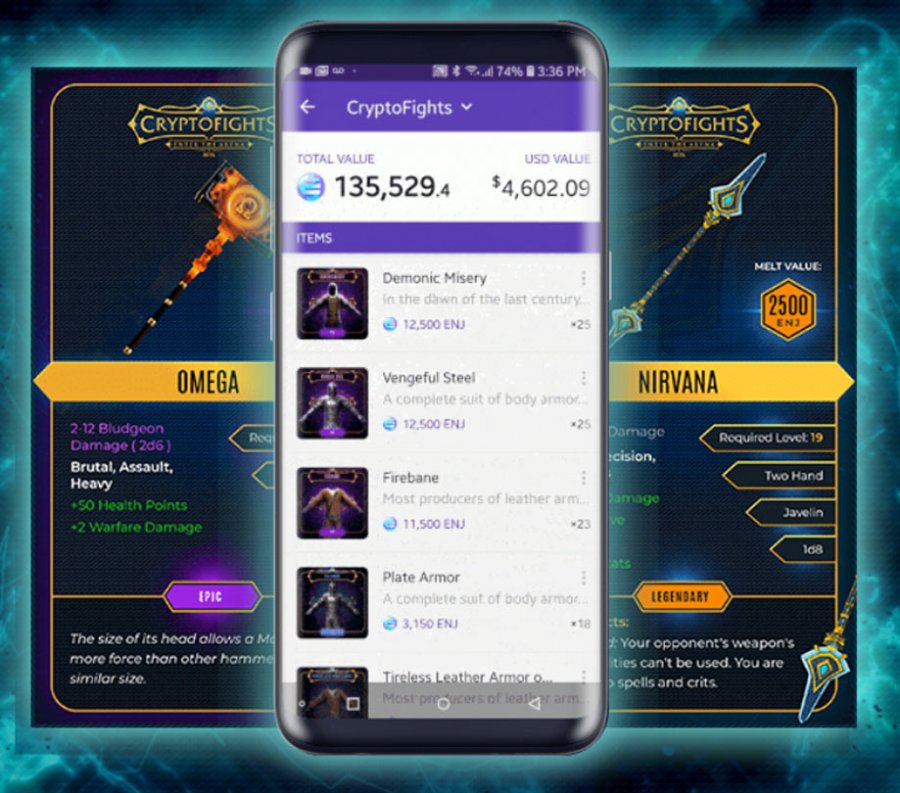 Kronoverse, the game dev team behind the blockchain 3D fighting game, CryptoFights has secured a lead investment in its seed round from Calvin Ayre, online gaming entrepreneur and founder of Ayre Group and CoinGeek.

Kronoverse Corp. has secured a lead investment in its seed round from Calvin Ayre, online gaming entrepreneur, and founder of Ayre Group and CoinGeek. The investment comes on the heels of Kronoverse’s groundbreaking announcement last month that it will use the Bitcoin SV [BSV] blockchain to power CryptoFights’ game networking layer. Ayre is a key backer of BSV, through his CoinGeek mining, media, and investment operations, and expects the investment to provide a significant boost to BSV blockchain usage and transaction volume.

The team at Kronoverse are ambitiously merging blockchain technology with gaming to benefit all gamers.  Set in a mystical ancient arena, their CryptoFights games operates with blockchain technologies, and allows Android, iOS, and PC gamers to battle player versus player (PvP) in 1v1 duels and soon up to 3v3 insanely gruesome skirmishes.  Kronoverse has tapped into the BSV blockchain’s unique power as an auditable data ledger and data storage network.

Their CryptoFights game will use the BSV blockchain in several cutting-edge ways:

The gameplay uses the BSV blockchain in its networking layer.

The platform will record online game battles to the BSV blockchain, so they can be accessed forever.

Kronoverse is developing a custom block explorer (or better yet, a “battle explorer”) to view past and live games.  Players can replay all their past games using data from the BSV blockchain.

Named for the “Satoshi Vision” of Bitcoin’s creator Satoshi Nakamoto, Bitcoin SV restores the original Bitcoin protocol, keeps it stable, and allows it to massively scale.   BSV has the scaling roadmap necessary for online games to use the blockchain in innovative ways, as Kronoverse is doing. Just recently, BSV’s blockchain witnessed not one, but two, 128MB record-setting blocks - the world’s largest ever on a public blockchain.  (For comparison, Bitcoin Core [BTC] has a small 1MB block cap).   With 128MB blocks, BSV can handle 800+ payment transactions per second and also record large data files (such as game videos and high-resolution photos), and proves that massive on-chain scaling works on Bitcoin.  Furthermore, Bitcoin SV is preparing for gigabyte (1000 MB) and eventually terabyte (1 million MB) blocks to process billions of payment transactions per second and even larger data files, and become the global data ledger for all industries, not just online games.

Kronoverse CEO Adam Kling explains: “We were investigating other blockchain platforms until we learned about BSV and saw it delivers what we need for online games to leverage blockchain’s true capabilities. BSV has the massive scaling plan to handle large data files for recording the massive amounts of data we plan to utilize, has great developer tools created by its community, and provides an audit trail.  Now with Calvin Ayre’s investment, we can make CryptoFights even more powerful with the BSV blockchain.”

With its blockchain game innovations, Kronoverse can also transform eSports. Blockchain-enabled move tracking means all your player moves are recorded on the blockchain, and provides unlimited match playback with analytics.  It will stop cheaters, as blockchain technology keeps the players honest, transparent and accountable.  These attributes make CryptoFights well-positioned for competitive play, and can revolutionize the eSports industry.

Calvin Ayre commented: “I love online games and I love Bitcoin, so it’s great that Kronoverse combines them both.  I’m impressed that its team quickly recognized what the original Bitcoin, now back as Bitcoin SV, can do with massive scaling.  I’m betting that Kronoverse makes a big impact, and I encourage other online game companies to also build on Bitcoin SV.”

Ayre’s investment is part of a broader collaboration.  nChain will support Kronoverse with its technical consulting services and access to its vast intellectual property portfolio.  Along with Ayre’s CoinGeek operations, nChain is another key backer of Bitcoin SV.

“Kronoverse adds the fun - and big transaction volume - of gameplay to the Bitcoin SV ecosystem.  And like a good gamer, it is taking creative uses of the BSV blockchain to the next level.  We look forward to working with Kronoverse to further unlock BSV’s technical power for the online game sector, and invite more companies to build on the only massively scalable blockchain – Bitcoin SV.”