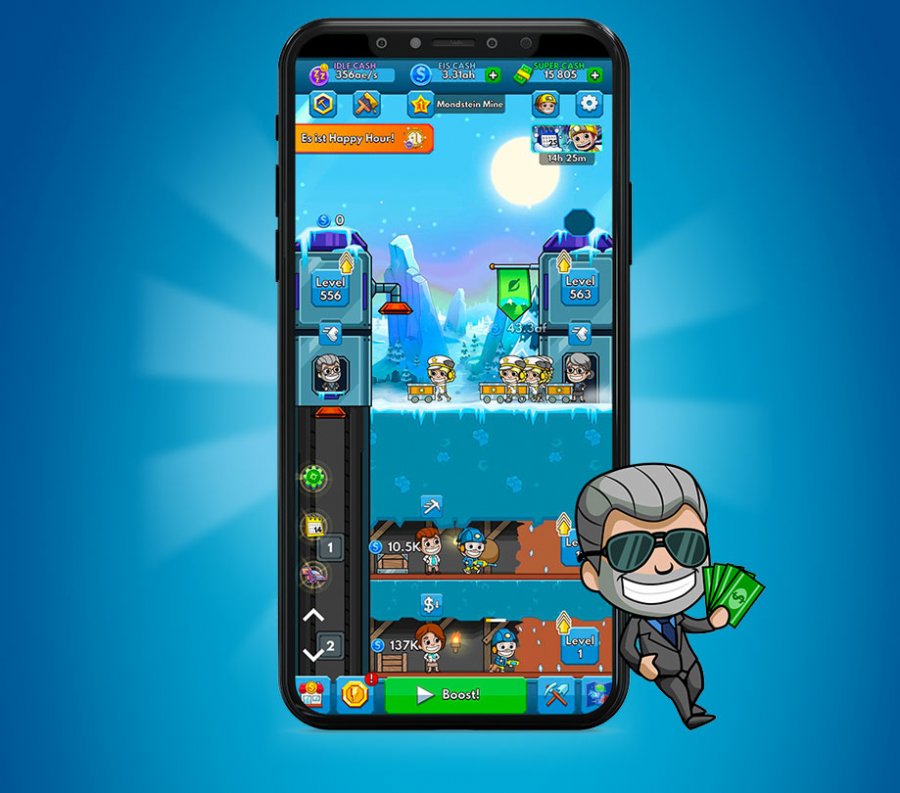 Idle Miner Tycoon has reached a new milestone in its storied history. The title, which revolutionized the idle genre upon its release in 2016, has officially surpassed the 150 million download threshold. The downloads represent the accumulated totals from both the Google Play Store and Apple App Store and demonstrate the title’s impressive longevity in an increasingly competitive market.

First released in 2016, Idle Miner Tycoon gained notoriety for its signature core-loop and live operations setup, featuring weekly updates and special event mines that achieved high levels of user retention. This combination, along with the game’s unique art and character design spearheaded Kolibri Games’ impressive growth from a small studio founded in a student dorm, to one of the idle genre’s most recognizable brands.

Idle Miner Tycoon has consistently maintained its upwards trajectory, and since the acquisition of Kolibri Games by Ubisoft in 2020, they have considerably expanded its in-game features and signature special events.

"This milestone is a testament to the impact that Idle Miner Tycoon has had on the idle genre and mobile games as a whole. I’d like to congratulate all the members of the team who worked on IMT through the years, continuing to apply their creativity and ingenuity to grow this title to the heights that it’s reached.

While achievements like this serve as a validation of past decisions, we’re very excited about what’s still to come for Idle Miner Tycoon. The game is central to our mission of reinventing the idle genre, and we look to engage our players, current and new, with more exciting features, characters, and special event mines in the years to come," said Guillaume Verlinden, Managing Director of Kolibri Games.