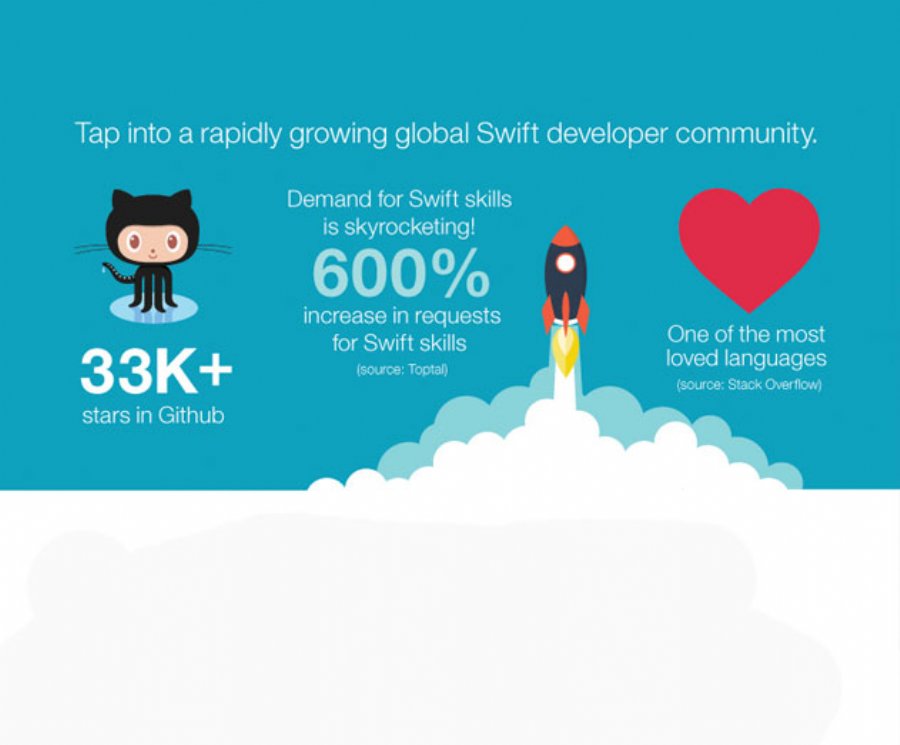 
8,486
IBM has announced the IBM Bluemix Runtime for Swift, a production-ready Swift runtime on the IBM Cloud for public, dedicated and local deployments. With this release, IBM has made Swift ready for enterprise development.
What's New:
- Enterprises can now build next generation apps in Swift on both client and server-side on the IBM Cloud. IBM is the only leading enterprise Cloud provider offering developers end-to-end Swift capabilities.
- The IBM Bluemix Runtime for Swift announced today supports all of the server-side capabilities now available in Swift 3.0. All of IBM's Swift tools support Swift 3.0 and new Swift-based packages are available in the IBM Swift Package Catalog such as IBM Watson services, IBM Cloudant and Apache Cassandra. This unleashes a heightened level of creativity, speed and scalability for Swift developers especially at the enterprise-level.
- With Swift on the Cloud, enterprises will benefit from high performance mobile back-ends, APIs and microservices to significantly boost their enterprise mobile efforts.

“Swift on the server has been a popular topic at Swift and iOS community events such as meetups and conferences around the world, and in popular industry newsletters and blogs. Thanks to industry leaders such as IBM, the excitement for the future of Swift has continued to grow and capture the imaginations and creativity of both well-established and new community members alike.” - This Week in Swift

A recent study from IBM Institute for Business Value calls attention to the benefits of mobile apps for enterprises. Seventy-two percent of global executives plan at least five enterprise mobile initiatives over the next year with 21 percent expecting their enterprises’ revenue to increase at least 10 percent as a result of these initiatives. Another IBM study shows a similar story for cloud investments. Forty-two percent of executives said that strategically adopting hybrid cloud solutions both enhances operational efficiency and facilitates innovation.