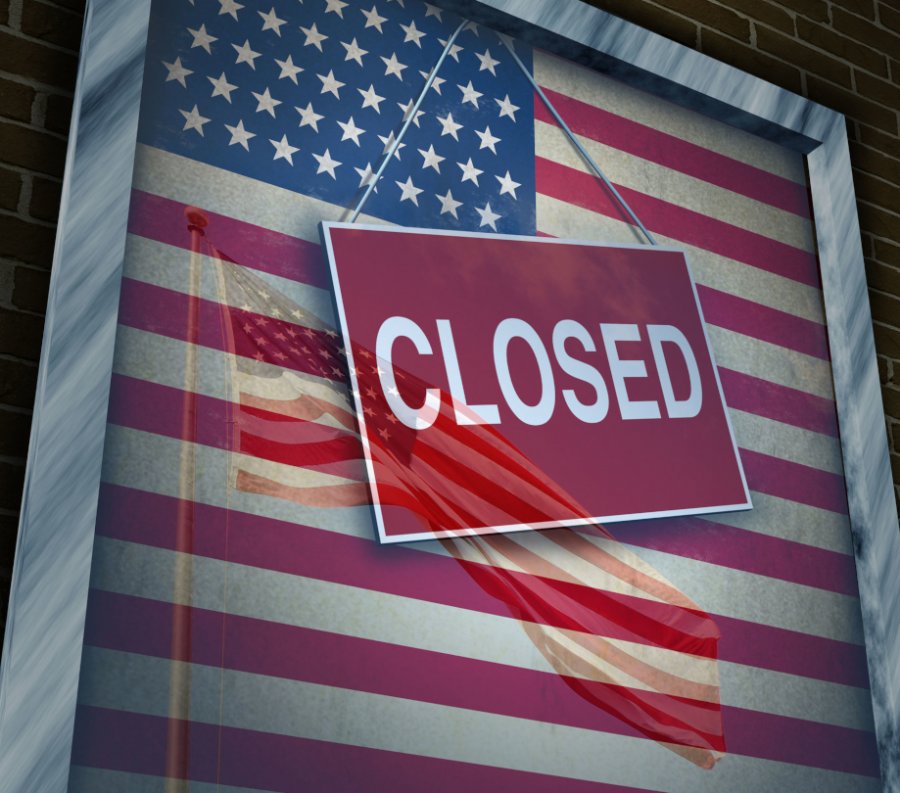 How the US Government shutdown could effect your app

With the recent government shutdown poised to become the longest in US history, the effects across all sectors of the economy could be unprecedented, leaving the mobile app industry unspared.

The impacts of the US Government being offline are obvious to the daily operations of the National parks, security agencies, and other federally funded offices. But it doesn't stop there. Techcrunch recently reported how this shutdown (close to the longest running in history), is affecting IPO ready companies, and Karen Hao, a reporter for MIT Technology Review recently said, "The government shutdown has severely weakened cybersecurity in the US."

The mobile industry could see an impact as well. How? Just take a look from the top down and follow the money. Even though major networks want to make it seem like it's all about Federal workers not being paid, which is devastating to the families behind them, small businesses have lost the ability to get loans, consumers might be waiting on tax returns longer, families trying to get some home loans are being turned away, food safety is at risk, and actually a lot of public safety is at risk since many of the safety organizations are operated from the government.

More than 800,000 US workers have been furloughed without pay during the duration of the shutdown, which has now lasted over 20 days. If it goes another two days, it will turn out to be the longest US government shutdown in history - and we don't have a recorded example of what happens past this critical point.

How will this affect the mobile industry and mobile apps?

It's unclear yet how the shutdown is going to affect the mobile economy because it's difficult to unravel all the places it touches every day. On one hand, it seems us American's would let every other bill go unpaid, with a single egg left in the fridge as long as our cell service is working and we can still scroll Facebook. So in that regard, we will barely miss a beat.

But although the mobile economy seems to be maturing, it's never been challenged with such a thing as an extended partial Government shutdown that stretches to the roots of the US economy. Even though we all love our phones and apps, if the shutdown continues much longer, the app stores could start seeing less spending by consumers, and mobile ad networks might start experiencing advertiser withdrawal as they hold on to their stockpiles of money for when they know consumers have more confidence to tap an ad and install a new game (in hopes they convert to a paying consumer). That all trickles down to app developers and entrepreneurs who rely on a steady stream of revenue from the largest digital boom since the days of Packard Bell.

2018 had some of the worst cyber attacks and breaches in digital history, so it's alarming to think of the core US cybersecurity suffering while the shutdown is in place. The vulnerabilities to our security go way beyond mobile apps themselves, as an example, if an API endpoint you use is breached, or something gets into a central network that causes DDoS style slowness, mobile usage everywhere could come to a crawl.

GSMA reports that in 2017, mobile technologies and services generated 4.5% of GDP globally, a contribution that amounted to $3.6 trillion of economic value added. By 2022, this contribution will reach $4.6 trillion, or 5% of GDP. An incredible number that should remind lawmakers that while it's easy to dismiss the small super-computer phone you carry around in your pocket, the ramifications of choking off the supply of consumer dollars to the mobile ecosystem could dry up a thriving new landscape and reduce you to using a flip-phone (not hating on the flip, I loved my Motorola).