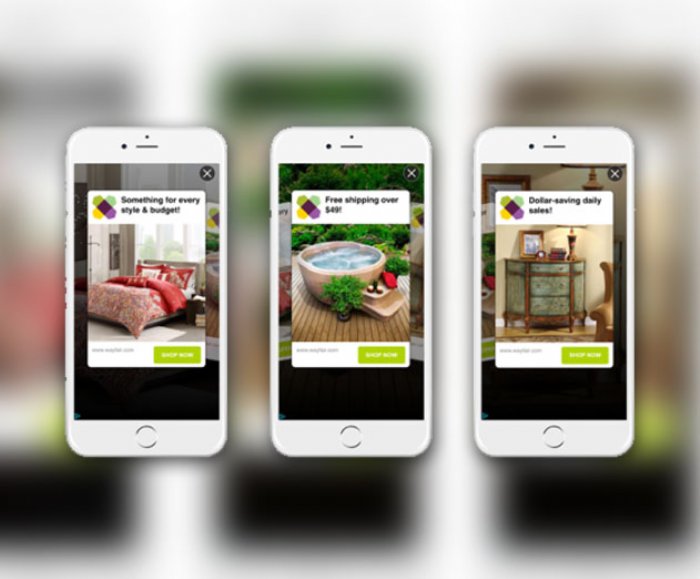 
22,989
Facebook has announced one of its most significant introductions of ad types and formats available through its Audience Network to help publishers monetize their apps. These new options are derived from formats that have proven to successfully drive engagement in the Facebook News Feed.
The new offerings include Native Video and Interstitials which have been Facebook’s top achieving units - and now developers can now use these outside of Facebook in their own iOS and Android apps.
Native Video
Facebook reports that over the past six months they have seen increased publisher adoption of native ads with 5 times more apps using native ads than the start of 2015. Overall, native ads represent over 80% of impressions in the Audience Network.
By upgrading to the latest SDK for iOS and Android and utilizing the new MediaView, publishers can now bring the autoplay video ads experience from Facebook directly to their apps. Video demand will also compete with native display in the same auction to maximize yield for each impression served.
Unique Formats for Interstitials
Facebook is also bringing demand from high performing Facebook formats to publishers through server-side changes. Publishers who already use Audience Network full screen interstitials will be eligible to deliver the following formats without any changes to their existing placements:
- Dynamic Product Ads: This solution enables advertisers to create relevant and timely ads based on the products people have visited in their website or app. For example, retailers and e-commerce businesses with large product catalogs that have seen success creating personalized ads for their shoppers on Facebook, and can now extend their campaigns to the Audience Network.
- Carousel Ads: The carousel format gives advertisers more creative real estate in full screen interstitials to showcase compelling imagery for their mobile app. They can showcase up to five images within a single ad unit.
- Click-to-Play Video: Full screen interstitials also deliver click-to-play video ads while providing people with complete control over their experience.