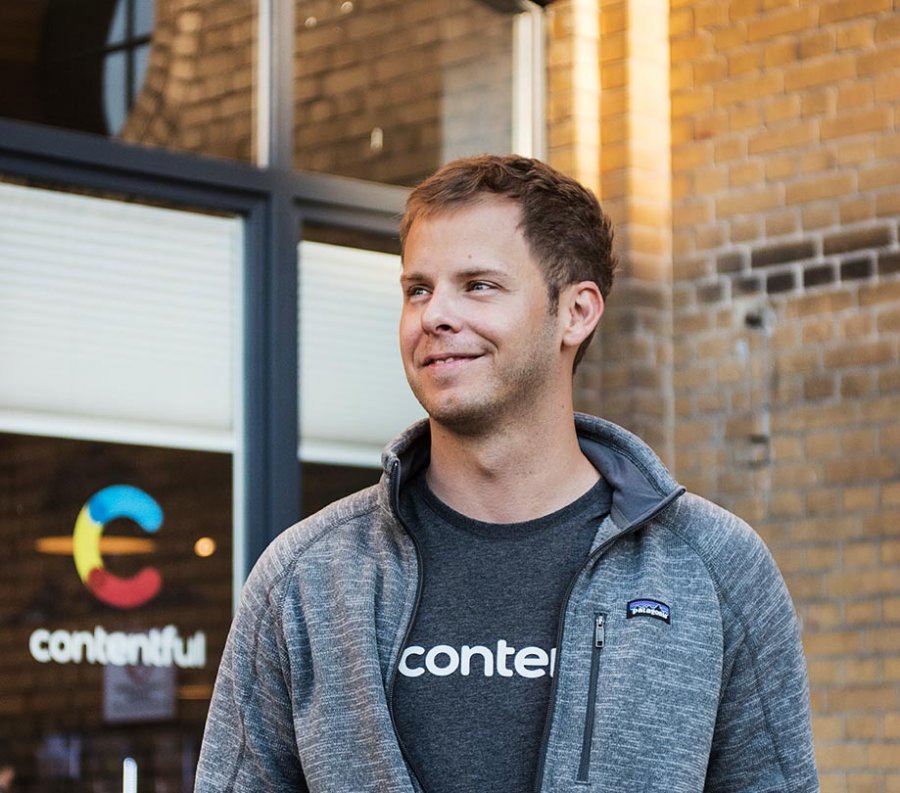 As the role and value of content increase, many companies are finding that their existing content management systems just aren’t cutting it. That’s not surprising as legacy CMSes were built for page-based desktop publishing and are simply too rigid to be adapted for today’s dynamic digital demands. Indeed, maximizing the value of content depends on moving from the CMS category. But how?

In a recent conversation with Sascha Konietzke, CEO of Contentful, he explores the key factors and options companies looking to optimize current and future content have to consider and choose from.

ADM: What's the difference between content infrastructure and a CMS system?

Konietzke: Remember when companies rushed to get online during the first dot-com boom? The page-based websites at that time consisted mostly of static content - they were basically brochure sites. It was a huge turning point for B2C and then B2B organizations. However, today’s content and customer demands are much more rigorous than those of the early 2000s.

Why the history lesson? Many companies are asking developers to build 21st-century products with 20th-century content management tools. The CMSes that supported content requirements a generation ago don’t have the power and flexibility to deliver content for cutting-edge digital products. Content infrastructure solves a host of traditional CMS problems and limitations and integrates with other best-in-class services.

ADM: Can you paint the picture of just what a legacy CMS looks like, because most developers may have no idea they are using an aging system?

Konietzke: It’s true that you don’t know what you don’t know, and many companies have no idea what they (and the bottom line) are missing if they simply keep using the same old CMS. Developers usually know, though. They learn what’s out there and see what’s possible, and feel frustrated by what they can’t do because of legacy CMSs’ rigidity and complexity, exacerbated by layer upon layer of customization and technical debt. They know that making any kind of change to such a system is a huge risk because you never know what will be affected or even broken. The potential for unforeseen problems makes companies innovation-averse.

ADM: What are the biggest drawbacks to legacy CMS, and what are the strengths of classic CMS systems?

But “agile” isn’t a buzzword for nothing: The most successful companies are experimenting and iterating based on real-time customer feedback, and content is an essential element of new digital products. That content can come in many forms, including those we haven’t even imagined yet. So, the biggest drawback to legacy, monolithic CMSes is that they don’t support companies in iterating quickly and leveraging content in whatever form the customer wants it to take. They also don’t integrate with modern software delivery pipelines - and everything, especially modern websites, now function as agile software products.

ADM: What can companies do to ensure the right content gets to the right place at the right time?

Konietzke: Companies need to take a unified, flexible approach to content so they can deliver content in any form to any digital channel. It requires a focus on modern agile development practices that allow for frequent adjustment and iteration. Many realize how dated and ineffective their CMS is, but don’t realize there’s a better option in content infrastructure until they’ve seen it in action.

ADM: What are the biggest challenges companies face right now with current and future content needs?

As with many things in life, it’s best to set small, achievable goals. It’s not about replacing your CMS (or more likely, your multiple CMSes) - at least, not at first. When developing a new digital product, companies should rethink their technology stack, team setups, and processes, and use cloud services to provide the foundation needed to support a content infrastructure solution.

ADM: How should developers think about APIs working with CMS systems vs. content infrastructure?

Konietzke: The Contentful infrastructure uses several APIs to enable developers to integrate with services such as search, collaboration, and personalization, and then edit and deploy content simultaneously with code.

The APIs make the platform fully open, so developers can use the tools they want, designers can create custom user experiences, and information architects and editors can structure content to suit workflow - and not the other way around. And, since the content infrastructure is API-driven when companies are ready to make the move from legacy CMSes, migration is relatively easy. Legacy systems simply do not have these abilities - or flexibilities.

Sascha is the Co-Founder and CEO of Contentful. His fondness for programming helped Sascha land his first job at the age of 15, working as a webmaster for a VC-funded hardware startup. In 2005, Sascha joined Hewlett-Packard where he was quickly recognized for spotting promising technologies and taking an entrepreneurial approach to day-to-day projects. After leaving HP in 2008, Sascha traveled extensively and co-founded Tagcrumbs, a geo-location based bookmarking service for smartphones. In 2011, he started working on a CMS for mobile apps which went on to become Contentful. Sascha holds a degree in Business Information Technology from the University of Cooperative Education in Stuttgart.