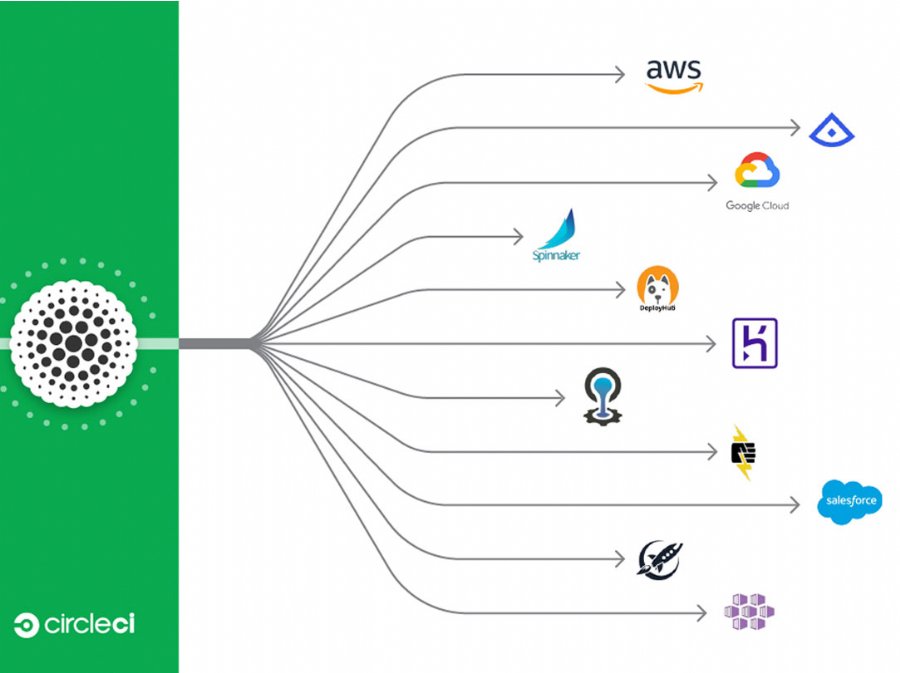 CircleCI now integrates with Google, AWS, Salesforce and many more

CircleCI is set to become the first and only standalone CI/CD offering to integrate AWS, Google Cloud, Salesforce, Microsoft, and many others directly into their pipeline. In partnership with more than 20 companies, CircleCI is releasing a number of new Orbs that provide simple out-of-the-box solutions for building, testing, updating, and deploying applications.

CircleCI announced a suite of orb integrations with twenty partners such as AWS, Google Cloud, Salesforce, among others. These orbs allow developers to automate deploys in minutes directly from their CI/CD pipeline.

To improve speed to market, developer teams have advanced from automating their testing to the next stage of DevOps maturity - automating their deploys. However, automating deploys is a challenge for most due to a lack of confidence in the process, along with the hours it takes to write integrations to deploy to services such as AWS ECS, AWS Serverless, or Google Cloud Run. It has been established that nearly 50 percent of developer time is spent writing new code, improving existing code, and managing code maintenance.

CircleCI has designed a suite of deployment orbs to help developers overcome these roadblocks. Deployment orbs allow developers to choose where they want to deploy to based on their current setup and workflows and creates an integration in minutes using a pre-packaged config.

By simplifying the process of automating deploys, teams can build confidence in their process, ship new features faster, and take advantage of cutting-edge technology without having to overhaul their existing infrastructure.

“CircleCI is always focused on the newest technologies that help software teams be effective. If your team is making a big transition, like adopting serverless services such as AWS Lambda or Google Cloud Run, it’s a great time to take advantage of CircleCI’s advanced deployment capabilities,” says CircleCI’s VP of Business Development, Tom Trahan. “Our deployment orbs make it easy to integrate with these modern tools, eliminating the need for teams to spend time and cycles building the integrations themselves.”

CircleCI orbs bundle CircleCI configuration into reusable packages that enable users to perform thousands of out-of-the-box use cases without the need for complex configuration.

This suite of orbs comes on the heels of CircleCI’s one-year anniversary of orbs. Since launch in November 2018, orbs have been widely adopted by CircleCI users, with more than 13 thousand organizations using orbs in nearly 40 thousand repositories and 9 million CI/CD pipelines.

Automating deployments is one of the most popular out-of-the-box use cases and contributes to 20 percent of overall orb usage, which indicates the growing demand for these services.

Orb creation has gained popularity among partners as well. CircleCI currently has more than 116 certified and partner orbs from technology services such as Heroku, Kubernetes, and Helm, and more than 1,200 total orbs listed in the CircleCI orb registry.

Cameron Gray, co-founder of platform as a service, Convox described his experience building a deployment orb in a statement: "Working with CircleCI to build the Convox orb was so easy and powerful. With the Convox CircleCI orb our customers are able to build an application, run their tests, and deploy to Kubernetes clusters running on multiple clouds all with a single workflow, which will save time for users to do what matters most."