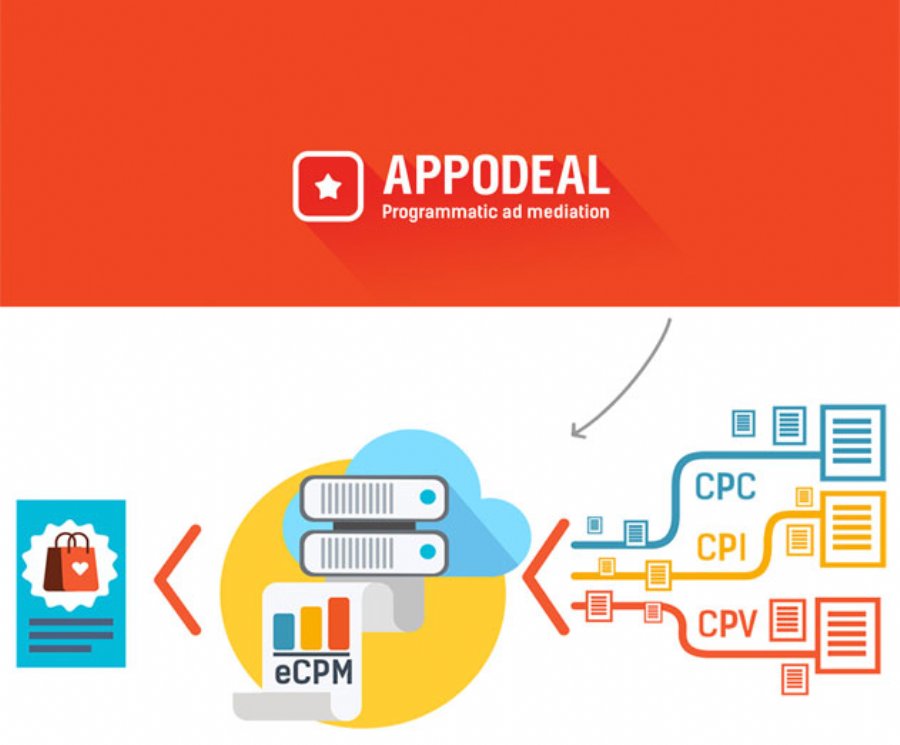 
26,535
Appodeal has announced new growth plans for its mobile ad marketplace after receiving $3.1 million in new funding from some of the top app publishing companies worldwide. App publishers investing include Ximad, Lametina Holdings, Lucky Star Games, and others.
The new investment will allow Appodeal to continue to grow its ad marketplace which provides a platform for ad networks to compete in real-time for mobile ad inventory. The programmatic ad mediation solution works by engaging ad networks in an auction-based competition for every ad impression.
With the new funding, Appodeal will continue to enhance its technology and network integrations to maximize mobile advertising revenues for over 4,000 apps. Currently the marketplace serves over 2 billion impressions and provides over $1 million payments to publishers every month.
Appodeal’s platform began as an internal company product focused on increasing efficiencies and revenue for the company’s own apps. From these beginnings, the Appodeal marketplace has grown exponentially and now connects all major ad networks ( including Google’s Admob, Mopub and Inmob), ad exchanges, demand side platforms, and trading desks providing a publisher centric opportunity to maximize app ad revenue.
Appodeal CEO and Founder Pavel Golubev is a veteran of the mobile publishing space, having founded a mobile publishing company with over 4 million daily users prior to creating Appodeal. His hands own experiences as an app publisher have provided him with the knowledge of what developers truly needed to make their apps profitable through the advertising revenue.
Golubev provided these comments about the recent funding and growth prospects for Appodeal, “The mobile ad industry has favored the advertisers for far too long. Our aim is to bring power back to the mobile app publishers. We are growing through the investment of the app world and in turn giving them increased profits.”
In today’s market, developers need access to more than the traditional banner ad for app monetization. Appodeal enables a range of creative formats, from video to native ad solutions placing relevant messaging in a context of related content. In order to increase the ad revenue, user data is enriched for publishers with demographics and behavioral data before reaching demand sources. This relevancy translates to higher levels of engagement and increased profits passed to the publisher.
Appodeal’s platform provides a new paradigm which separates the solution from traditional advertising mediators which require users to manage multiple ad networks through use of waterfall schemas, analyzing performance metrics across various data groups, for each network separately.
Appodeal instead makes use of auction-based mediation to minimize the human factor in the monetization strategy while optimizing the publisher’s ad inventory. The business model is focused on bringing in direct advertisers to buy traffic from Appodeal, which means all revenue goes directly to publishers with no mediation fees or commissions.
Publishers can join Appodeal through a one-time integration of their SDK. This allows for automated mediation, optimizing the monetization solutions that each advertising demand source provides. Through programmatic ad mediation, Appodeal negotiates the price per impression with demand sources, including RTB and non-RTB marketplaces – much in the say way eBay facilitates a system of bidders. Ultimately this means the opportunity for higher profits for developers with minimal effort.