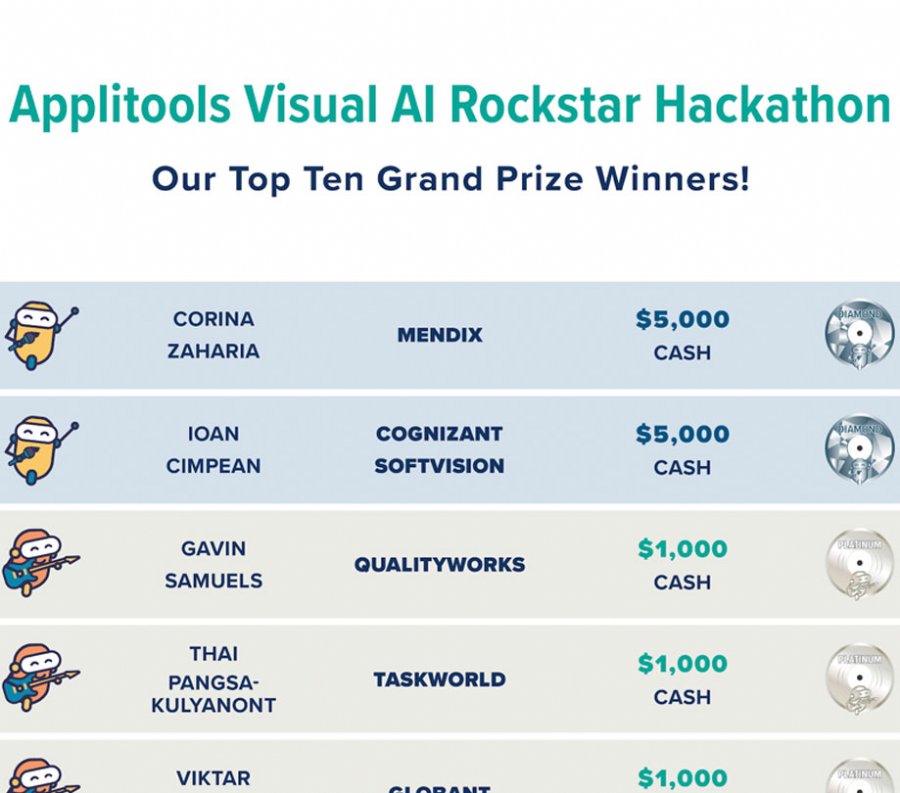 More than 3,000 applicants competed in the Applitools Visual AI Rockstar Hackathon to win 100 cash prizes and to be recognized as the top functional and visual test automation engineers on the planet.

Applitools announced the 100 winners and 10 Grand Prize winners of the Global Visual AI Rockstar Hackathon. The hackathon’s objective was to see which of the participants could comprehensively catch and fix functional and visual bugs using both their preferred code-based approach and Visual AI.

Out of 3,000 participants and 300 finalists, the top 100 winners received cash prizes. The winners were comprised of a diverse group of QA engineers, QA managers and software developers from 38 countries. These participants wrote automation tests against a pre-built Hackathon app for five common use cases in both the traditional approach and the Visual AI approach. They used Selenium or Cypress test runners and several programming languages such as Java, JavaScript, Python, and C# to write their tests. The $42,000 prize pool recognized those who delivered the most test coverage and the highest quality test results.

“This challenge propelled me into digging for alternative ways to traditional testing,” said Grand Prize Winner, Corina Zaharia. “While solving the challenge, I realized that a tool like Applitools will save time on the proposed scenarios while still delivering the same value as other traditional frameworks.”

“The Visual AI Hackathon was a fun way to discover the limitations of current ‘traditional ways of testing’ versus what Applitools provides,” said Grand Prize Winner,
Ioan Cimpean. “From simple image comparisons, broken layouts, intended changes to broken sort algorithms, dynamic content and JIRA integrations, the bottom line is that you still need the screenshot anyway (for bug reporting and collaboration) around the issue.”

“The response we received to the first-ever Global Visual AI Rockstar Hackathon was phenomenal,” noted Raja Rao, Sr. Director and Head of Growth Marketing at Applitools. “Participants used Applitools in so many diverse and unique ways for their test automation submissions -- it was enlightening to see the increased usage of Visual AI technology and ways it can be applied in the real world.” 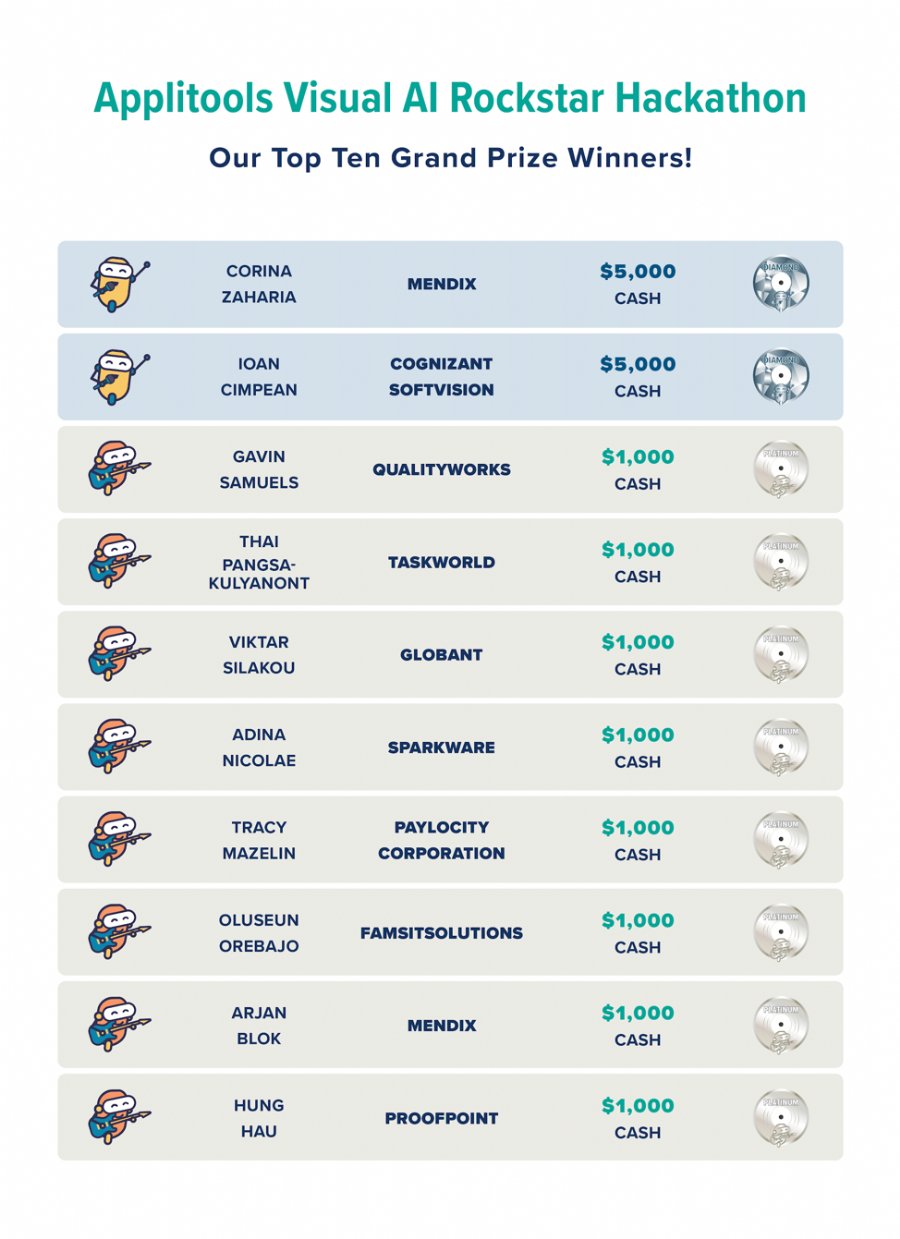