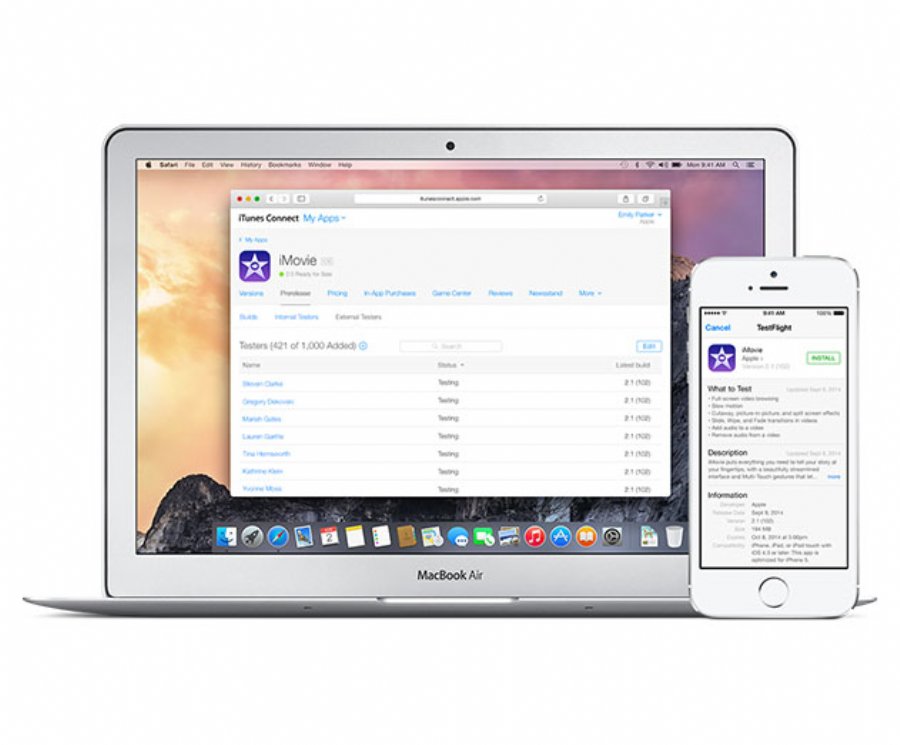 
13,201
Apple’s TestFlight platform has announced it is now easier to manage external testers using the platform. Improvements have been made to provide the ability to organize testers into groups to quickly send builds, provide separate instructions on where to focus, and to apply an action to several testers at once in TestFlight.
Apple acquired the TestFlight platform when it purchased Burstly early last year. iOS developers can use the platform to get an app ready for app testers, upload a beta build of the app from Xcode and add the names and email address of people to test in iTunes Connect. Developers can share beta builds with up to 25 members of a team who have been assigned the Technical or Admin role in iTunes Connect and each member can test on up to 10 devices.
Once ready, up to 1,000 users who are not part of the development organization can be invited to beta test an app that is intended for public release on the App Store. Apps made available to external testers require a Beta App Review and must comply with the full App Store Review Guidelines before testing can begin. A review is required for new versions of an app that contain significant changes.
Up to 10 apps can be tested at a time, internally or externally. Once a beta app is installed, TestFlight will notify testers each time a new build is available, provide instructions on where to focus, and offer a way to give feedback.
TestFlight beta testing requires iOS 8 or later, and can be used in all 155 countries where the App Store is available.